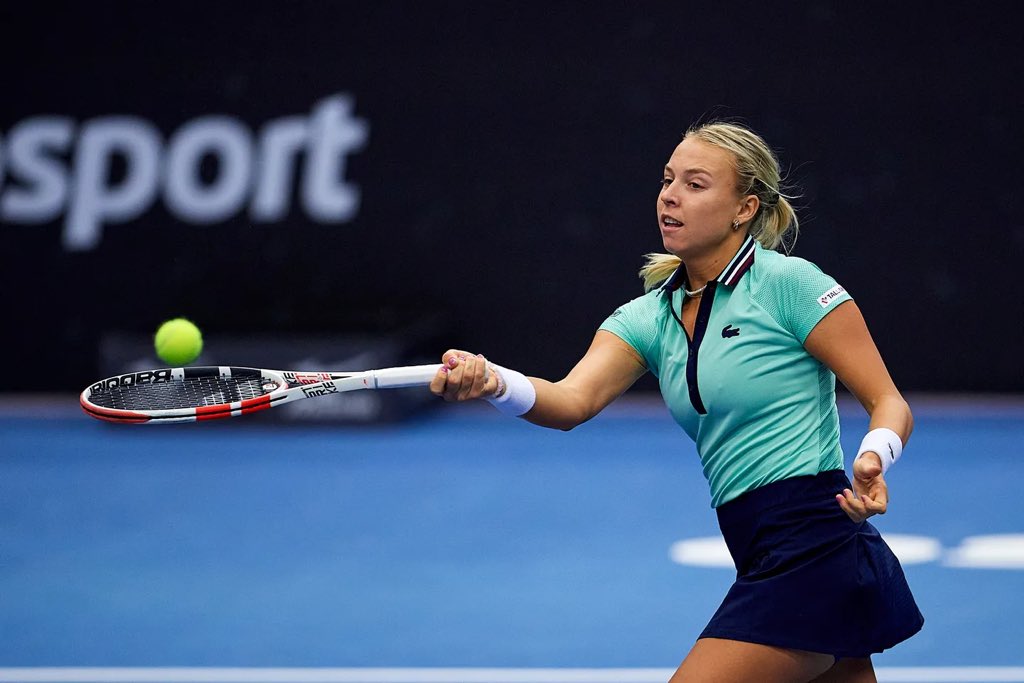 The recent resurgence of Anett Kontaveit shows no signs of slowing down after she cruised to the Ostrava Open title on Sunday without dropping a set in the entire tournament.

Kontaveit, who is currently ranked 30th in the world, battled her way to a 6-2, 7-5, win over Greek fourth seed Maria Sakkari. Throughout the clash the Estonian didn’t drop her serve as she fired a total of 26 winners past her opponent who is the third consecutive top 20 player she has defeated on the Tour. Earlier in the tournament she also dismissed Olympic champion Belinda Bencic and home favourite Petra Kvitova.

Impressively Kontaveit has won 12 out of her past 13 matches played with her only loss being to Iga Switek at the US Open. Her rise started in August at the Cleveland Championships where she lifted only the second WTA title of her entire career. Prior to the tournament, she was on a four-match losing streak.

“I think I really started enjoying playing again, and I think that’s been the main key,” the 25-year-old commented on her recent results on the Tour. “I’m having a really good time on court and I’m having fun through the battles and the tough matches as well. I sort of started finding my way in Cleveland.”

Helping her find footing once again is Dmitry Tursunov, who previously worked with Aryna Sabalenka. The two started collaboration on a trial basis during the summer. Tursunov reached a high of No.20 on the men’s Tour during his professional career and won seven ATP 250 titles.

“My new coach also has given me some new energy and new perspectives as well. I’m just feeling a little more comfortable and enjoying myself more.” She said.

After her success in the Czerch Republic, Kontaveit will climb up the rankings on Monday as she nears an entry back into the world’s top 20 for the first time since September 2019. She is projected to rise to 23rd spot.

“When you are winning matches it definitely gives you confidence,” she explains. “I feel like I am definitely playing better than I was in the middle of the season and I think good things can come of it. I don’t want to put any pressure on myself, I’ve really had a good time on court, and I’ve enjoyed it. That’s the thing I’m really most happy about.’
“One of my friends, who is here this week in Ostrava, she played doubles, she told me ‘While we’re here we might as well enjoy it’ – that really sort of stuck with me this week.”

Kontaveit has won 31 matches so far this season.

Related Topics:anett kontaveit
Up Next