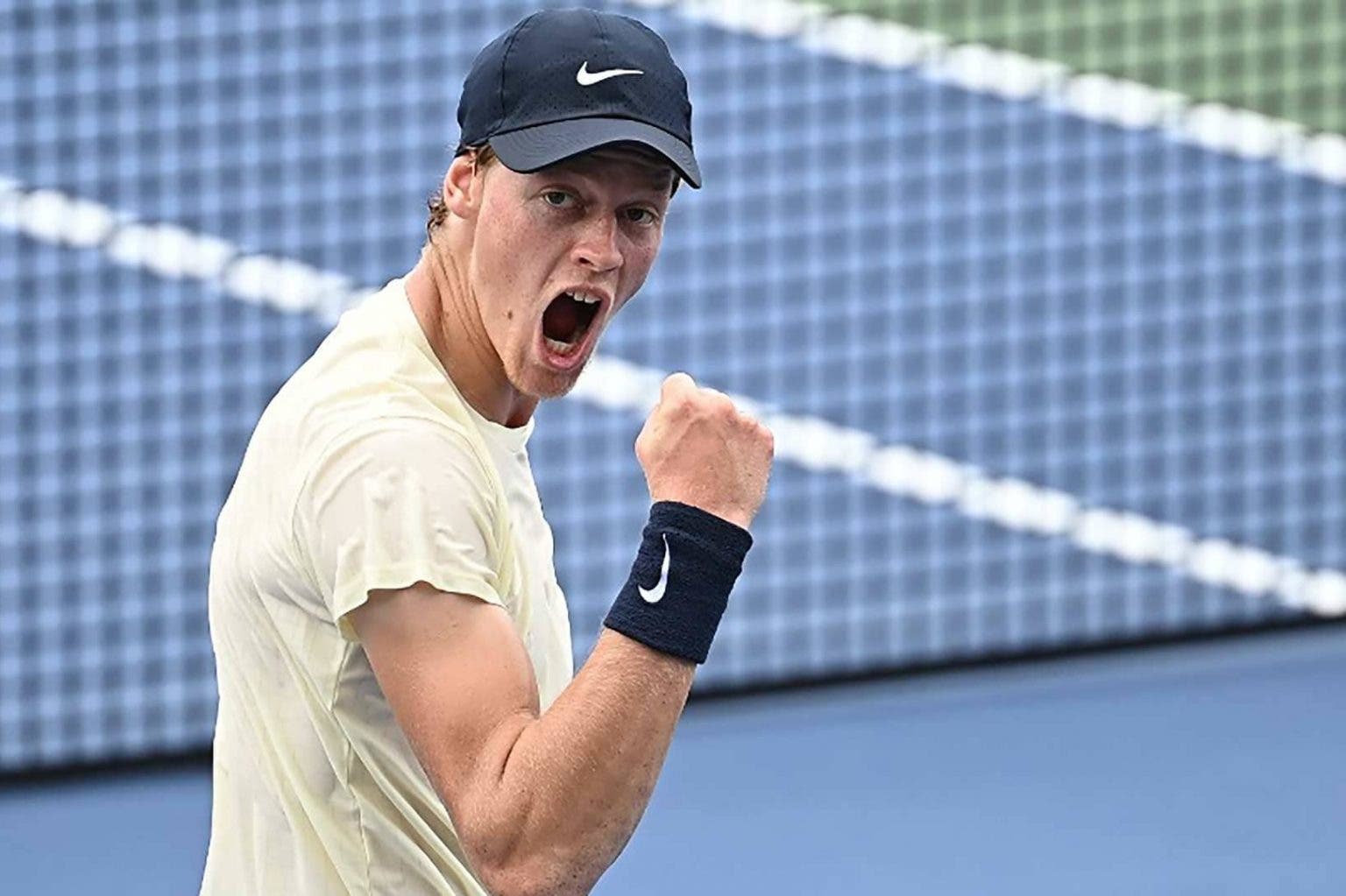 Jannik Sinner beat Federico Delbonis 6-2 7-5 after 1 hour and 38 minutes on his 20th birthday at the Western and Southern Open in Cincinnati.

Sinner saved three break points in the second game of the opening set. The Italian star converted his fifth break point in the third game and broke for the second time to open up a 4-1 lead. Delbonis pulled one break back in the sixth game. Sinner earned his third break in the seventh game to close out the first set 6-2 in 39 minutes.

Sinner went up a set and a break to take a 4-2 lead, but he missed two points for 5-2. Delbonis won three consecutive games from 4-2 to take a 5-4 lead. Sinner converted his fourth break point in the 11th game with a backhand winner before holding serve to seal the second set 7-5.

“For me the biggest present was playing in front of the crowd, and getting the win makes it perfect. Winning is the cherry on the top. Delbonis played well. He is a very tricky player. There are a couple of areas that I have to work on, but it was an important win for me”, said Sinner.

Sinner won the Washington title earlier this month to become the youngest ATP 500 champion since this tournament category was created in 2009. Sinner is currently ranked 10th in the ATP Race in Turin.

Snner will take on either Toronto semifinalist John Isner or Los Cabos champion Cameron Norrie in the second round.

Fabio Fognini edged Nikolz Basilashvili 7-6 (7-3) 6-3 after 1 hour and 40 minutes to set up a second round against Guido Pella.