It has been a far from the perfect year for Bianca Andreescu who has sought help from one of the sports most experienced coaches.

The Canadian has been blighted by injury since her breakthrough season in 2019 when she won the US Open and rose to a ranking high of number four in the world. It looked as if Andreescu was back on track in March when she reached the final of the Miami Open before suffering an injury that forced her to retire from the title match. A couple of months later her start to the clay swing was postponed after she tested positive for COVID-19. Since then, she has won just three out of her nine matches played.

Still just 21, Andreescu recently ended her partnership with coach Sylvain Bruneau after four years of working together. Searching for a replacement, she is now seeking guidance from Sven Groeneveld on what is a trial basis. The 58-year-old has previously worked with the likes of Maria Sharapova, Monica Seles, Ana Ivanovic, Caroline Wozniacki and Arantxa Sanchez Vicario.

“I wanted someone who’s a very good communicator, who doesn’t bulls–t me, who’s very honest. If he doesn’t like something, I want him to tell me up front. And I want to be able to be open with that person as well because that’s how you improve and you build on a relationship,” Andreescu told reporters on Saturday. “And also, having good experience on tour because I want to get to the next level in my career. And he has all of those things.”

How the two got acquainted is through the help of Andreescu’s newly appointed agent Max Eisenbud. She officially moved management companies to IMG Tennis back in June. Coincidentally Eisenbud was the former agent of Sharapova, who had previously worked with Groenveld.

Shedding some light on their work together, Andreescu praises the fine details of work being conducted by her new mentor.

“That’s what I appreciate the most, because I don’t feel like a lot of people (are). Like for my serve and just my movement in general on court, he gives these little key points that really stick with me and make a big difference,” she explained.

The next challenge for the world No.5 will be the National Bank Open where she is the defending champion after winning the title in 2019. Last year’s tournament, which used to be called the Rogers Cup, was cancelled due to the COVID-019 pandemic.

Whilst practice appears to be going well for Andreescu, there remain unanswered questions about how she will fair during matches.

“On the court, I feel like I’m the same person because I am fearless. I feel confident at least, now,” she said. “I know practices aren’t the same as playing matches. So I really want what’s happening in practice to correlate in my matches.
“All I can say is, I’m super excited. And I want to win this again.”

Granted a bye in the first round, Andreescu will start her campaign at the National Bank Open against either her compatriot Leylah Annie Fernandez or a qualifier.

The ex-world No.1 has vowed to ‘learn from this episode’ after crashing out of the tournament. 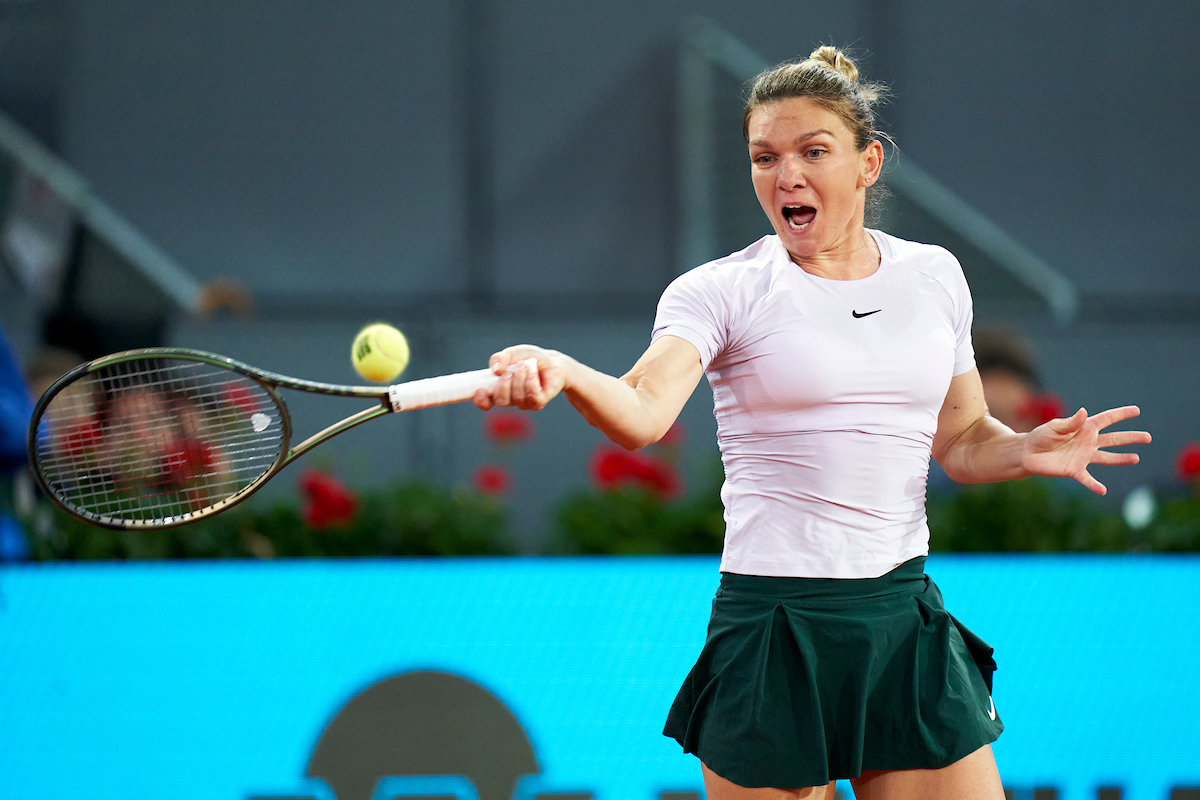 Former champion Simona Halep says she ‘lost it’ during her shock second round exit from the French Open on Wednesday.

The 19th seed was a set and a break up against Chinese world No.74 Qinwen Zheng before losing 2-6, 6-2, 6-1. In total Halep hit a costly 29 unforced errors against only nine winners and was broken five times overall.

“It was a difficult one. I was playing well at the start. I had a break in the second set, but then something happened. I just lost it.” Halep said during her press conference.
“But she’s (Zheng) playing well and she played a good match in the end.”

During the match Halep sought medical attention and appeared to be far from her best form. In the decider her blood pressure and pulse was checked by a doctor. She later revealed that the source of her issue was a rare panic attack which she says hadn’t really happened to her during any Tour match until now. The Romanian has been playing in the main draw of major events for 12 years.

“I didn’t expect it because it was just a panic attack,” she said.
“I didn’t know how to handle it because I don’t have it often. I don’t really know why it happened because I was leading the match. I was playing well.’
“I couldn’t focus. After the match it was pretty tough. But now I’m good. I’ve recovered and I will learn from this episode.”

The 30-year-old concedes her panic attack might have been triggered by her desire to do well at the French Open where she won the title in 2018 and reached the final on two other occasions. Heading into this year’s draw she only played two clay events, reaching the quarter-finals in Madrid and then the second round in Rome.

“I didn’t feel better during the match. If I would have felt better, I would have started to play a little bit better,” she states.
“I couldn’t manage it and I don’t have many words about it. I just have to accept it and take it.’
“It’s part of the process, and I’m already looking forward to being better in that case if it’s going to happen, but I hope not.”

This year is Halep’s earliest exit from the French Open since 2013 when she lost in the first round.

The world No.3 insists that she is ‘feeling good’ after being knocked out of the Grand Slam.

Maria Sakkari says she is confident she is heading in the right direction despite suffering her earliest loss at the French Open since 2019.

The fourth seed, who reached the semi-finals at Roland Garros 12 months ago, was ousted 7-6(5), 7-6(4), by Czech Republic’s Karolina Muchova. A former top 20 player who reached the last four of the Australian Open in 2021 before suffering from injury issues. Sakkari produced a costly 37 unforced errors which cancelled out the 31 winners she produced during the second round encounter.

“She played an amazing match. She always plays extremely well in Grand Slams and today she was the better player, so I have to give it to her,” Sakkari of Muchova said during her press conference.
“It’s disappointing for sure because it (the French Open) is still my favourite tournament and I’m sad.” She added.

Sakkari’s defeat concludes what has been a roller-coaster clay court swing for the Greek. In Stuttgart she was forced to retire during her opening match due to a gastroenteral illness. At the Madrid Open she crashed out in the second round to Daria Kasatkina before losing in the quarter-finals of the Italian Open to Ons Jabeur.

However, the 26-year-old believes there are positives which can be drawn from her latest match in the French capital.

“I found myself again in the court. I’m feeling good. I’m fighting. I’m enjoying my time on the court so I think that great things are going to happen soon,” she states.

Historically Sakkari has enjoyed mixed fortunes when it comes to playing in major tournaments. Last year at the Grand Slams she made two semi-final appearances, as well as losing in the second round at Wimbledon and the first round of the Australian Open.

“I wanted to do well, but things are different every year and we have seen so many upsets, and so many upsets all these years. At this level you always have to accept that you cannot go deep in every single tournament or every single big tournament,” she reflected.
“It’s very disappointing because I really wanted to do well again but I’m sure that I have a few more years left in my career.”

As for Muchova she is through to the last 32 in Paris for the second year in a row. Awaiting her next will be 27th seed Amanda Anisimova who defeated Donna Vekic 6-4, 6-1, in her second round match.