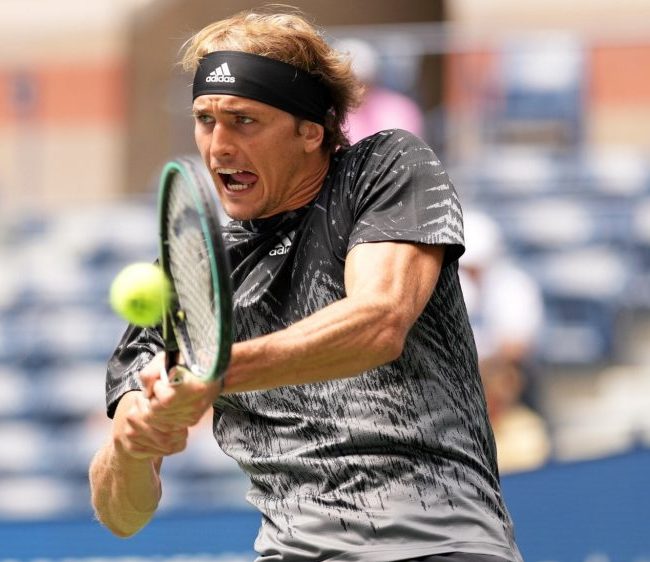 Germany’s Alexander Zverev believes is it unnecessary for Stefanos Tsitsipas to take lengthy breaks during his matches after cruising into the second round of the US Open.

The world No.4 was in impressive form throughout his 6-4, 7-5, 6-2, win over America’s Sam Querrey where he didn’t face a single break point. Overall, the German won 90% of his first service points as he blasted 18 aces and 40 winners past his opponent. Extending his winning streak to 12 matches.

“Sometimes it’s good to know that you’re playing a very difficult opponent the first round because then you’re extremely focused and you know you have to play at a high level,” Zverev said during his press conference.
“If you look at a little bit of (my) history, I was always struggling with the guys that may be a little bit unknown, not ranked as high or didn’t have a history of playing well in big events. Those are the guys I always struggled with in the first few rounds.”

Zverev, who finished runner-up to Dominic Thiem in New York 12 months ago, comes into the tournament high in confidence. Since Wimbledon, he has won a gold medal at the Olympic Games and another Masters 1000 title in Cincinnati. During that period he has scored wins over top 10 players Novak Djokovic, Tsitsipas and Andrey Rublev.

Whilst admitting Djokovic is the favourite to win the title, Zverev says he and others are ‘hungry for the title. Listing some names of players who could challenge the world No1, he joked that Tsitsipas has a chance ‘if he doesn’t go to the moon and back for a toilet break.’ Recently the Greek has been under fire over the length of breaks he takes during matches with Andy Murray calling him out following their first round clash in New York.

The 24-year-old says players are bonded by an ‘unwritten rule’ concerning breaks before adding that throughout his career he ‘win and lose by playing tennis on the court.’ Tsitsipas has been accused of using breaks for tactical reasons and Zverev even claimed he used his mobile phone during a break in their match at the Western and Southern Open a couple of weeks ago. A statement he still stands by.

“He’s gone for 10-plus minutes. His dad is texting on the phone. He comes out, and all of a sudden his tactic completely changed. It’s not just me but everybody saw it. The whole game plan changes,” he said.
“I’m like either it’s a very magical place he goes to or there is communication there.’
“But I also don’t want to disrespect him. He is a great player. He is No. 3 in the world for a reason. He’s winning tournaments and playing incredible tennis this year for a reason, so it’s not only that.”

Zverev will play Spain’s Albert Ramos Viñolas in the second round on Thursday.

Stefanos Tsitsipas’ US Open Match Breaks Isn’t The Issue, It Is The Fact He Is Allowed To Do So