Wimbledon Scare Was A Turning Point For Karolina Pliskova - UBITENNIS 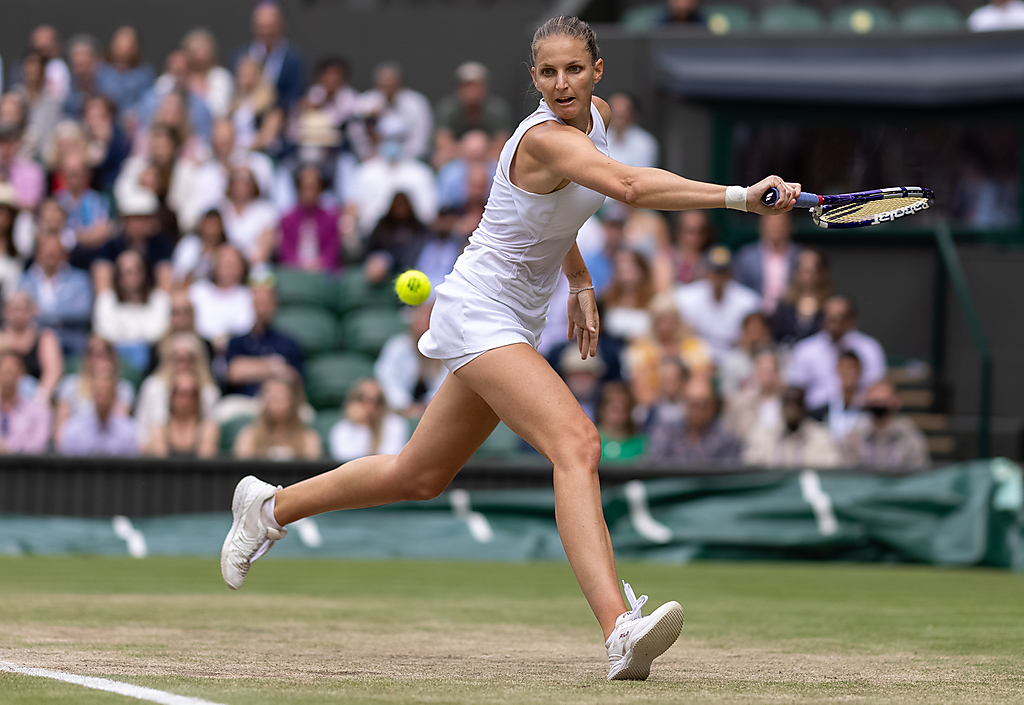 Karolina Pliskova (CZE) playing against Aryna Sabalenka (BLR) in the semi-final of the Ladies' Singles on Centre Court at The Championships 2021. Held at The All England Lawn Tennis Club, Wimbledon. Day 10 Thursday 08/07/2021. Credit: AELTC/Simon Bruty

It has been a turbulent past few weeks for Karolina Pliskova who has gone from a lull in form to reaching her second major final at Wimbledon.

The former world No.1 came into the tournament short of match wins with few people talking up her chances of winning. It started at the Italian Open back in May when she was crushed 6-0, 6-0, by Iga Swiatek in the final. Then she fell in the second round at the French Open before losing her opening matches in Berlin and Eastbourne.

Despite those setbacks, Pliskova has managed to turn her fortunes around in Wimbledon where she has dropped just one set en route to the final. Doing so in the semi-final against second seed Aryna Sabalenka in a match which featured 32 aces. So what has been the trigger for her resurgence?

“Every tournament we go to I kind of really do not expect her to do well but we aim for big results. Maybe this time I was a little bit more vocal,” coach Sascha Bajin told reporters on Friday.
“It was after that first match against Zidansek. She was 2-5 down in the first set and something happened. It’s very hard for me to explain. I saw something change. She got up off the chair, a different look in her eyes, like a different play. It was something about her that changed.’
“From that day I told her every day that we’re going to be here two weeks later having this conversation. I’m just happy it worked out.”

Bajin, who is a former hitting partner of Serena Williams, started to work with Pliskova towards the end of 2020. He was the person who guided Naomi Osaka to her first two Grand Slam titles and won the inaugural WTA Coach of the Year award back in 2018. He has also worked with Kristina Mladenovic and Dayana Yastremska.

“They’re all very different. It’s more about their personality. I think a lot of that personality displays on court as well,” he explained.
“Karolina, for being a former world No. 1, she’s a huge name in tennis and she’s incredibly humble. She has a totally different on-court personality than off court, which makes my job also a lot more fun I have to say. On the court, she can seem kind of cold. Off court she’s nonstop laughing, smiling, cracking jokes.”

At the age of 29 Pliskova is one of the few yet to have won a major title after being ranked world No.1 at some stage of her career. Jelena Jankovic and Dinara Safina never triumph in a major despite rising to the top. Meanwhile, Caroline Wozniacki was 27 when she won her first.

Bajin believes a reason for Pliskova’s lack of Grand Slam glory is more to do with her mental side rather than physical. Since appearing in the final of the 2016 US Open, she has reached the last eight or better in seven out of 18 major events played (including Wimbledon this year).

“I always said, even in Australia (at the Australian Open) I felt like she wanted it so much. It’s something she wanted so much. The problem becomes if you want something so much, it’s just as bad as not wanting it enough. It kind of paralyzes you and it looks like you don’t care, when it’s the complete opposite,” he explains.
“That’s why this time I kind of really was telling her, Listen, you’re going to win this, you’re going to be here for two weeks. I wanted to put that in her mind every day with a tiny little input. At least it worked,” he added.

Pliskova will play Ash Barty in the Wimbledon final on Saturday.