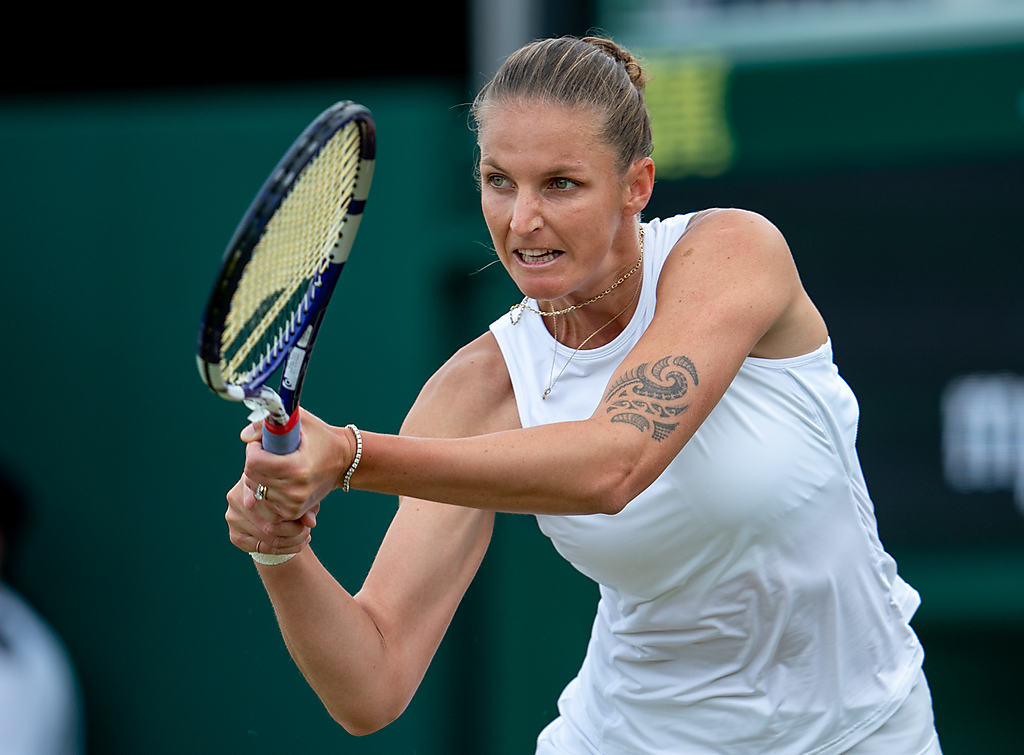 Former world No.1 Karolina Pliskova has sent a warning to the women’s draw with a dominant straight sets win over Viktorija Golubic at Wimbledon.

Playing in the last eight of the Grand Slam for the first time in her career, Pliskova was in clinical form throughout her 6-2, 6-2, triumph on Court One. Hitting a total of eight aces, 28 winners and breaking her opponent three times during the match. The win avenges her loss to Golubic five years ago at The Billie Jean King Cup.

“I’m super happy to be through because it is my first semi-final at Wimbledon. I think it was my first time on this court this year and I had to work really hard to get here,” Pliskova said afterwards.
“I think we (both) played at a good level. Of course, the score makes it look a bit easy but in the end it was very tricky. I think she is playing some great tennis beating some great opponents this week so it was not an easy match.”

Heading into the quarter-finals former world No.1 Pliskova had dropped serve just three times in the entire tournament. She maintained those high standards throughout the opening set of her clash with Golubic by winning 85% of her first service points. Midway through Pliskova drew blood for the first time with a smash that touched the top of the net before landing in granting her a break to lead 4-2. Rapidly gaining in momentum, the Czech worked her way to two set points a couple games later following a Golubic double fault. She converted her first following another error from her Swiss opponent.

Despite clinching the opener, Pliskova was still wary of the threat she faced across the court. In her only previous meeting with the world No.66 she boasted a 6-4, 4-2, lead before losing. However, history would not repeat itself at The All England Club. A three-game winning streak at the start of the second frame moved the 29-year-old nearer to the finish line. The only threat she faced was when she was leading 4-2 and had to fend off a trio of break points before moving to a game away from sealing victory. On her fourth match point opportunity she prevailed with the help of a powerful forehand shot which drew a mistake from her opponent.

“I feel that I am improving with every match. With my days off in between I had the opportunity to improve on my footwork, my game and everything today was working quite well. I was feeling super fit today,” Pliskova commented on her current form.
“I feel that my game has been good over the last two weeks, even in practice. I also had some good preparation with my team. I’m really happy with that and hope I can continue,” she added.

The victory sends Pliskova into the last four of a Grand Slam for only the fourth time in her career and the first since the 2019 Australian Open. She will next play either Ons Jabeur or Aryna Sabalenka for a place in the final. She leads Jabeur 2-1 in their head-to-head but is yet to defeat Sabalenka on the Tour.

In the Open Era only two women have won the Wimbledon title whilst representing the Czech Republic. Jana Novotna did so in 1998 followed by Petra Kvitova in 2011 and 2014.

Wimbledon Hits Back At Criticism Of Scheduling