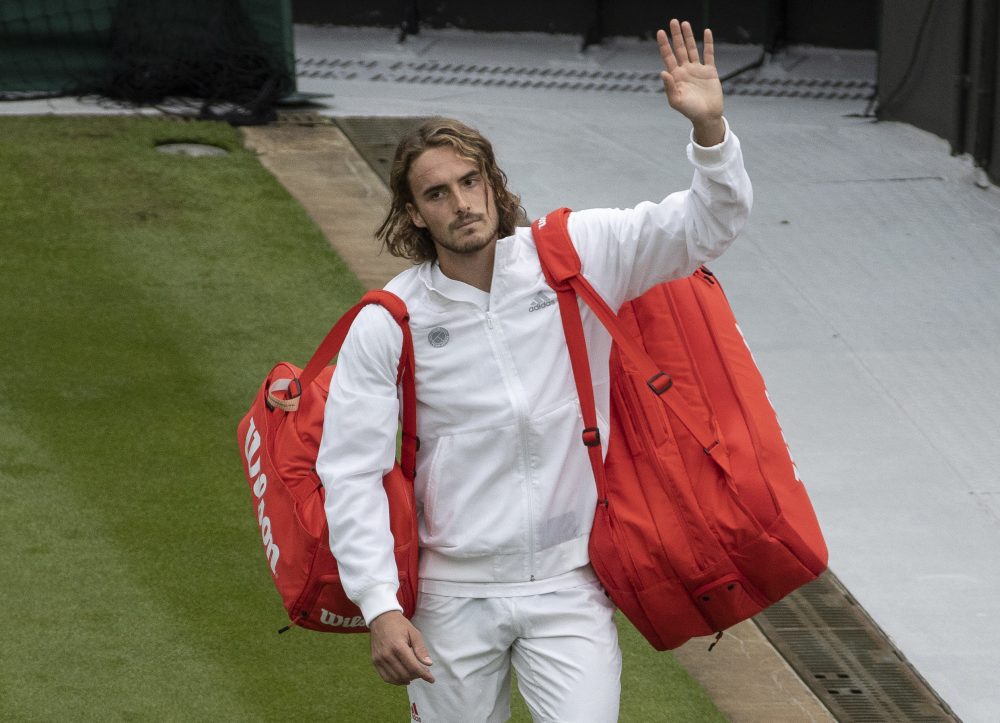 Stefanos Tsitsipas (GRE) waves to the crowd after being defeated by Frances Tiafoe (USA) in the Gentlemen's Singles on No.1 Court at The Championships 2021. Held at The All England Lawn Tennis Club, Wimbledon. Day 1 Monday 28/06/2021. Credit: AELTC/David Gray

Stefanos Tsitsipas says tennis needs to take a ‘step forward’ and allow the use of on-court coaching at all tournaments.

The world No.4 has come out in favour of the rule change by posting his view on Twitter. Currently the practice is banned on both the ATP Tour and in the main draw of the Grand Slam tournaments. However, it has been a regular fixture on the women’s WTA Tour since 2008. The practice allows players to be coached throughout their matches.

Tsitsipas believes tennis needs to come more in line with other sports which allows such practices to take place. Patrick Mouratoglou, who is the coach of Serena Williams and mentor to Tsitsipas, has also called for on-court coaching to be made legal. Mouratoglou was accused of coaching Serena Williams during the 2018 US Open final after umpire Carlos Ramos penalised her.

“Coaching on every point should be allowed in tennis. The sport needs to embrace it,” Tsitsipas wrote on Twitter. “We’re probably one of the only global sports that doesn’t use coaching during the play. Make it legal. It’s about time the sport takes a big step forward.”

Tweeting his support, Daniel Vallverdu said he “100%” agreed with the statement. Vallverdu is the current mentor of Stan Wawrinka and is also a member of the ATP Players Council.

Getting involved in various discussions on social media regarding his statement, the 22-year-old says the ‘vast majority’ of coaches are already conducting on-court coaching. Therefore, such a rule change will not a substantial impact.

“It is also a very basic truth that the vast majority of tennis coaches are actually coaching on court, despite the rules,” Tsitsipas said in reply to one comment. “Occasionally the players are punished for it, but for the most part they are not.”

Critics argue that the use of on-court coaching takes away players’ mentality to get through matches as they would be relying on others. It is also argued that such a system would create an unfair balance for lower players who can’t afford a coach. Something Tsitsipas disputes.

“Everybody has a coach; it’s affordable at this level of the sport. We’re talking about professional tennis (ATP & WTA Tour). I personally have never faced a player that didn’t have a coach at his disposal,” he said.

Tsitsipas lost in the quarter-finals of the Hamburg Open to Filip Krajinović earlier this week. He will return to action next week at the Olympic Games in Tokyo.