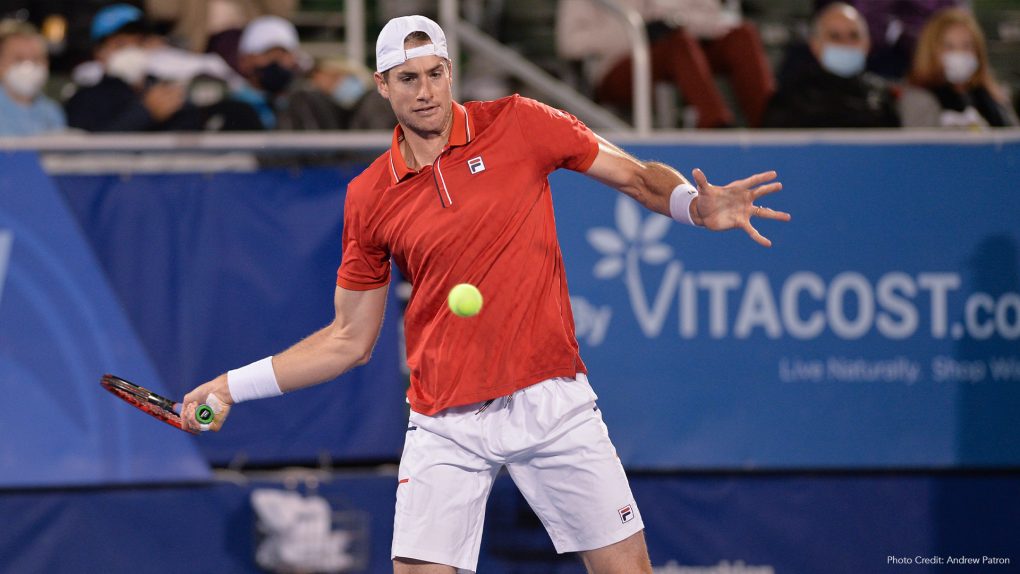 Instead of travelling halfway across the globe to represent his country, John Isner is in sunny Mexico getting ready to play in his first hard court event of the summer.

The American is the second seed at the Los Cabos Open behind Cameron Norrie and will be seeking his 16th title on the ATP Tour. Isner is one of five player from his country seeded in the tournament.

“I was supposed to play (Los Cabos) last year and as we all know the tournament did not happen so I was bummed out about that. There is no doubt and I am very excited to be back here this year”. Isner told reporters during a press conference ahead of his campaign.

The world No.39 has not played since being upset in the first round of Wimbledon by Yoshihito Nishioka and has only played in six tournaments since January.

” I haven’t played much since the tour shut down last year and that’s not because of injury or anything. The tour has looked different and I have a family”.

However, Isner did announce that his family is growing and that his wife is pregnant with their third child. For him right now life at home has been more important to him.

Although this is his favourite time of the year playing on hard courts in the US swing.

” I love playing on hard courts, I love playing in North America and I’m here doing that again so I’m going to play a lot this summer and hope I can do well,” he said.

With Ivo Karlovic retiring at the age of 42 later this year and being a big server like Isner, some are wondering if the American would also be tempted top continue playing into his 40s?

“Well see, maybe not till 42 and I might not want to but the good thing is physically I feel very good and healthy,” he said. “I spent a lot of time trying to keep myself healthy and as Ivo has known when you have a big serve it can keep you around for a long time so hopefully that’s the case for me and I don’t want to retire anytime soon, I still have the hunger to play”.

In recent weeks a lot of tennis players pull out of Tokyo Olympics due to various reasons such as scheduling, injury and restrictions related to the COVID-19 pandemic. Back in March Isner said he would not be playing at the event because ‘it is not a priority’ at this stage in his career. A decision he has no regrets about.

“I think I did the right move not going and its sort of a similar move I made not going to Australia,” he explained. “Times are different and we as the players certainly respect that and for Australia, it’s not something I wanted to be a part of and being away from my family that long and having already competed at the Olympic games before I feel like I have that experience and it was absolutely amazing and at this point of my career it wasn’t on my priority list and everyone is different and for me, it’s about being close to my family, traveling with them and they are here right now which I am certainly loving”.

Unfortunately, Los Cabos will be held behind closed doors as opposed to Acapulco when they had some capacity of fans and the Dallas, Texas resident was asked about that as well.

” It’s certainly been different and we respect the decision to have no fans here but for me, I would rather have fans but we understand why and as a tennis player I don’t feel like I have a right to complain at all because we get to play”.

Another hot topic that has been buzzing lately was the Naomi Osaka situation where she came out and announced she wasn’t going to do press any more due to mental health.

” I think it’s important to talk to the media and to give back as much as possible and I don’t believe the media is our enemy but at the same time you have to respect everyone’s opinion, I certainly don’t know what Naomi is going through and I am not going to judge at all, she’s a megastar and it’s not my right to agree or disagree”. Isner said.

Stefanos Tsitsipas recently came out and said that he would like to have on-court coaching allowed in Tennis and once again Isner was asked to give his thoughts and opinion of the idea which he thinks isn’t a good idea.

” I think there is merit in what he is saying but I personally disagree with that and this is coming from someone who played four years of college and we had coaching every single point during our match but what I think is cool about tennis is you don’t have coaching and it’s a good differentiating factor from the other sports going one on one trying to figure it out by yourself which I think is unique so I don’t personally love the idea”.

Isner is the number two seed and isn’t scheduled to play until Wednesday night in the second round where he will either face Evgeny Donskoy or Jason Jung.

Related Topics:John Isner
Up Next