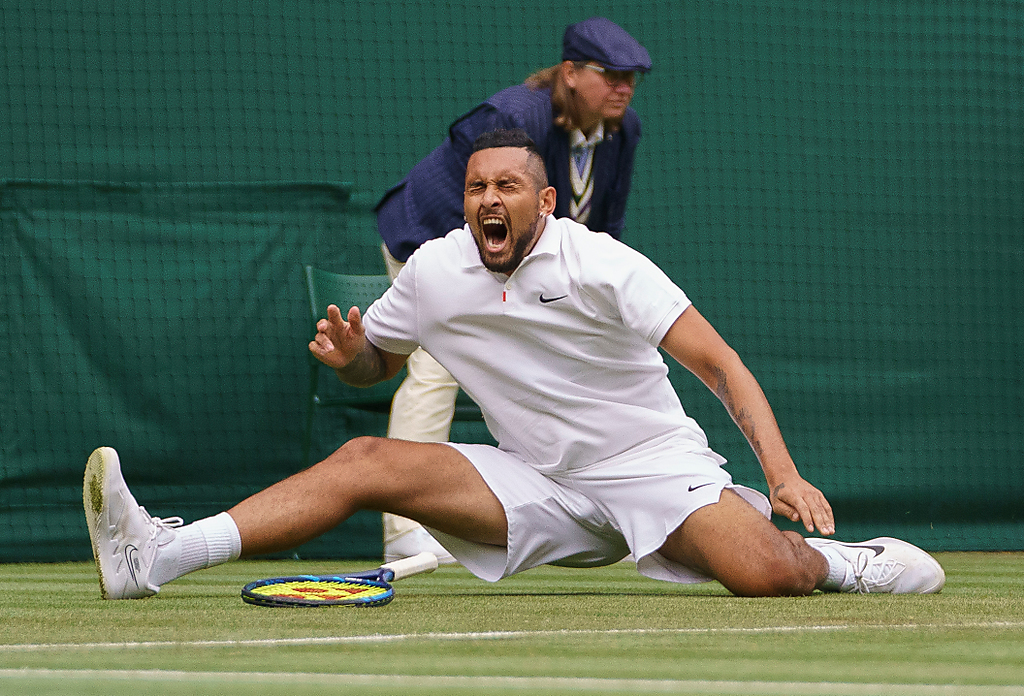 Nick Kyrgios (AUS) falls over in pain during his match against Ugo Humbert (FRA) on No.1 Court in the first round of the Gentlemen's Singles at The Championships 2021. Held at The All England Lawn Tennis Club, Wimbledon. Day 3 Wednesday 30/06/2021. Credit: AELTC/Jon Super

The chef de Mission of the Australian Olympic Open team says he respects whatever decision Nick Kyrgios makes regarding his participation at the upcoming Games in Tokyo.

Kyrgios was named in the 11-player team just last week along with the likes of Ash Barty. However, since then the world No.60 has cast some doubt over his attendance due to COVID-19 restrictions which will be implemented. Some of the rules include requiring athletes to eat alone, daily testing and refraining from talking in confined spaces such as elevators. The measures have raised concern among some athletes that they will not be able to get the proper Olympic experience whilst in Tokyo.

Recently speaking about the event during Wimbledon, Kyrgios has admitted that he is one of those athletes who has reservations. The Australian says he has always wanted to play in the Olympics but is weighing up his options and could play in another tournament.

Chef de mission Ian Chesterman says the current circumstances are far from ideal but he is hopeful that the tennis star may compete in the event. Australia has won five Olympic medals in tennis but only one of those occurred in single competition when Alicia Molik claimed a bronze medal back in 2004.

“It has been a very difficult lead-up for all athletes,” Chesterman said when asked about Kyrgios. “We’ve had a number of athletes … decide they won’t go for a whole lot of different reasons [given the delay].
“We would still love to see Nick over at these Games. He knows he is welcome at these Games and I still think it would be a fantastic outcome for tennis and for our team if he was there.
“But I understand and respect his decision, whichever way he goes, because the [Tokyo] Games are different. People have to believe they can perform under these circumstances.”

In reality it is looking more likely that Kyrgios will not be participating in the Games given his latest injury setback. At Wimbledon he was forced to retire from his third round match against Felix Auger-Aliassime due to an abdominal injury. Following the retirement he said his body ‘wasn’t where it needed to be to continue to play at this level.’

Another issue which may deter Kyrgios from playing in the Olympics could be that it coincides with the start of the North American hardcourt swing with valuable ranking points at stake. Due to adjustments being made to the ranking system because of the pandemic players have a larger period of results which they can use to determine their place. Kyrgios’ place in the top 100 has been aided by his triumph at the 2019 Washington Open and he could fall down the rankings if he misses that event this year.

The Olympic tennis tournament will start on July 24th.