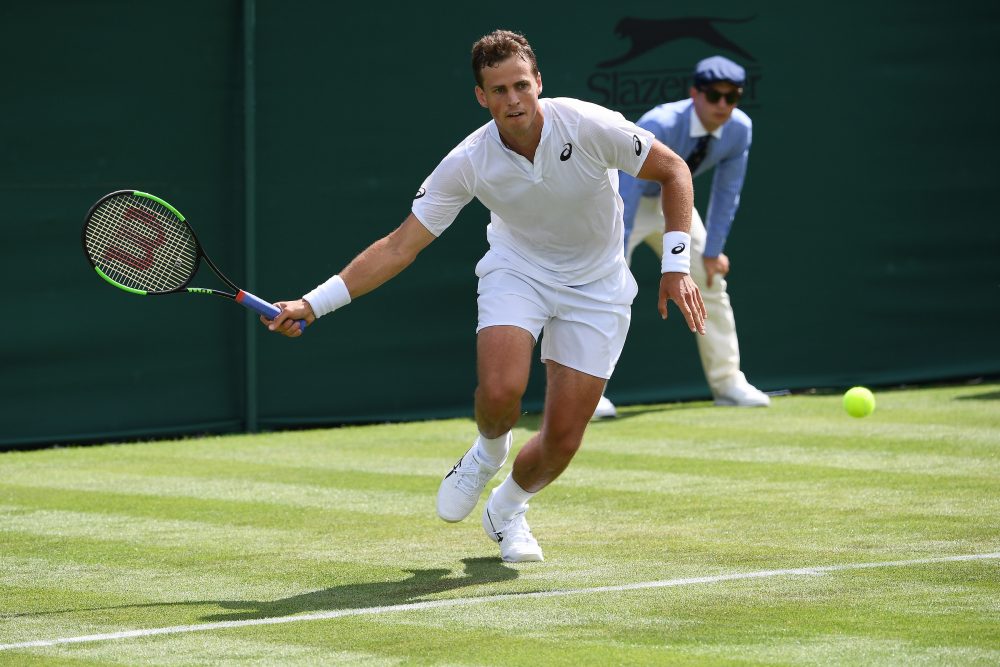 Vasek Pospisil won his opening match at Wimbledon by beating Roberto Carballes Baena 6-3, 6-3, 6-3. The Canadian fired 18 aces and 50 winners in a match that lasted one hour and 44 minutes.

Play was delayed on day one by four hours as the morning started with rain and while Wimbledon main courts have retractable roofs the outside courts do not which caused some matches to be delayed and cancelled.

The first four games went on serve and it was the Canadian who had the first chance to break at 2-2. He got the early break to take a 3-2 lead with a great backhand passing shot.

Pospisil than went to serve out the set at 5-3 to take 1-0 set and carried the momentum into the beginning of the second set when he got an early chance to break with a great return winner and broke to take a 2-0 lead.

At 5-2 with the Vernon, BC native serving for the first set the world number 100 managed to earn a chance to get a break back and broke with a sublime volley winner but Pospisil would break the following game to bag the second set.

Early in the third set it was the world number 66 with a chance to break at 1-1 and he got the crucial break before earning a chance to go up a double break and sealed with another sensational backhand passing shot down the line.

Pospisil saved a crucial breakpoint at 3-1 and eventually served out the match to set up a second round encounter with the American Frances Tiafoe who pulled off the upset of the day beating the Greek Stefanos Tsitsipas.