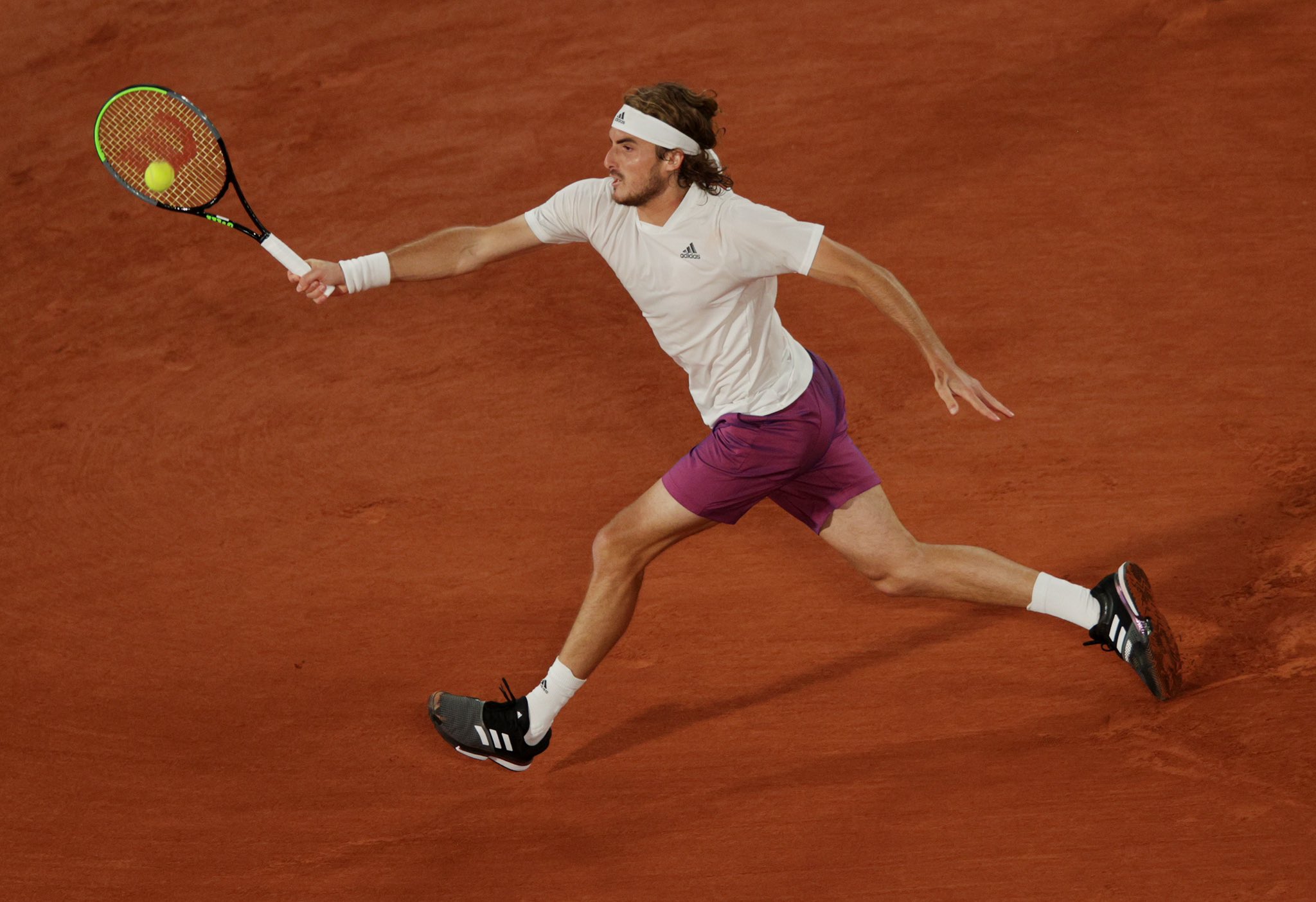 Stefanos Tsitsipas is into the semifinals of the French Open after beating the world number two Daniil Medvedev 6-3, 7-6, 7-5 in two hours and 19 minutes. The world No.5 produced 33 winners in the win while his Russian rival hit 44 unforced errors.

” I was playing against one of the best guys on the tour, I had to keep up with the intensity and elevate my game during the entire match,” Tsitsipas said afterwards.
“I felt like I was playing really good and not giving him space. I think it was one of the best matches I played this week and I am really happy with that.”

The match started on serve and it was pretty tight until 2-1 when the world number five had the first chance to break and got the early 3-1 lead. It stayed on serve until 5-2 when Tsitsipas had two set points on Medvedev’s serve but the world number two managed to save them. Tsitsipas served out the first set in the following game.

The first three games of the second set were identical to the first and at 1-1 it was the Greek who would once again get the early break with a stunning forehand winner. At 3-2 Medvedev had a chance to break to back on serve and he did just that. It resumed normal service after that until 5-4 when the Russian had two set points but the Greek managed to save both and hold a crucial game.

The second set would be decided by a tiebreaker and the world number five raced out to a 3-0 lead and that lead was enough for him to win the breaker.

Medvedev kept pushing in the first game of the third set earning a breakpoint but once again failed to convert and at 2-1 it was Tsitsipas with a chance to take a lead but he saved two breakpoints to hold serve.

The next game Medvedev finally broke through to take a 3-2 lead and it stayed on serve until 4-3 when Tsitsipas earned three more breakpoints and broke right back to go back on serve.

Once again it stayed on serve until 6-5 when Tsitsipas found himself at match point on the Russian serve. It was at this point when Medvedev decided to serve underarm and the Greek would seal the win with a backhand passing shot winner.

After the match in his on court interview Tsitsipas was asked what the major difference was between winning and losing the match.

” It was a very close match, there weren’t many breaks, we both served pretty well and we both managed to keep our service games and it was intense,” he said.
“I think the difference was in the last game being down 0-40 on his serve coming back and winning that game. I think that was the most important game of the match and trying to stay there mentally. I fought and I stayed there and I am happy that I overcame it”.

Tsitsipas will next face Alexander Zverev in the semifinals of Roland Garros after the German beat Alejandro Davidovich Fokina.