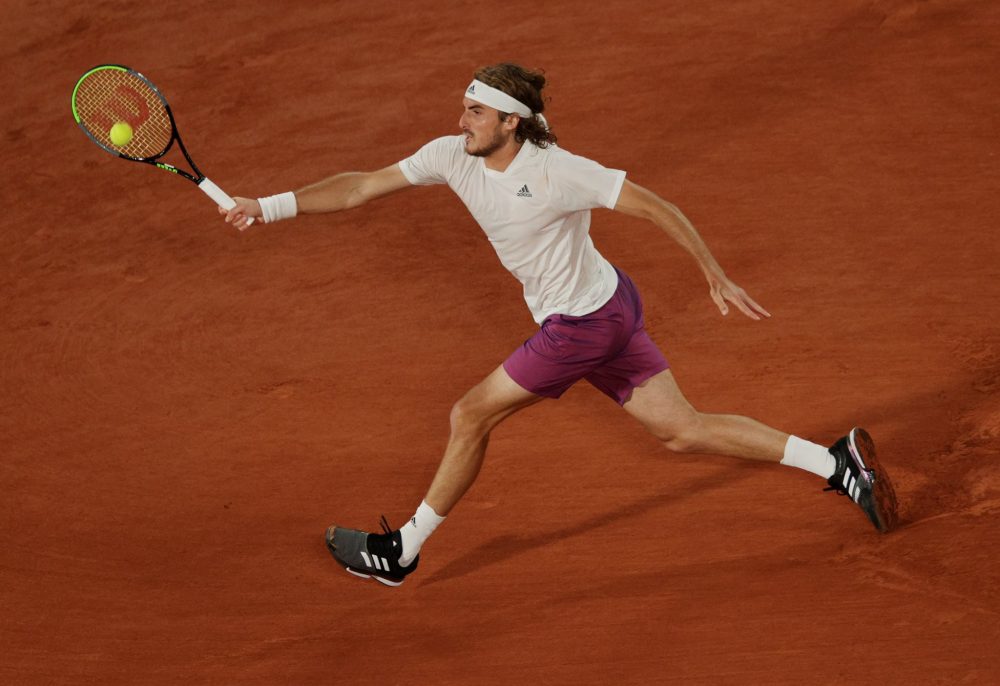 Stefanos Tsitsipas battled back from a one set deficit to beat John Isner 5-7, 6-3, 7-6, 6-1 in two hours and 38 minutes in a late-night clash on Philippe Chatrier.

” You know John (Isner) he is a big guy who hits amazing strokes from time to time and I can honestly learn a lot playing against him,” said Tsitsipas.
“He is one of the toughest guys to play and his serve is such a big obstacle. I didn’t have the best start but things started to go my way in the second set and I started to find my returns. I started to feel my game a bit better from the baseline and my head cleaned up which led to that important victory”.

It was world number 34 Isner who had the faster start and in the opening game of the match he would earn two breakpoints to start applying pressure right away but Tsitsipas hung in. From then it stayed on serve until 5-5 when Isner set up three more chances to get the break with a stunning forehand return winner and would get the first break of the match and serve out the first set.

The beginning of the second set was another tight affair and this time it was the 22 year old with three chances to break at 2-1 but the Greensboro, North Carolina native was able to save all three and hold serve once again.

At 3-3 Tsitsipas served an untimely double fault to give the American another breakpoint but saved it right away on the following point. In the next game he got his first break of the match which was crucial as he would serve out the second set to level the match.

The third frame featured both players holding serve and not giving an inch. With no break points occurring proceedings went into a tiebreaker and that’s when the world number five got a 3-1 lead before winning the breaker 7-3 thus taking a two sets to one lead.

In the fourth set Tsitsipas began to take over the match and after holding the opening service game he would break the following game with a superb backhand winner to take an early 2-0 lead. It stayed on serve once again until 4-1 when the world number five earned two more chances to go up a double break and broke once more this time with a forehand winner to take a 5-1 lead and served out the match.

After the match in his on court interview Tsitsipas was asked about the second set when it looked like he was pumping himself up to stay in the set and in the match.

” The match was pretty much one pattern and it kept repeating itself over and over again, it was kinda difficult to adjust and there were many exchanges,” he said.
“I felt my body was cold and I think that helped at that point with a little bit of anger and frustration and I let it all out and eventually it shook me up and woke me up as well to be able to handle future situations better”.

Tsitsipas will now face Pablo Carreno Busta in the fourth round of Roland Garros.