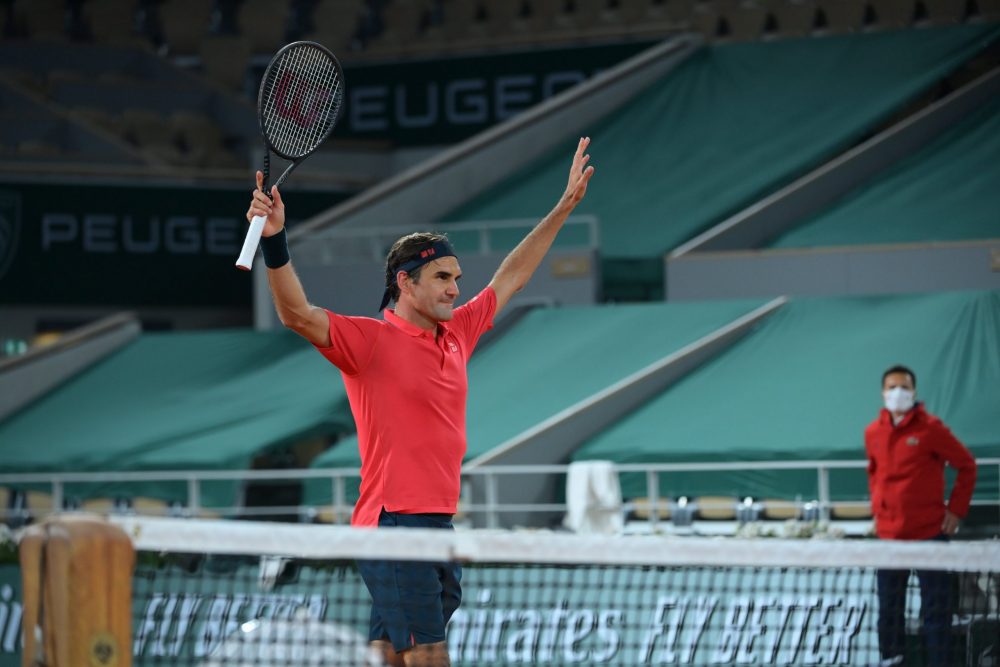 20-time Grand Slam champion Roger Federer has said he and his team will discuss if it is ‘too much risk’ to continue playing the French Open after sealing a place in the fourth round.

The former world No.1 unexpectedly hinted that he could pull out of the Grand Slam after coming through a tough encounter against Germany’s Dominik Koepfer on Saturday evening. Federer was forced to battle on court for three-and-a-half hours before prevailing 7-6 (7-5) 6-7 (3-7) 7-6 (7-4) 7-5 in a match which concluded in the early hours of Sunday morning. Although it was a far from perfect performance with the Swiss producing 63 unforced errors.

Federer is due to play Italy’s Matteo Berrettini in the fourth round but admits that he doesn’t want to risk aggravating his knee in the lead up to Wimbledon which is one of his season goals. Indicating that there is a good chance that his campaign at the tournament could have come to an end.

“These are all stepping stones to something that is really important to me. It is the season, and it is the comeback. I need matches like these,” Federer said during his press conference.
“We go through these matches, we analyse them highly and look on what’s next,”
“We will do the same here on Sunday, because I need to decide if I keep on playing or not. Is it not too much risk at this moment to keep on pushing or is this just a perfect way to just take a rest?”

The French Open is only the third tournament Federer has played since returning to the Tour following a knee injury. His encounter against Koepfer was by far the longest match he has played so far in his comeback.

Part of the reason why Federer is contemplating withdrawing is linked to the short turnaround between the French Open and Wimbledon. Due to the Paris major being delayed by seven days this year, there are just two weeks between the two tournaments. Federer is set to play his first grass-court event in Halle which will start a week tomorrow.

“It’s just a lot going on, but having a match like this, knowing I could have probably played a fifth set but not knowing how I will wake up tomorrow is interesting, to say the least. It’s definitely a different time right now for me,” he explained.

Amid the uncertainty over his participation in Roland Garros, Federer believes he is heading in the right direction. It is the 15th time he has reached the last 16 of the French Open in his career.

“I pushed as much as I could, as we (my team) thought was reasonable. But this was I think a huge step forward for the team, and for all of us. I didn’t expect to be able to win three matches here (in Paris) and sort of back up a good performance against (Marin) Cilic as well in completely different circumstances. I’m very happy.” He concluded.

Federer is scheduled to play his next match on Monday.