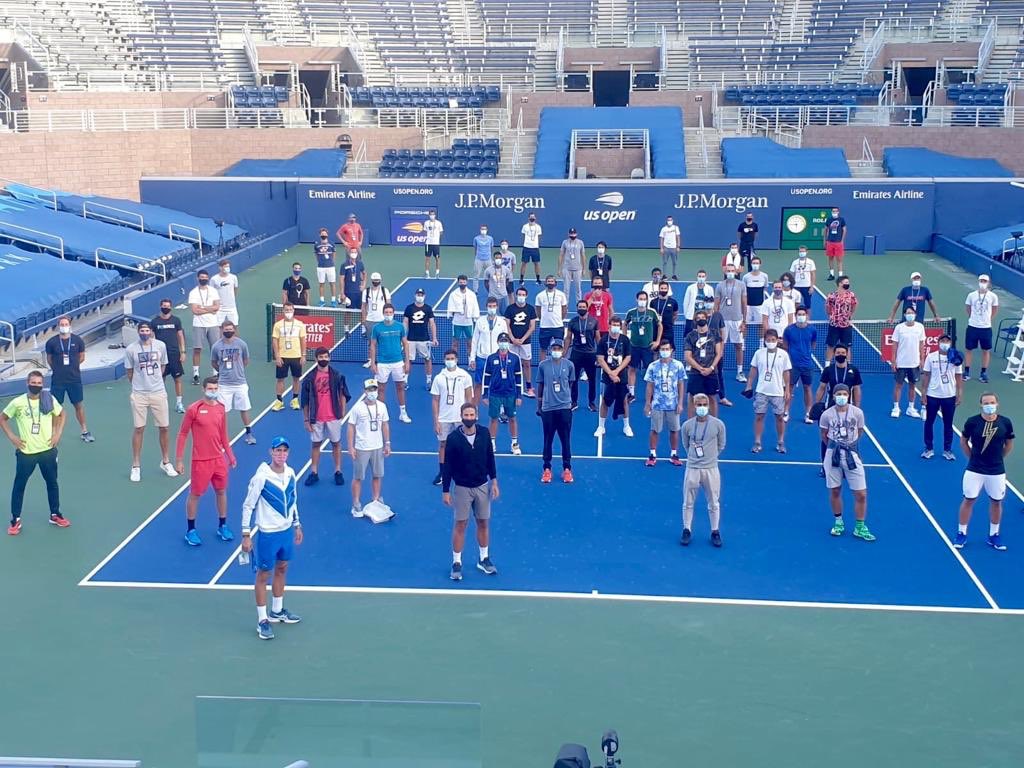 The Professional Tennis Players Association has outlined their vision for the future after appointing an advisory board and an executive director.

Vasek Pospisil made the announcement last night as he and Novak Djokovic look to secure a legitimate players voice at the tennis political table.

In the main core of the statement they announced the make-up of the PTPA’s backroom board, “PTPA co-founders Vasek Pospisil and Novak Djokovic have named Adam Larry executive director, enlisted Carrie Gerlach Cecil to lead Brand and Communications and appointed Bill Ackman, Michael Hirshfeld, Rebecca Macdonald, Katarina Pijetlovic and Anton Rabie to its Advisory Board,” the statement read.

The move is an interesting one as up until now it was a mystery as to what the PTPA’s strategy was and who was involved so far with there being no idea from the ATP or WTA’s side what the PTPA was trying to achieve.

Now there is an advisory board there may be sharp movement and progress made into how the PTPA can secure more player-related decisions in Tennis and ensure that there is a level playing-field in terms of decisions affecting the players.

In the statement Vasek Pospisil, Novak Djokovic and new executive director Adam Larry all gave strong hints about the PTPA’s future vision as they look to challenge the establishment in providing change for tennis.

“With the establishment of our advisory board, our branding and communications team and the appointment of Adam Larry as executive director, we have taken one step closer to toward our goal of facilitating a fair and sustainable competitive environment for tennis players today, and for generations to come,” Pospisil said.

“We are working toward growth to help all players, not just the top 100, to make sustainable livelihoods and have their rights protected on and off the court. From top to bottom, we must use our collective voices to help players today and tomorrow,” stated world number one Novak Djokovic.

“The PTPA wants to work with all of the tennis governing bodies to inspire collective reform to better the sport,” new executive director Adam Larry claimed.

What comes next for the PTPA nobody knows but this new board means that business is expected to pick up very quickly in the latest twist in the political tennis game.