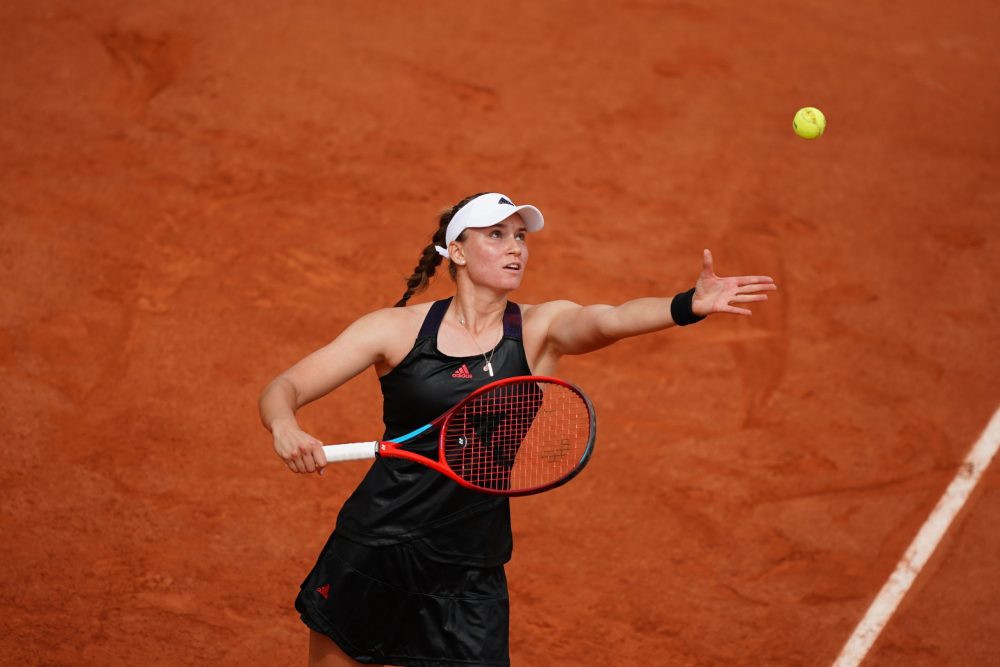 Kazakh underdog Elena Rybakina produced an emphatic performance to knock Serena Williams out of the French Open and move into the quarter-finals of a major for the first time in her career.

The 21st seed held her nerve throughout to stun the former world No.1 6-3, 7-5, and claim only her fifth win over a top 10 player. Rybakina fired four aces and 21 winners en route to the victory. She won 62% of her service points and converted five out of her seven break point opportunities.

“I’m so happy with my match today. It was amazing. Thank you (to the crowd) for coming and watching us today,” Rybakina said during her on-court interview.

The Sunday showdown was a clash of the generations. 39-year-old Williams was contesting her 64th fourth round match at a Grand Slam with her first taking place a year before her opponent was even born. Meanwhile 21-year-old Rybakina, who is yet to drop a set in the tournament, was playing in the last 16 of a major for the first time.

Despite the disparity in experience between the two, it was Rybakina who started the stronger of the two as she won eight consecutive points behind her serve. The Kazakh didn’t look to be intimidated by the 23-time Grand Slam champion as she broke with relative ease four games into the match to nudge ahead 3-1. Doing so with the help of a Williams shot that landed beyond the baseline.

Continuing to tame the power which was coming from across the court, Rybakina maintained her composure even when Williams broke back to close the deficit to 3-4. However, a series of short balls coming off the American’s racket played into her hands as she restored her stronghold in the following game. Tasked with serving for a 6-3 lead, Rybakina prevailed on her fourth set point with the help of an error from the former world No.1.

Heading into the second set the world No.22 had to contend with a fiery Williams who blasted the ball even harder than before. Twice Rybakina broke to nudge ahead before being pegged back by her opponent who wasn’t afraid to show all of her emotions on the court. Tied at 5-5 Rybakina struck once again with the use of some sublime angle shots to break but this time it gave her a chance to serve the match out. A Williams forehand landing out handed her two match points. She prevailed on her first opportunity with the help of another mistake from across the court.

“Of course I was nervous. Even in the last game I was not serving as well as before. But I’m happy that I was able to manage my thoughts and I won today,” said Rybakina.
“I’m really happy with how this tournament is going. I’m just trying to do my best and preparing for my next match.”

The victory continues Williams’ agonising hunt for a record-equalling 24th Grand Slam title. She hasn’t won a major title since the 2018 Australian Open which she won whilst pregnant. Since the birth of her daughter Williams has only claimed one WTA trophy which was at the ASB Classic in New Zealand at the start of last year.

Rybakina will play Anastasia Pavlyuchenkova in the quarter-finals on Tuesday.