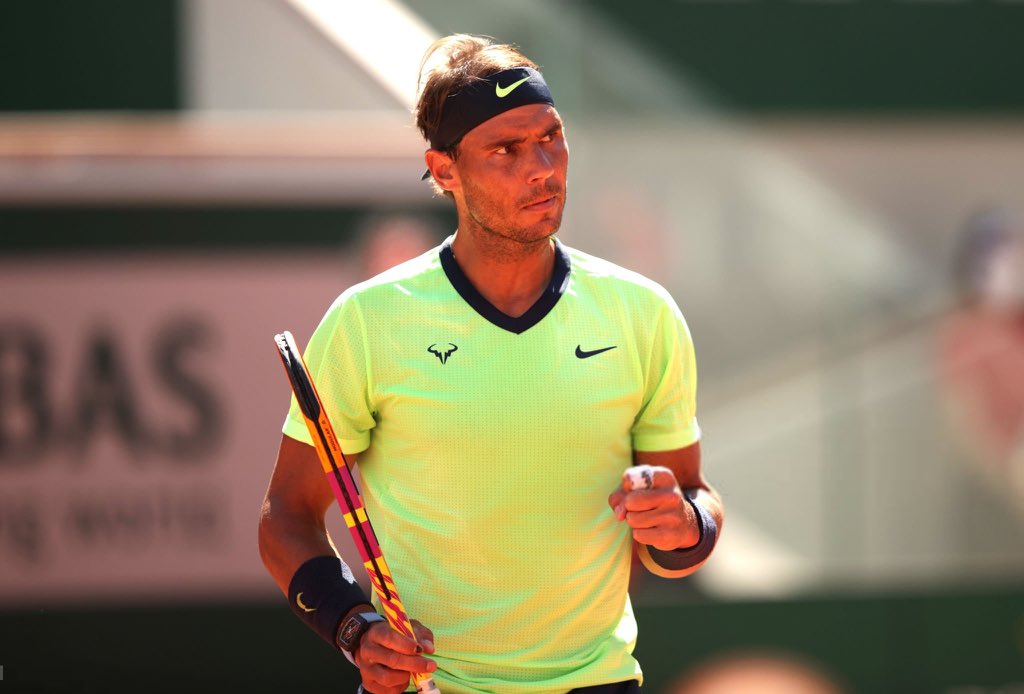 A combination of mental tiredness and restrictions related to the COVID-19 pandemic contributed to Rafael Nadal’s decision to take a break from the sport, according to one of his coaches.

Last week the 20-time Grand Slam champion announced that he would be skipping both Wimbledon and the Olympics with the goal of preserving his health. In a statement 34-year-old Nadal said the decision has been made in order to help prolong his career on the Tour and help him ‘recuperate after a long clay-court season’.

“It’s never an easy decision but after listening to my body and discussing it with my team I understand that it is the right decision,” said Nadal.
“The goal is to prolong my career and continue to do what makes me happy.”

Speaking to RTVE earlier this week, coach Carlos Moya said Nadal’s break from tennis is also linked to him feeling mentally tired following the past few weeks on the Tour. The Spaniard has won titles in Barcelona and Rome but fell short at his beloved French Open. At Roland Garros Nadal was ousted in four sets by Novak Djokovic in the semi-finals. Making it only the third time in history he has ever been defeated at the Grand Slam. He also lost to Djokovic in 2015 and Robin Soderling in 2009.

“The clay court tour was very tough, with a lot of physical and mental pressure. Rafa finished exhausted.” Said Moya.
“He is going to take a well-deserved rest, this is a marathon, a long-distance race in which hard decisions have to be made and he has considered that the best thing is to stop to come back full of strength.”

Moya, who won the 1998 French Open, has been a member of Nadal’s coaching team since December 2016. He says the king of clay was on the verge of suffering from ‘mental fatigue’ in recent months similar to 2019 when he struggled at times with his form on court. Although during that year he did win the French Open and then reached the semi-finals at Wimbledon.

“Rafa two years ago reached a point of great mental fatigue that was very difficult to get out of and now he has interpreted that he was close to that again. He cannot afford a Grand Slam if he is not at 100%, for all that his image implies, for prestige and for how he is.” Moya explained.

Besides the mental aspect, Moya also admits the ongoing COVID-19 restrictions have been difficult. Despite Wimbledon welcoming fans this year, players will be within a bubble which restricts their movement. Even those who have houses in London will not be allowed to stay there during the tournament and instead have to stay at the player’s hotel.

“The (French Open) defeat has not affected as much as the fact that there is a week less than usual to prepare for Wimbledon, as well as the context in which we are with the pandemic. It is difficult on a mental level to face the confinements prior to a great match, to play with little public, etc. This affects Rafa, he is a person who has a great connection with people and it was hard to go to London with a quarantine in between, ” he said.

As it currently stands, Nadal is set to play both the Rogers Cup and Cincinnati Masters later this year ahead of the US Open.