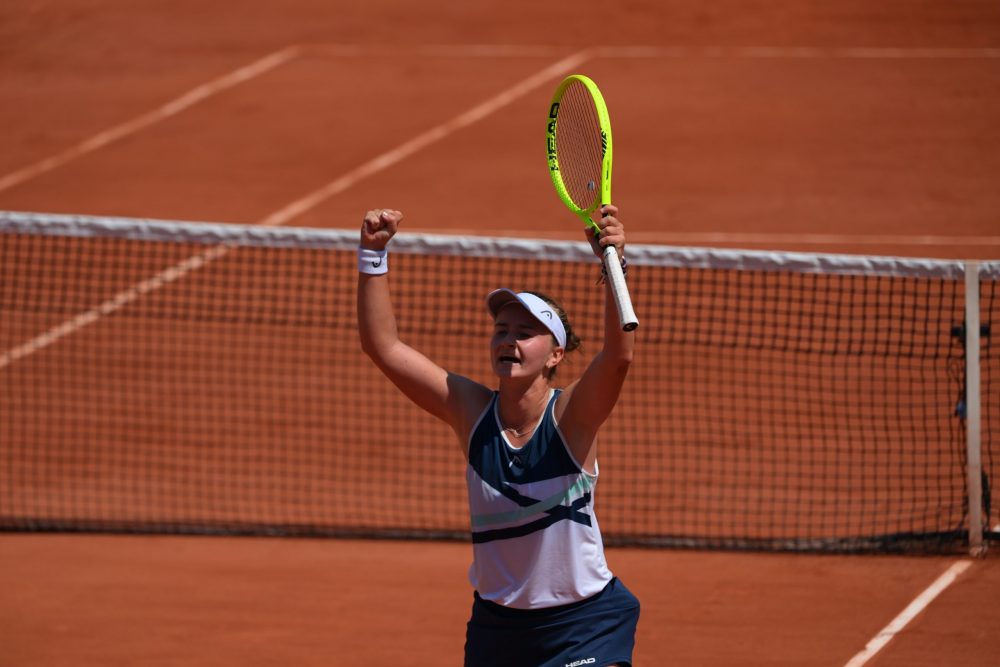 Czech underdog Barbora Krejcikova looked calm throughout her milestone win over Sloane Stephens at the French Open but looks can be deceiving.

The world No.33 crushed former finalist Stephens 6-2, 6-0, to reach the last eight at Roland Garros in what is only her fifth appearance in a Grand Slam main draw as a singles player. Krejcikova is also an established doubles specialist who has won two major titles, as well as reached the top of the standings. Against Stephens she dropped only five points behind her first serve and saved all three break points she face.

Ironically the biggest battle for the Czech seems to have taken place in the lead-up to her fourth round encounter. Krejcikova admitted that she woke up with a case of pre-match nerves which was so bad she was in tears and having to be consoled by her psychologist.

The experience of the 25-year-old sheds light on the mental pressure players face on the Tour, especially when it comes to playing in Grand Slams. The biggest tournaments of the sport which offer the most prize money and ranking points. Krejcikova says it was her psychologist who helped settle her down before heading to court.

“We talk about it a lot and she told me this is something — if you can overcome this, what you feel right now, it’s going to be a huge win, and it doesn’t matter if you’re gonna win on the court or lose on the court because it’s going to be a personal win,” she said.
“I just went on court, and I know that it didn’t look like it, but I just felt really, really bad.’
“I was just happy that I started well. I think after the first point things got a little bit better, a little bit easier. Then I broke her (Stephens). I just felt like I can actually play her.’

Overcoming her demons in Paris, Krejcikova will play rising star Coco Gauff next who is another player dealing with the pressure of being in the limelight. The 17-year-old is the youngest woman to reach the last eight of a major in 15 years and is on the verge of cracking into the world’s top 20.

“I don’t know how I would approach this if I was 17 and I was actually doing this well. I think it would be just too much pressure for me and maybe I won’t be able to handle this,” she commented on Gauff’s meteoric rise.
“Everybody is different. Everybody is doing different things. She’s doing really good in singles. She is also a great doubles player.
“I think it really depends on the person, how they feel and how open they can be and how mature they are. Then it depends how well you can handle all this press, if you win or if you lose. It can be really nice and it can be really difficult.”

The subject of mental health in tennis has been highlighted at the French Open following the withdrawal of Naomi Osaka. Osaka issued a statement last week revealing that she has been battling with depression and social anxiety since 2018. She is currently taking a break from the sport.

Krejcikova will play Gauff on Wednesday.