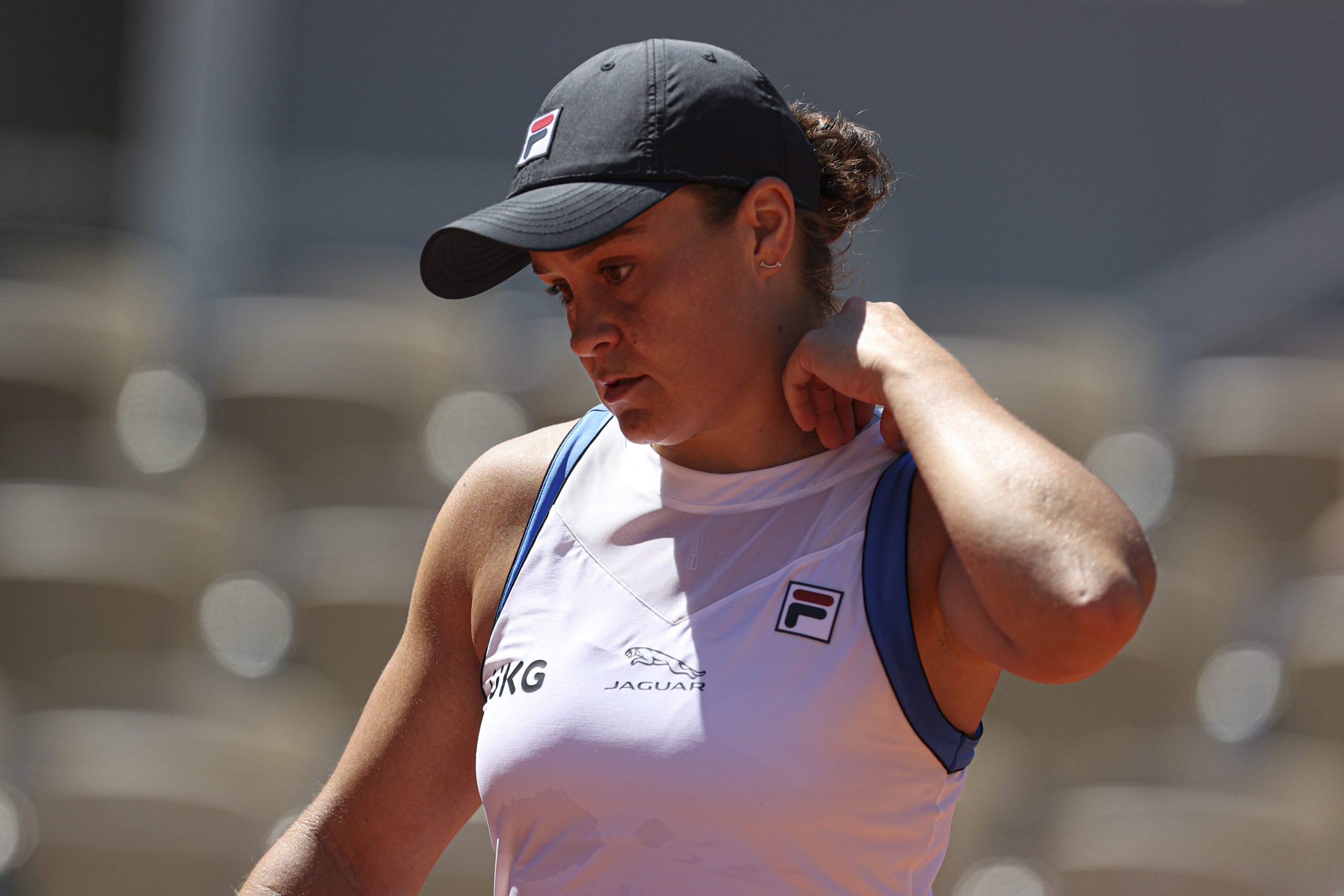 World number one Ash Barty is out of Roland Garros after retiring against Magda Linette.

The world number one was 6-1 2-2 down against the Pole before withdrawing from the match due to a left thigh injury.

Magda Linette will now face Ons Jabeur in the third round.

It was going to be difficult from the start for Barty as you could see her movement was severely hampered.

Nethertheless the world number one managed to create break point in the opening return before a serve down the middle from Linette saved it.

Despite Barty’s injury, Linette played solid and powerful tennis as she made the top seed move around the court.

Some tentative play from the Pole allowed Barty to save three break points and hold for 1-1.

However that was the only joy Barty was going to get as Linette took control by being patient in rallies and being aggressive.

As if that wasn’t enough Linette’s slice was also good as she managed to deal with Barty’s variety well throughout the opening set.

A streak of five games in a row secured the first set 6-1 in 27 minutes.

After an off-court medical evaluation, Barty decided to give the match a try and she held comfortably on both her service games.

Unfortunately for her so did Linette and that was when the world number one decided that it wasn’t the time to try and decided to retire from the match.

After the match Barty told the press that it was heart-breaking and the injury happened the weekend before the tournament, “It’s heartbreaking,” Barty said in her press conference.

“I mean, we have had such a brilliant clay court season, and to kind of get a little bit unlucky with timing more than anything to have something kind of acute happen over the weekend and just kind of run out of time against the
clock is disappointing.”

For Linette, it’s the biggest win of her career and she sets up a last 32 clash with Ons Jabeur, who beat Astra Sharma 6-2 6-4.

As for Barty, she leaves Paris bitterly disappointed not to have repeated her 2019 success and exit the tournament so early.

The world number one is scheduled to next play on the grass courts of Berlin, which starts on the 14th of June.