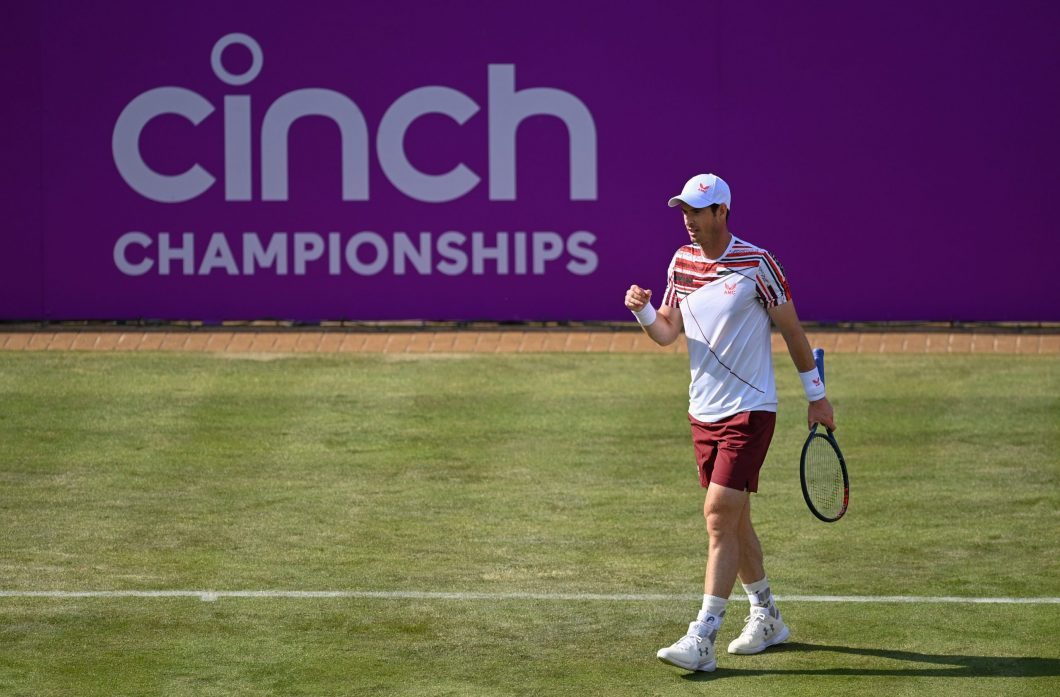 Moments after winning his opening match at the Queen’s Club on Tuesday the emotions started to show on Andy Murray’s face as he held back the tears.

Taking to the court in what was his first competitive match played on the grass for over 1000 days, the former world No.1 rallied to a 6-3, 6-2, win over France’s Benoit Paire. A player who has won only two out of his past 17 matches played. As for Murray, he has recorded his second win on the ATP Tour this season after missing the past couple months due to injury.

“There are doubts and stuff before going out there but then after the early games it is less about your body and head and more about the match and trying to win,” he said.
“I felt pretty calm on the court as grass is a very natural surface for me and I am comfortable on it.”

Queen’s is just the fourth tournament Murray has played in this year. He missed the Australian Open after testing positive for COVID-19 and subsequently started his season at a Challenger event in Italy. He then played tournaments in Montpellier and Rotterdam before suffering another injury setback. His latest misfortune was a groin injury which sidelined him for three months.

It has been a turbulent journey for Murray, who has undergone two hip surgeries in order to prolong his career. Perhaps the best indication of where his form currently is will take place in the next round at Queen’s where he faces top seed Matteo Berrettini. They last played each other at the 2019 Beijing Open with Murray prevailing in two tiebreakers.

“Berrettini is obviously a top player, top seed here,” Murray said. ” He had a really strong French Open. I need to play one level up from today (Tuesday) if I want to do well there.”

Regardless of what happens in his upcoming match, Murray says he will just be relishing the fact he is able to play. Admitting that he wished he was more relaxed about playing on the Tour prior to his injury misfortunes. Now, his mentality when taking to the court is that every match might be his last. Murray was closed to retirement a couple years ago before undergoing his second hip surgery. Since then he has downplayed talk about walking away from the sport.

“I just wish I had appreciated the small moments and stuff, like walking back on the grass court for the first time, like off the back of the clay season, just enjoying those moments,” he explains.
“I’m always sort of telling myself, and maybe it’s not the best mindset, but each match could be my last one that I play now.
“I want to make the most of every match that I play and each tournament that I get the chance to compete in.”

Murray is a five-time champion at Queen’s and has won the title more than any other player in history. His quarter-final with Berrettini will take place on Thursday.

Novak Djokovic Will Be Recovered And Ready In Time For Wimbledon, Says Coach