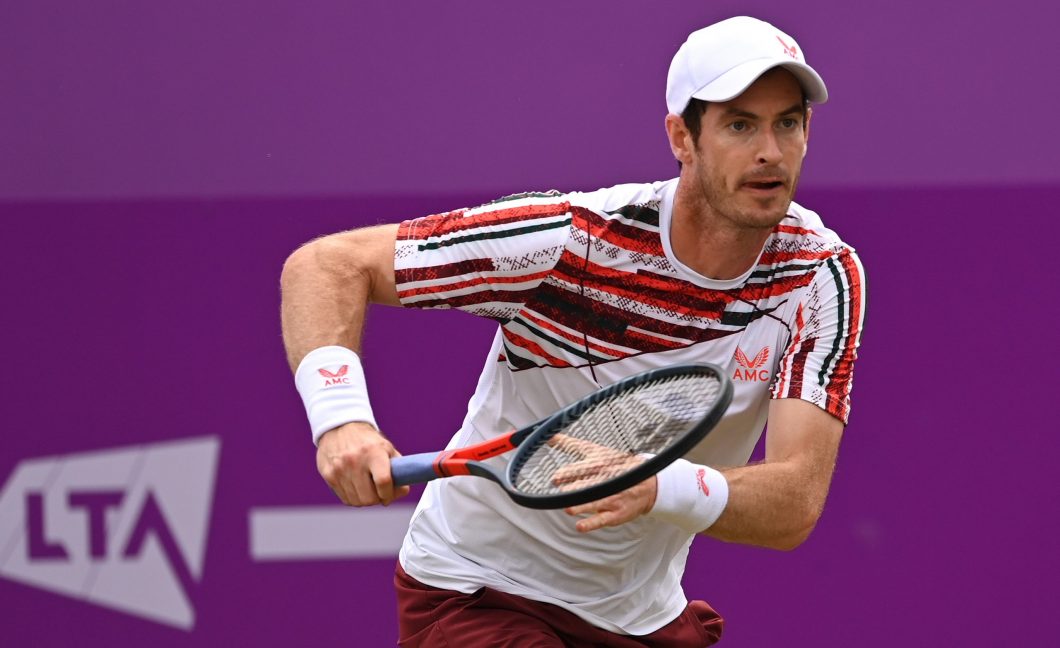 Andy Murray says he wants to prolong his career but admits that it depends on how his body holds up as he heads into what possibly could be his last ever Wimbledon.

The three-time Grand Slam champion has been troubled by injury setbacks in recent years and has had two hip surgeries in order to continue playing. Currently ranked outside the top 100, he now plays with a metal rod inserted into his hip joint. Unfortunately for the Brit it isn’t just the hip which has been problematic. He has already missed a chunk of this season due to a groin injury.

Murray returned to action last week at Queen’s where he defeated Benoit Paire in the first round before falling to top seed Matteo Berrettini, who went on to win the title. That was only the fourth ATP Tour event he has played in so far this year.

Despite the bumpy journey, the three-time Grand Slam champion has vowed to give his all at the Wimbledon Championships. Murray says he intends to play as if it is the last tournament of his career but he isn’t planning on stepping away from the sport just yet.

“To me it’s not so much about me worrying about it being my last one, it’s just something that I think about. I’ve had so many injuries and so many setbacks you just don’t really know what’s round the corner,” Murray told Sky News.
“I want to approach each tournament and each match that I play like it’s my last one so that I can get the most out of it.”

This year will be Murray’s 13th appearance in the singles main draw at the All England Club. In 2013 he became the first British man in the Open Era to win the title before winning the trophy for a second time in 2016. Murray has also reached the semi-final stage on four other occasions, as well as the final in 2012.

“I’m going into the bubble on Wednesday evening so I’m going to get there early to practise at Wimbledon. Hopefully I’ve got some high quality practices – I’m practising with Cilic today and I practise with Federer later in the week,” he revealed.
“I’m just trying to play with high quality grass court players to prepare me as best as possible. I don’t want it to be my last Wimbledon, certainly I want to keep playing, I don’t want to stop just now, so yeah I wanna keep going.”

“It‘s more about the body if I’m restricted in how I can prepare. If I can’t prepare properly to compete then that’s when it’s not fair on yourself to keep putting yourself out there, because you’re not properly prepared and can’t do yourself justice,” he explains.
“So if that was the case and I was having to compromise on my training just to get out there on a match court and my results weren’t good – that is something I’d look at. But providing I can train and prepare well and I’m enjoying it I’ll do it for as long as I can.”

Two years ago at Wimbledon, Murray opted to play just doubles as he was on the comeback from injury. At the tournament he teamed up with Serena Williams to play in the mixed doubles where they reached the third round. However, there will be no reunion between the two in 2021.

“No, I hadn’t planned on it this time,” Murray said on Monday.
“Singles is enough for me. Getting through singles matches has proved tough enough the last year or so. So I’ll stick to singles this year.”

The Wimbledon Championships will start next week.