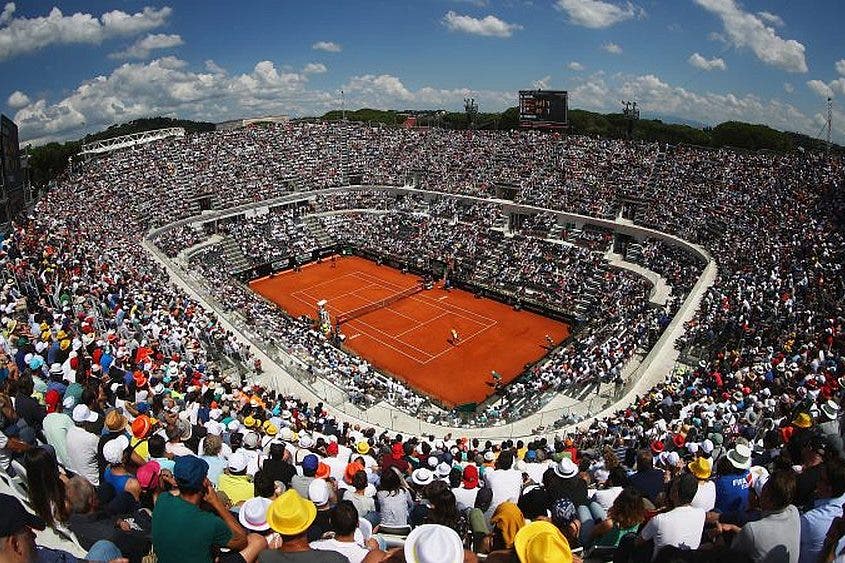 World No.1 Novak Djokovic has welcomed the use of electronic line calling technology for clay court events but believes it should only be for the umpires to use.

Last week the Madrid Open became the first ever Masters 1000 event on the clay to feature an electronic system which was developed by Foxxten. Enabling players to challenge calls during their matches with video replays occurring on the screens. Systems such as this and the more commonly known Hawk-Eye has been used on hard courts for a few years but it is more difficult to use them on the clay due to the nature of the surface. Furthermore, some argue against the need for such a thing when the ball markings are visible on the court.

Weighing in on the debate, 18-time Grand Slam winner Djokovic has partly backed the initiative by arguing it would benefit those in charge of the matches. However, he doesn’t believe there needs to be a challenge system in place for players. Instead, he believes the technology would be best used for umpires to view video replays themselves to aid their decision making.

“Of course, you have to treat this surface differently than others,” Djokovic said following his win over Alejandro Davidovich Fokina at the Italian Open.
“I don’t think it is necessary to have a challenge (system) particularly, but maybe a review, an automatic technology system that would just call it where maybe the chair umpire can see it on his screen and that’s it. He can just say it’s out or in.’
“We don’t need to see it on the big screen. It can just be connected to his screen. I think that would be good enough when it comes to clay.”

Elaborating further, the Serbian believes that if the technology is available for umpires to use then it should be applied to the entire clay swing of the Tour. Djokovic has previously said that he believes it was time to start replacing the use of lines judges with technology.

Javier Simón is the president of Foxtenn and recently revealed that he hopes to use his system at more tournaments with the ultimate target being the French Open. It works with the use of 40 courtside cameras that capture 3,000 images per second and eight lasers to deliver the “real bounce” of the ball. The Barcelona-based company has also previously operated at the Rio Open and Charleston Open.

“We are in talks with Roland Garros and with other tournaments,” Simón told the EFE news agency on May 7th.
“It is in their hands to take that leap, which I think would be a step forward for credibility. They have a contract for television, but for me it is as important as the official review, and I think I could give them a qualitative and quantitative leap.”

There will be no electronic line calling used at this year’s French Open.