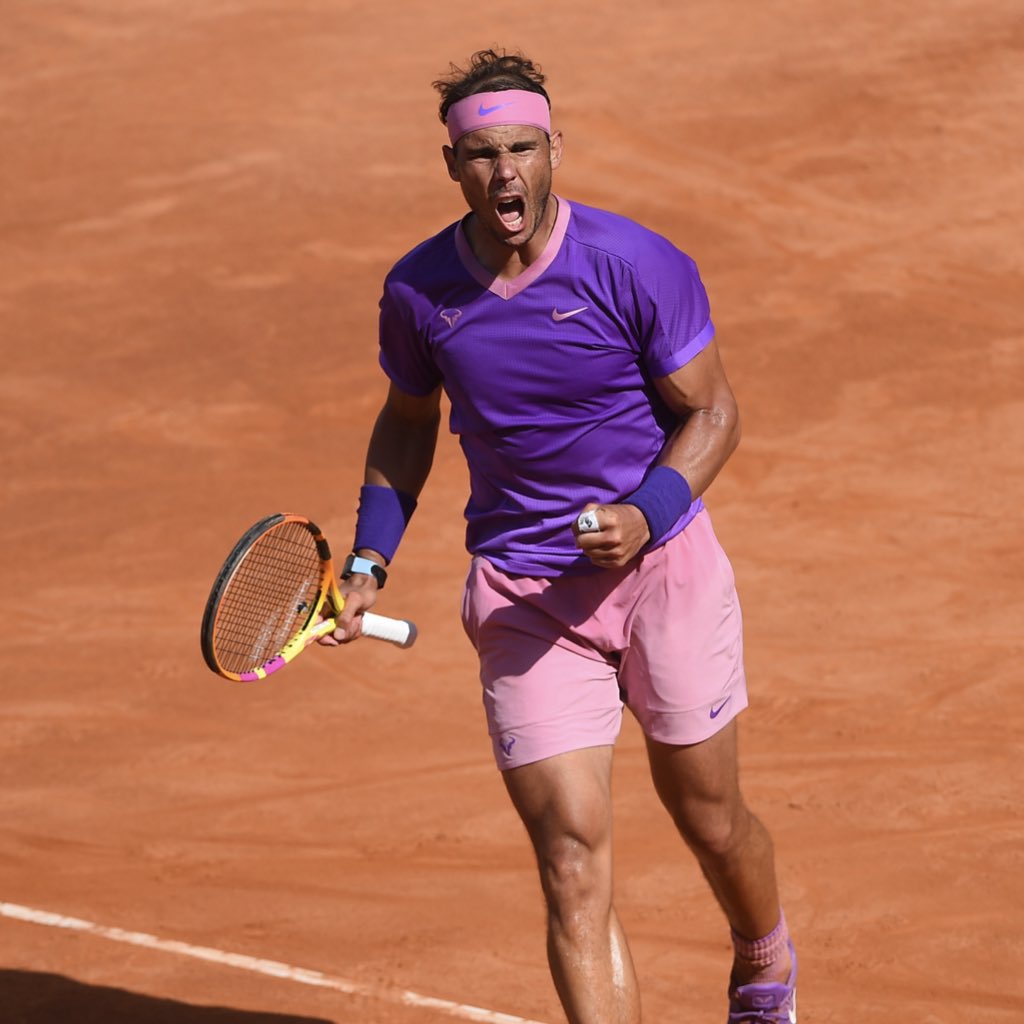 The Spaniard eased his way past his 7ft American opponent to reach another final in the Italian capital.

Rafael Nadal is into his 12th final in Rome after beating the American Reilly Opelka in straight sets 6-4, 6-4 in 92 minutes in his 500th match on clay and only needed to hit 13 winners in the victory.

“It’s not an easy and beautiful match to play against a player like Reilly (Opelka) who only gives you a few options on your return and he can also play quite aggressive from the baseline, he has good shots and it was important for me to save those breakpoints at the beginning of the match”.

It was actually the American with the first chance to break in the match at 2-1 when he earned four chances to break but the Spaniard pulled out his big serve and saved all four before holding serve.

The very next game the Manacor, Mallorca native went on the offensive and earned his first breakpoint of the match and managed to convert on it to take the early 3-2 lead.

After consolidating the break the American saved three breakpoints with the Spaniard pushing for the second break but managed to hold serve and the number two seed would serve out the first set.

The second set followed a similar pattern to the first with both players holding their opening service games with ease and this time it was the world number three with the first chance to break.

Nadal would break at the third time of asking to once again take an early 2-1 lead and that one break was enough for him to serve out the match and set up a clash with either Novak Djokovic or Lorenzo Sonego.

In his post match interview Nadal spoke about the prospect of playing another final on Sunday in Rome.

“The work is done, I think I did a lot of things well, I had a good spirit the entire week, there are a lot of positive things I did on court this week and it’s important for my confidence to be back in such an important final, I will have a tough opponent either Djokovic or Sonego but I need to be ready, I need to play my best tennis and that is what I am looking for”.

Djokovic currently leads the head to head with Nadal 29-27 while Sonego has yet to face the Spaniard.

Lorenzo Sonego becomes the first Italian semifinalist in Rome since 2006