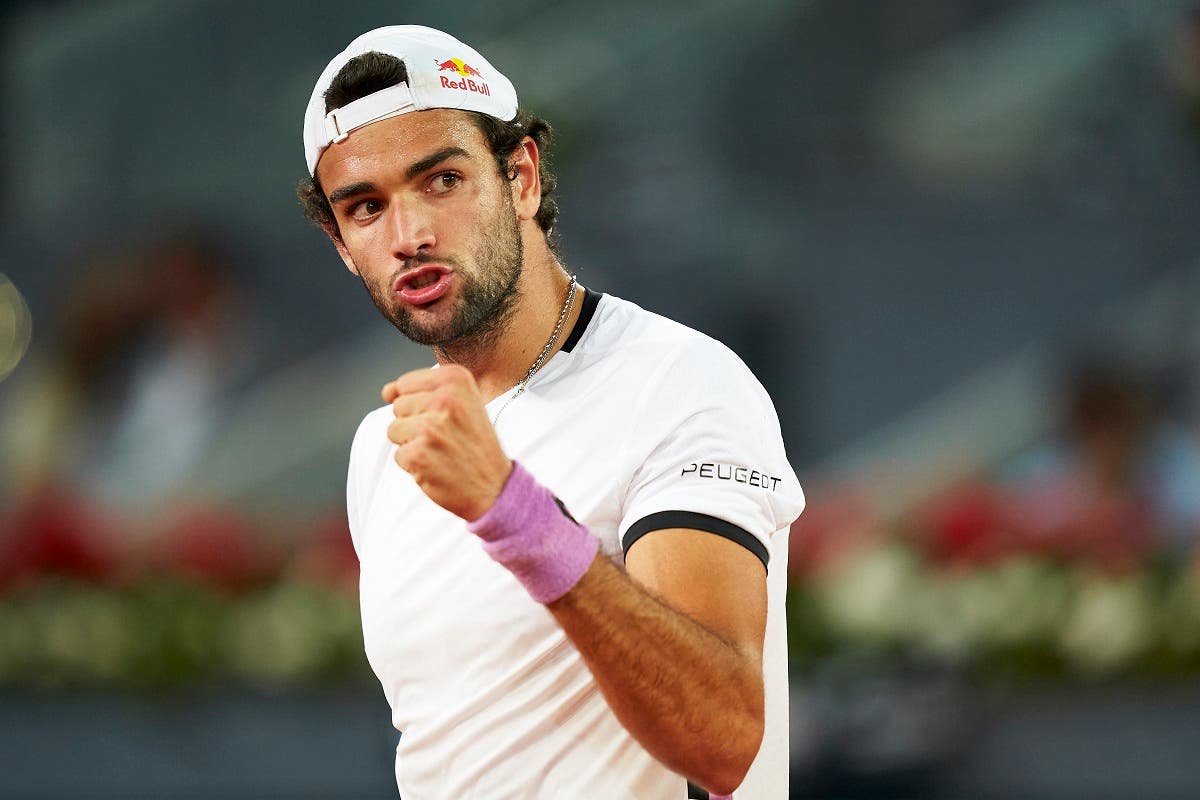 Last week’s Madrid Mutua Open finalist Matteo Berrettini came back from one set down to beat Nikoloz Basilashvili 4-6 6-2 6-4 in just over two hours at the Internazionali BNL d’Italia at the Foro Italico in Rome.

Berrettini saved a break point in the second game of the second set with a forehand. The Italian player broke twice in the fourth game with a dropshot and in the eighth game to close out the second set 6-2.

Berrettini saved three break points in the seventh game of the third set with a forehand and a first serve to take a 4-3 lead. Basilashvili went up 30-0 in the 10th game, but Berrettini came back by winning four consecutive points to close out the third set 6-4 with a break.

Berrettini will face a second round match agianst John Millman , who beat Dusan Lajovic 6-3 6-4 in 86 minutes.

The Italian player has extended his win-loss record to 17-4 and is currently eighth in the ATP Race to Turin. Last year he reached the quarter final in Rome before losing to Casper Ruud.

“I struggled at the start of the match. Basilashvili put me under pressure and I expected that. It’s difficult to play against Basilashvili. The conditions are different from Madrid. It was tough to adjust, but I fought until the end and I managed to win the match. I drew energy from the court. I imagined that the stadium was full. I want to play in the third round in front of my family and fans and this gave me extra energy to improve my game. I have to focus on my next match against Millman.

Davidovich Fokina claimed the first set 6-4 with his only break in the seventh game. The Spanish player rallied from 2-4 down in the second set and fended off two set points on serve at 4-5 before earning four mini-breaks to win the tie-break 7-2.

The Spanish player saved five of six break points and won 81 % of his first-service points.

Davidovich Fokina will take on this year’s Estoril finalist Cameron Norrie, who beat Roberto Carballaes Baena 6-4 6-4 after 1 hour and 42 minutes.

US Reilly Opelka beat Italian Next Gen star Lorenzo Musetti 6-4 6-4 with a break in each set at love in the fifth game of the first set and in the ninth game of the second set). Opelka did not face any break points in the whole match.