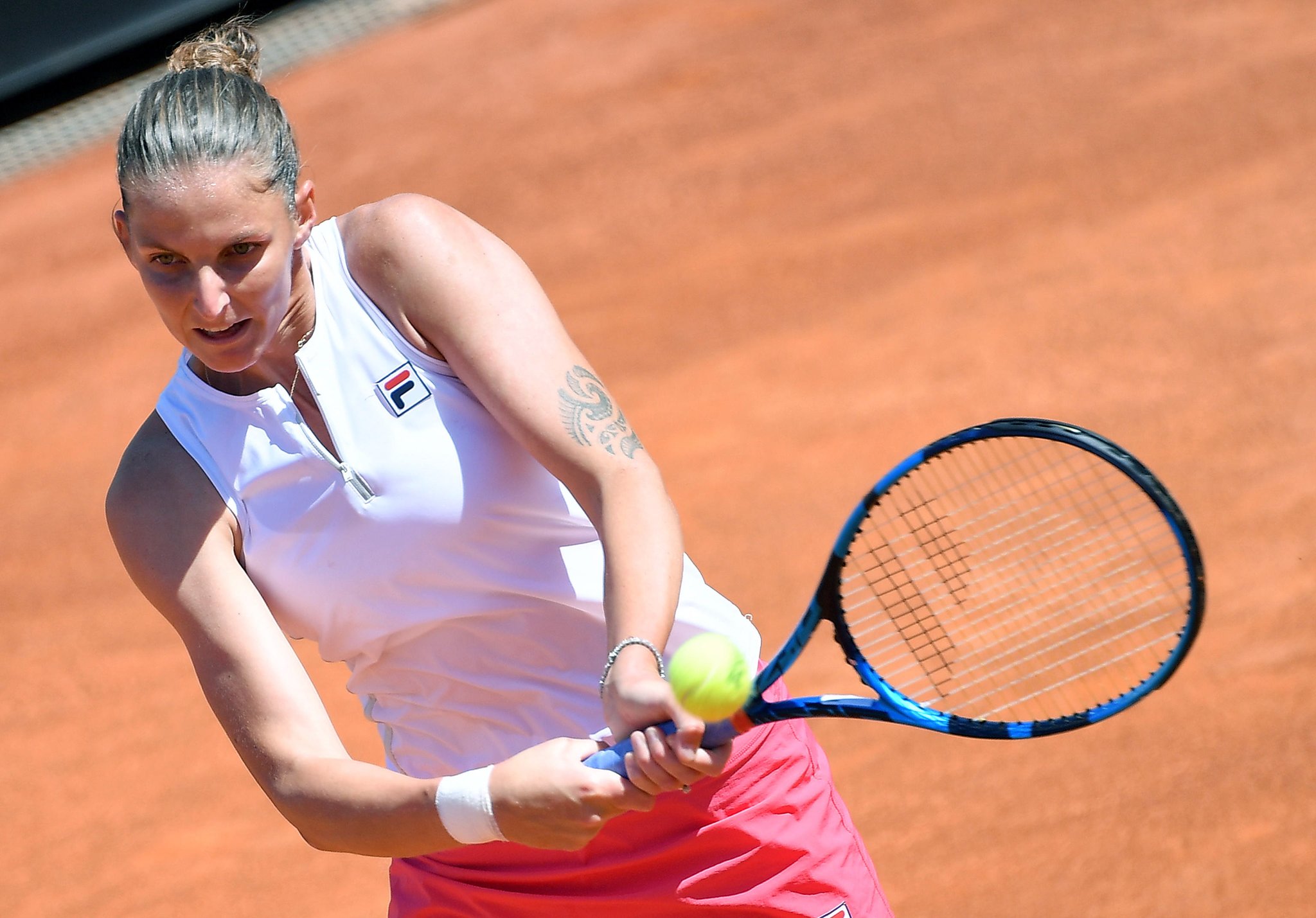 Karolina Pliskova has admitted that she approached the clay-court swing in the wrong way at the start of her career as she looks ahead to Roland Garros.

The world number 10 reflected on her playing style on the clay as she looks to make a deep run at Roland Garros next week.

Pliskova heads into the second grand slam of the season in confident form having reached the final in Rome beating the likes of Anastasija Sevastova, Jelena Ostapenko and Petra Martic.

However the final in Rome will be a match that Pliskova will want to forget after only winning 13 points against Iga Swiatek in a 6-0 6-0 defeat.

In an interview Pliskova admits that she understands how to play on clay now, “Some people might think that my game is maybe not the best for clay, but I think I got it a bit wrong when I started playing professional tournaments on clay,” the 29 year-old told TennisHead.

“I tried to play a bit of a different game because it was clay. I tried to hit with more spin and play more of a clay-court game. But now I can see that a lot of girls are hitting big.

“I also feel like the clay is not as slow as it used to be. You can still play aggressively and beat the girls who run a lot, like Simona Halep. So I think I should just stick with my game.”

Pliskova is now under the services of Sascha Baijin who won two grand slams with Naomi Osaka.

However the 29 year-old is still yet to win a trophy under her new coach but insists the relationship is working successfully, “He’s trying his best, I’m trying my best, so hopefully we’re going to have more success in the future.”

The former US Open finalist will head to Paris as the 10th seed, with Roland Garros starting on the 30th May.

On the 27th May it will be the draw which will take place at 6pm local time.