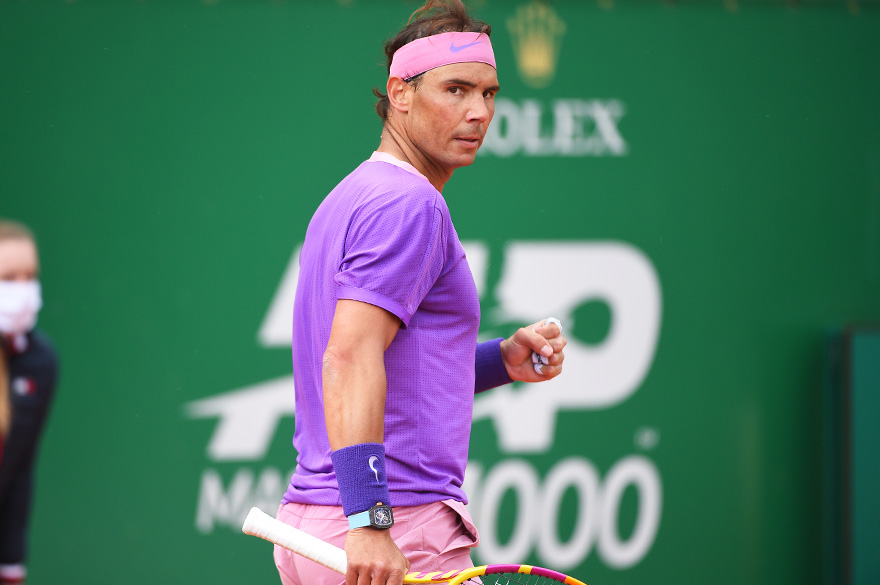 He might have won the Madrid Open more times than any other player in history but Rafael Nadal admits he has mixed emotions when he plays at the event.

The world No.2 headlines this year’s draw following the withdrawal of Novak Djokovic as he bids to win the title for a sixth time in his career. Held at the Caja Magica, the tournament is unique to other clay events due to it taking place at high altitude. Meaning that the ball travels faster than it usually would on a clay court. Giving players less time between shots during rallies.

Despite his success in the event, Nadal admits that he too also finds the conditions tricky at times despite his success. He has reached the semi-finals of the tournament in 11 out of his 13 past appearances.

“It is the most difficult event (on clay) for me, everybody knows,” Nadal told reporters on Sunday. “But at the same time is one of the most emotional events for me, playing at home.’
“We are gonna have a chance to play with a crowd again. So that means a lot to me.’
“In terms of tennis it is true that here (in Madrid) the situation is a little bit tougher. More difficult to be under control in the points. But I had some success here.”

The start to the season has been a bit of a roller-coaster for the 20-time Grand Slam champion who had to contend with a back injury during the first quarter. Then in his return at the Monte Carlo Masters he was knocked out in the semi-finals by Andrey Rublev. However, Nadal got back on track in Barcelona last week when he outlasted Stefanos Tsitsipas in a marathon final to clinch the title.

Nadal’s reaction to winning Barcelona saw him drop to the ground out of sheer delight. A celebration that is perhaps more associated with his triumphs at the French Open. He admits the reaction to that victory was linked to a combination of things.

“I didn’t play much tennis for one year. I lost in Monte-Carlo. I suffered at the beginning of the (Barcelona) tournament. I worked hard, I think mentally to keep going, and I won an important event for me, an event that means a lot,” he explained.
“It was an important moment for me in some way when you are not playing that often. It was only my third event of the year,and last year I didn’t play much. So the feeling to win again and to win a match like this is always positive.”

Of course, Nadal’s ultimate goal on the clay is to triumph at Roland Garros for the 14th time in his career. Something that hasn’t been achieved by anybody else in the history of tennis. Due to France recently entering into a lockdown, officials has opted to delay the tournament start date by a week in a bid to open the tournament up to the fans. Whilst the extra week gives players more time to prepare but Nadal is doubtful about how much of a difference it will make.

“I don’t see a big difference between one or the other thing,” he said.
“The situation is how it is around the world. The only thing that is a little bit less positive is we have one week less between Roland Garros and Wimbledon.’
“That’s the main issue more than about the preparation, for me personally, for Roland Garros.”

Nadal’s path in Madrid this year could be a tough one should the draw go according to the seeds. He will open up his campaign against either rising star Carlos Alcaraz or Adrian Mannarino. Then later in the week he may have to play Jannik Sinner, Alexander Zverev and Dominic Thiem or Andrey Rublev before the final.

World No.2 Naomi Osaka Stunned By Muchova At Madrid Open