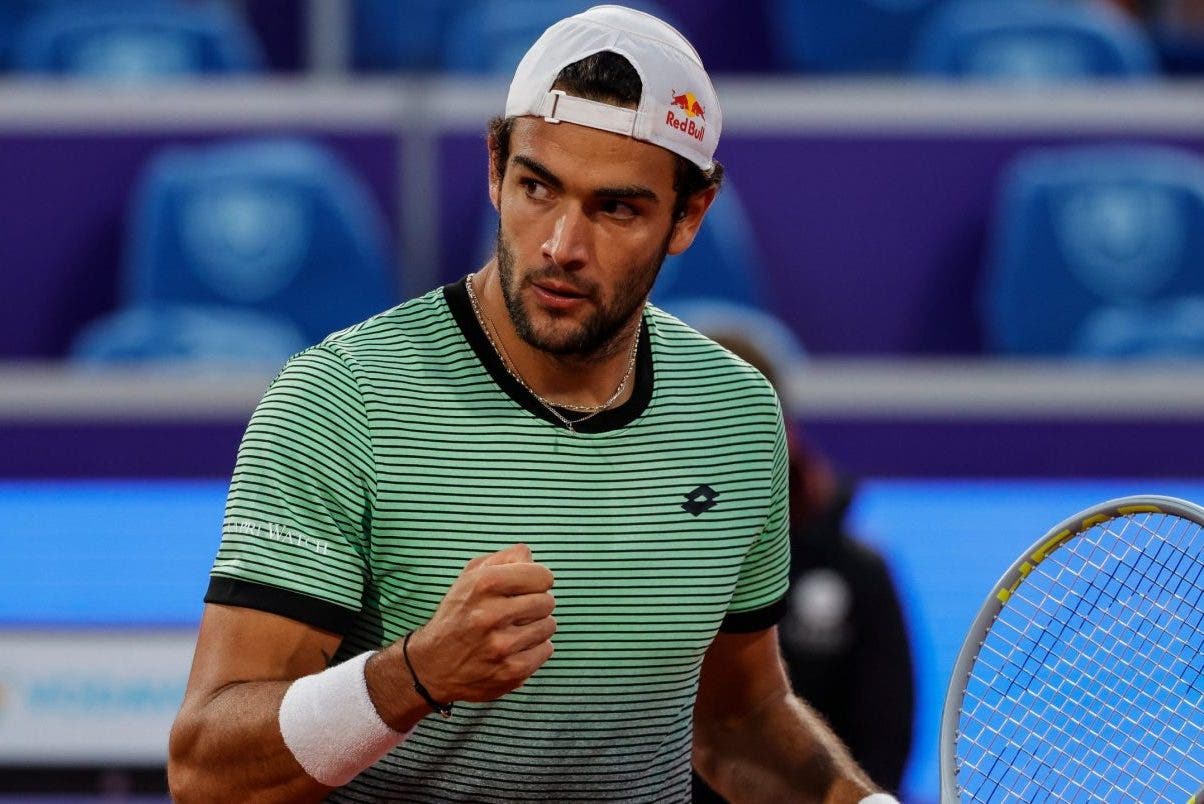 Italy’s Matteo Berrettini says winning the Serbian Open has exceeded his expectations after he overcame Russia’s Aslan Karatsev in the final on Sunday.

The world No.10 battled back from a set down to prevail 1-6, 6-3, 7-6(0), in what was a roller-coaster encounter at the Novak Djokovic Tennis Center. Berrettini won 81% of his first service points and broke his opponent three times en route to his first Tour title since 2019 and the fourth in his career. Belgrade is only the second tournament he has played singles in since withdrawing from the Australian Open in February due to an abdominal injury.

“What can I say? It’s been a pleasure being here (in Belgrade),” Berrettini said during the trophy ceremony. “I came here not with the best feelings and I was coming back from an injury. It’s never easy to come back and play at this level. I have to thank my team.”

Reflecting on his run to the trophy, Berrettini believes playing in front of people once again helped him win. Besides Karatsev, he also knocked out fifth seed Filip Krajinović, Taro Daniel and Marco Cecchinato earlier in the week.

The outcome is a bitter pill for Karatsev to swallow who recorded the biggest victory of his entire career just 24 hours earlier. On Saturday the Russian shocked Novak Djokovic in a marathon encounter that lasted more than three hours. Impressively saving 23 out of 28 break points that he faced in the match.

“Congratulations Matteo, you had a great week and your team is doing a good job,” said the world No.28. “I would also like to congratulate my team. It has been an amazing beginning to the year.”

Karatsev won his maiden title on the ATP Tour earlier this year in Dubai and reached the semi-finals of the Australian Open as a qualifier.

As for Berrettini, his win in Belgrade also has a sentimental value with it being the first time he won an ATP trophy with members of his family watching from the sidelines.

“This title is for my family, this is the first time that they are actually here to see me win the trophy even though it’s my fourth one,” Berrettini revealed. “So this is a special one. We came a long way since I was a kid and they were bringing me everywhere, so I think they deserve to see this kind of tennis and this kind of level. I really love them.”

Three out of the four ATP titles Berrettini has won have been on the clay.