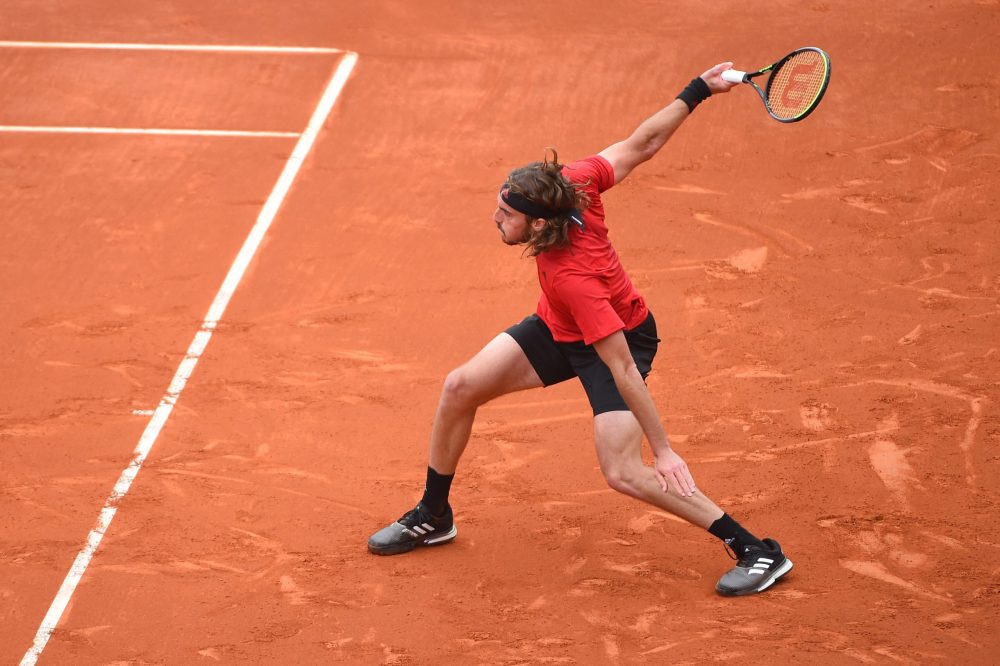 Stefanos Tsitsipas has become the first Greek player in history to win a Masters 1000 title after dismissing Andrey Rublev in straight sets at the Monte Carlo Masters.

The world No.5 dictated the final from the onset as he roared to a 6-3,6-3, victory to claim his first title of the season. A performance that has ended Rublev’s run of winning seven consecutive finals played on the Tour. The 71-minute triumph saw Tsitsipas hit 18 winners to 13 unforced errors as he won 79% of his service points overall.

“It’s been an unbelievable week in Monte Carlo. I can’t describe my feelings right now. I’m overwhelmed by so many different emotions and nostalgia,” Tsitsipas said during his on-court interview.
“It’s incredible that I am able to be in the position that I am and I think we both deserved to be in the final. He (Rublev) put on an amazing fight and an amazing show.‘
“I would consider this the week of my life so far for sure.” He added.

Playing in his third Masters 1000 final, Tsitsipas got off to a dream start at the Monte Carlo Country Club. Two games into the showdown, back-to-back Rublev forehand errors enabled the fourth seed to draw blood as he broke en route to a 3-0 lead in just 10 minutes. Rublev, who has won more matches than any other player on the Tour this season, managed to regain some rhythm in his shot-making as the set progressed but was unable to derail his rival. Dropping just one point in three service games, a clinical Tsitsipas clinched the opener with relative ease. Closing it out with the help of a body serve which forced another mistake from his opponent.

It was a case of deja vu in the second frame with the three-time Grand Slam semi-finalist continuing to capitalize on some tentative hitting from across the court. Once again Rublev’s unforced error count cost him but this time it was on the backhand side. Tied at 1-1, two mistakes from the Russian enabled Tsitsipas to break once again as he extended his stronghold to a set and a break. From then on, it was only a matter of time before the title was his. Converting his first match point with the help of another error from Rublev.

“I knew he was going to be a difficult opponent to face and there were a lot of nerves coming into the match,” Tsitsipas said of playing Rublev. “He always wants to bring the best out of us so playing Andrey was a difficult thing to do. Considering it was a final and there was extra stress.’
“I’m just proud of the way I managed to behave and be out on the court today.”

In the immediate aftermath of his win, the new champion wrote ‘all starts from Monte Carlo’ on a TV camera lens. Hinting that he intends to make waves on the clay in the coming weeks. Monte Carlo is the second most prestigious title in Tsitsipas’ career after the 2019 ATP Finals. His triumph occurred at a venue where his mother Julia won a junior title 40 years ago back in 1981.

“The clay court season couldn’t start better,” he stated. “It’s the best thing right now winning my first Masters 1000. It’s even more special winning it here on home soil at Monte Carlo and doing it on my favourite surface clay.”

Tsitsipas has become the 71st Masters 1000 champion in history since the series was created in 1990 and the second this year after Herbert Hurkacz.