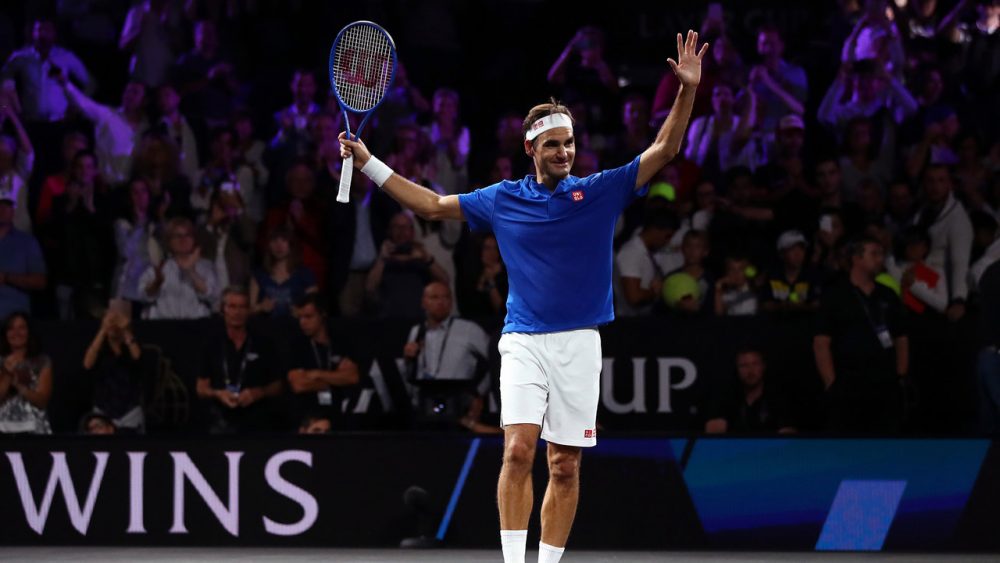 Roger Federer is yet to reach the peak of his form as he continues training ahead of his return to the clay next month, according to coach Severin Luthi.

The 20-time Grand Slam champion has only played in one tournament this season which was at the Qatar Open in Doha where he reached the semi-finals. It was the first time the Swiss Maestro had played on the Tour for more than a year after being sidelined by a right knee injury. In 2020 Federer underwent two minor surgeries on his knee with the second being conducted after the first failed to produce desired results.

After Dubai Federer’s agent, Tony Godsick, told The Associated Press that he skipped the Miami Open ‘to work his way back on the Tour.’ Since then the former world No.1 has largely kept out of the public eye as he trained.

“In terms of fitness, Roger is still lagging behind, which is a priority,” coach Luthi told SRF on April 25th.
“Tennis practice sessions are very intense and good, but are not taking place that often yet like it would be in a tournament environment.“

Luthi has been a member of Federer’s camp for more than a decade and also previously coached the Swiss Davis Cup team to the title back in 2014. He didn’t elaborate on the areas of Federer’s game which still needs improvement ahead of his next tournament which will be the Geneva Open.

“Roger gives you a lot back,” Luthi commented on their partnership. “I’ve learned a lot on the human side. I just try to do everything in my power to help him.”
“I see us coaches more as consultants. In the end, Roger decides on the court,” he added.

Federer, who will turn 40 in August, is currently ranked eighth in the world despite his absence from the sport in recent months. This is due to changes made to the ranking calculations related to the ongoing COVID-19 pandemic. He has previously stated that his goal is to get back to full fitness in time for the Wimbledon Championships which he has won a record eight times.

Although before Wimbledon comes the clay. Geneva will be the only tournament he will participate in leading up to the French Open. He recently stated on Twitter that he ‘will use the time to train’ until then.

Federer has won 103 ATP titles so far in his career which is the second highest tally in the Open Era after Jimmy Connors.