Recent Achievements By Those Outside The Big Three Good For Tennis, Says Matteo Berrettini - UBITENNIS 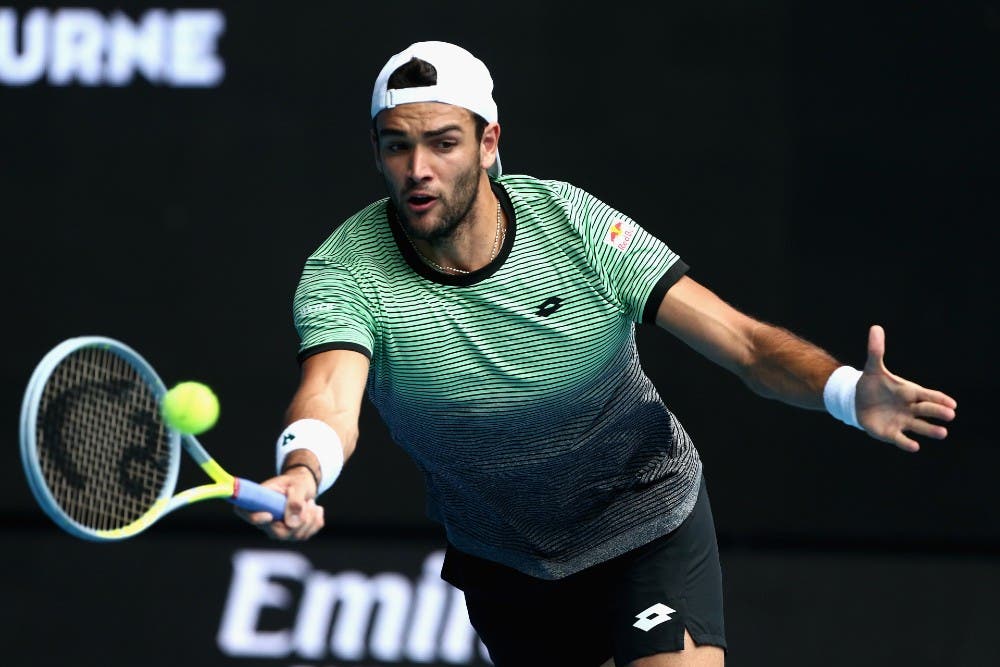 Matteo Berrettini says he believes the Big Three’s monopoly in men’s tennis is starting to change and expects the same to start happening in Grand Slams soon.

The world No.10 says it is ‘nice’ that the trio, which is made up of Novak Djokovic, Rafael Nadal and Roger Federer, hasn’t been dominating tournaments in recent weeks. All three of them were absent from the Miami Masters which was won by Poland’s Herbert Hurkacz. Although Djokovic and Nadal did play in the Monte Carlo Masters where they lost in the second round and quarter-finals. Stefanos Tsitsipas ended up winning the title with a straight sets win over Andrey Rublev.

“I think It’s a nice thing for tennis that it’s not all the Big 3,” Sportskeeda quoted Berrettini as saying on Monday. “Even though the Slams are still a little bit. But I think something’s going to change even in the Slams.”

It remains to be seen when that change will come even with the ongoing resurgence of the Next Generation. Since 2017, 15 out of 16 Grand Slam titles have been won by a member of the Big Three. The only exception is Dominic Thiem who was victorious at the US Open last year.

Nevertheless, Berrettini believes as the youngsters get more experience it will only be a matter of time before they challenge for the big titles.

“I think eventually it’s going to happen (Next Gen taking over),” he said. “Not just because of the age, but because of the experience, because these guys you get are really good.”

A former Grand Slam semi-finalist, 25-year-old Berrettini is hoping for a strong run of results in the coming weeks after what has been a tough start to the season. During the Australian Open he suffered an abdominal injury and ended up missing almost two months of the Tour. He returned to singles competition last week in Monte Carlo but lost in the first round to Spain’s Alejandro Davidovich Fokina.

The next test for Berrettini is this week’s Belgrade Open where he is the second seed after Djokovic. Now back to full fitness, he says his desire to improve further has been inspired by the development of his younger peers.

“I’m healthy now, I have been working hard to get ready. I went to Miami but I wasn’t ready to play, so I decided to withdraw. The injury was serious, it was something I had never experienced before, and it affected my serve big time,” Berrettini commented.
“I feel ready to compete now, and I need matches to shape up my form. Young players have had a lot of success recently, and that helps me to get better, improve my level and follow their pace. They have proven they can play on a very high level, also gathering experience.”

Berrettini will play Marco Cecchinato in his opening match in Belgrade later this week.

Related Topics:matteo berrettini
Up Next

ATP In Talks WTA Over Possibility Of Grouping Commercial Rights Together