Monte-Carlo Masters Monday Preview: Two of the ATP’s Fastest-Rising Stars Meet in the First Round - UBITENNIS 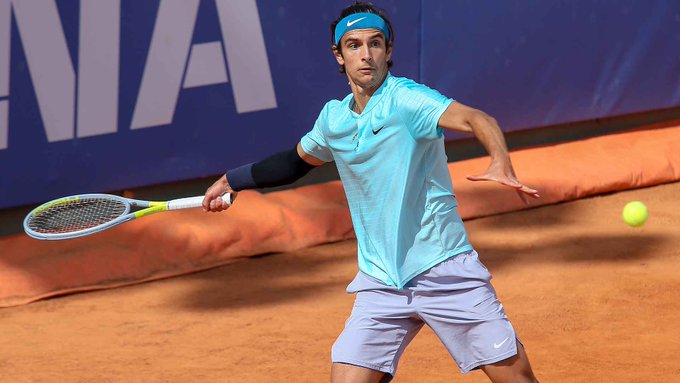 19-year-old Lorenzo Musetti and 27-year-old Aslan Karatsev have skyrocketed up the rankings since the tour restart last summer, and their first career meeting will open Monday’s play.  We’ll also get our first look at Felix Auger-Aliassime with new coach Toni Nadal on his team, as he faces one of the ATP’s best clay court players.  And the defending champion of this event from 2019, Fabio Fognini, will play his opening match against a 21-year-old who won his first ATP title last September on clay.

Eight of the top 10 players in the world are entered into this draw, all of whom received first round byes.  Only Roger Federer and Dominic Thiem are absent from this event.  World No.1 Novak Djokovic, new No.2 Daniil Medvedev, and 11-time champion Rafael Nadal are the top seeds.

With rain and cool temperatures forecast for this week in Monte-Carlo, slow conditions, along with weather delays, should be anticipated.

Throughout the week, this preview will analyze the most prominent match of the day, and note the other intriguing matchups on the day’s schedule.  Monday’s play will begin at 11:00am local time.

When tour events re-started last August, Karatsev was ranked 253rd in the world.  And the veteran had never been inside the top 150.  But after training hard and playing many exhibitions during the tour shutdown, the Russian’s career exploded.  Since August, he is an astonishing 42-9 at all levels, with two Challenger titles and one tour-level title.  And in his first-ever main draw appearance at a Major, he reached the semifinals in Melbourne, with victories over three top 20 seeds.  Despite the current two-year frozen ranking system, he’s risen all the way into the top 30.

When tour events re-started last August, Musetti was ranked 284th in the world.  But he made an indelible impression at his home country’s Masters event.  After coming through qualifying in Rome, he defeated both Stan Wawrinka and Kei Nishikori.  The very next week, also in Italy, he won his first Challenger title.  Lorenzo started off 2021 by reaching two more Challenger finals, and then made a thrilling run to the semifinals in Acapulco, with wins over Diego Schwartzman, Frances Tiafoe, and Grigor Dimitrov.  And just last week, he saved four match points to upset top-seeded Dan Evans in Cagliari.  He recently debuted inside the top 100, with a further rise seemingly inevitable.

Both men accumulated excellent records last season on clay: Karatsev was 17-2 at all levels, while Musetti went 20-6.  However, while Lorenzo has played 11 matches on this surface in 2021, this will be Aslan’s first clay match of the year.  And the slow, heavy conditions on Monday will not bolster the powerful groundstrokes of Karatsev.  At an event featuring nine Italians in the singles draw, Musetti should be favored to likely join several of his fellow countrymen in the second round.

Cristian Garin (16) vs. Felix Auger-Aliassime – Felix shocked the tennis world last week by announcing the addition of Toni Nadal to his coaching team.  Garin loves playing on clay: all five of his ATP titles have come on this surface.  They have split two previous meetings, both in February of 2019 on clay in South America.

Fabio Fognini (15) vs. Miomir Kecmanovic – Fognini won the biggest title of his career two years ago on these grounds.  Kecmanovic was the champion of the clay event in Kitzbuhel seven months ago.  These two have never before played.

Hubert Hurkacz (13) vs. Thomas Fabbiano (Q) – This will be Hubi’s first match since winning the Miami Open eight days ago.  Fabbiano is one of four Italian men to qualify for this event, though he hasn’t won a tour level match since upsetting Dominic Thiem at the 2019 US Open.

Veronika Kudermetova Finally Has Her Own Trophy