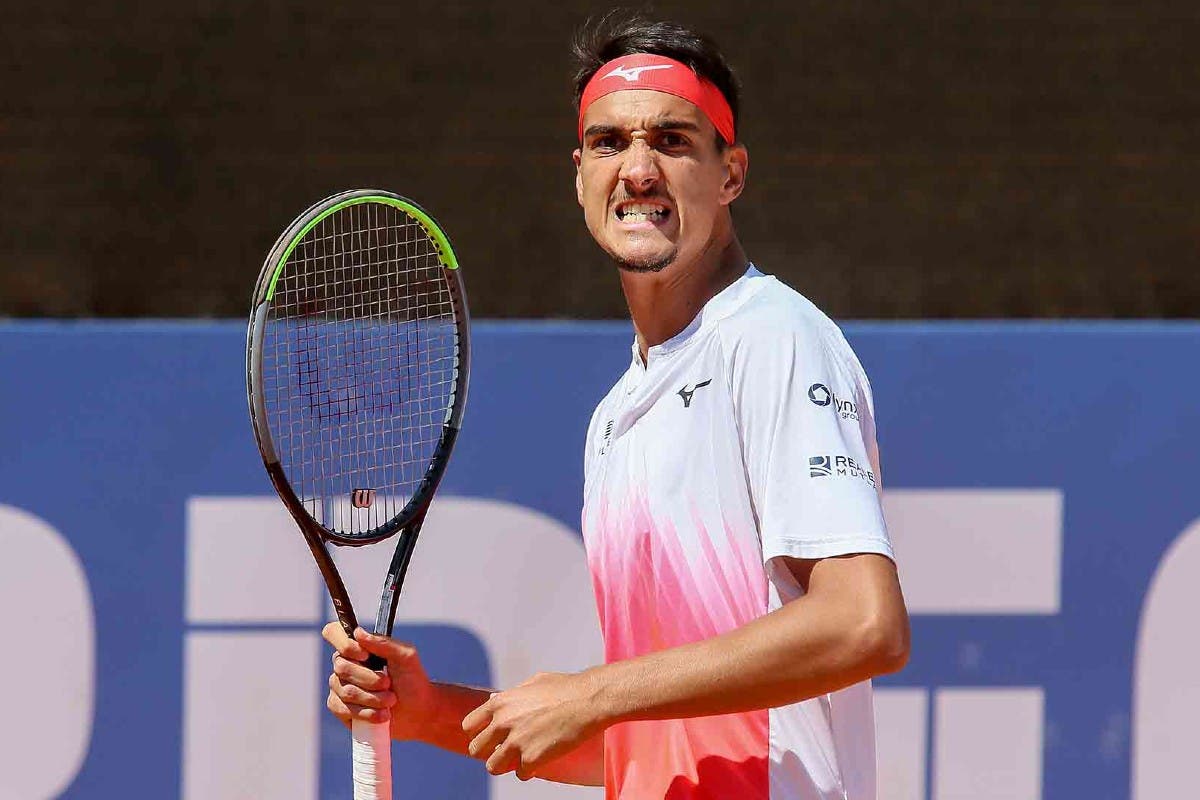 Third seed and world number 34 Lorenzo Sonego claimed his second ATP Tour title with a 2-6 7-6 (7-5) 6-4 over Laslo Djere in just over three hours at the Sardegna Open at the Tennis Club Cagliari.

Sonego has become the first player to clinch singles and doubles titles in the same tournament since Feliciano Lopez at the Queen’s in London in 2019. Sonego teamed up with Andrea Vavassori to win the doubles title yesterday.

Djere earned an immediate break in the first game of the opening set. The Serbian player saved three break points in his first service game and broke serve in the seventh game with a backhand winner to build up a 5-2 lead. He served out the first set 6-2 on his first chance after 46 minutes.

Sonego broke serve in the fourth game of the second set to open up a 3-1 lead, as Djere hit a forehand long. Djere came back to win three consecutive games for 4-3. Sonego fended off three break points at 5-5 to hold serve after two dueces. Sonego sealed the tie-break 7-5 with a foreand volley winner after 81 minutes.

Sonego broke serve with a deep backhand return that forced an error from Djere in the fifth game of the third set to take a 3-2 lead. Djere earned a break point in the sixth game, but Sonego held serve at deuce for 4-2. The Italian player held his final two service games to clinch his first title since June 2019 at the Antalya Open. Sonego also finished runner-up to Andrey Rublev in the final of the Erste Bank Open in Vienna last October.

Djere was bidding for his third title after his previous triumphs in Rio de Janeiro 2019 and Sardinia Open 2020.

Sonego is the second Italian player to reach three finals on three different surfaces (Antalya on grass, Vienna on indoor hard-court and Cagliari on clay). The Turin native player achieved his career-high after beating Novak Djokovic 6-2 6-1 en route to the 2020 Vienna final, becoming the first lucky loser to beat the Serbian legend. Last October he beat Taylor Fritz 7-6 (7-5) 6-3 7-6 (19-17) to reach 2020 Roland Garros fourth round, winning the longest men’s singles tie-break in tournament history. Sonego started playing tennis at the age of 11 with Gipo Arbino, who has remained his coach to this day. He played football before focusing on tennis and is a keen fan of his home city football team Torino. His idols growing up were Roger Federer and Jo-Wilfried Tsonga.

“The match was long and I remained calm in the second set tie-break. I knew the match was not finished because I had always kept fighting. It’s wonderful to win the title with all my team here. Now I am really tired, but I am very satisfied. I am happy to follow in the footsteps in Filippo Volandri’s footsteps and win a title on home soil”, said Sonego.