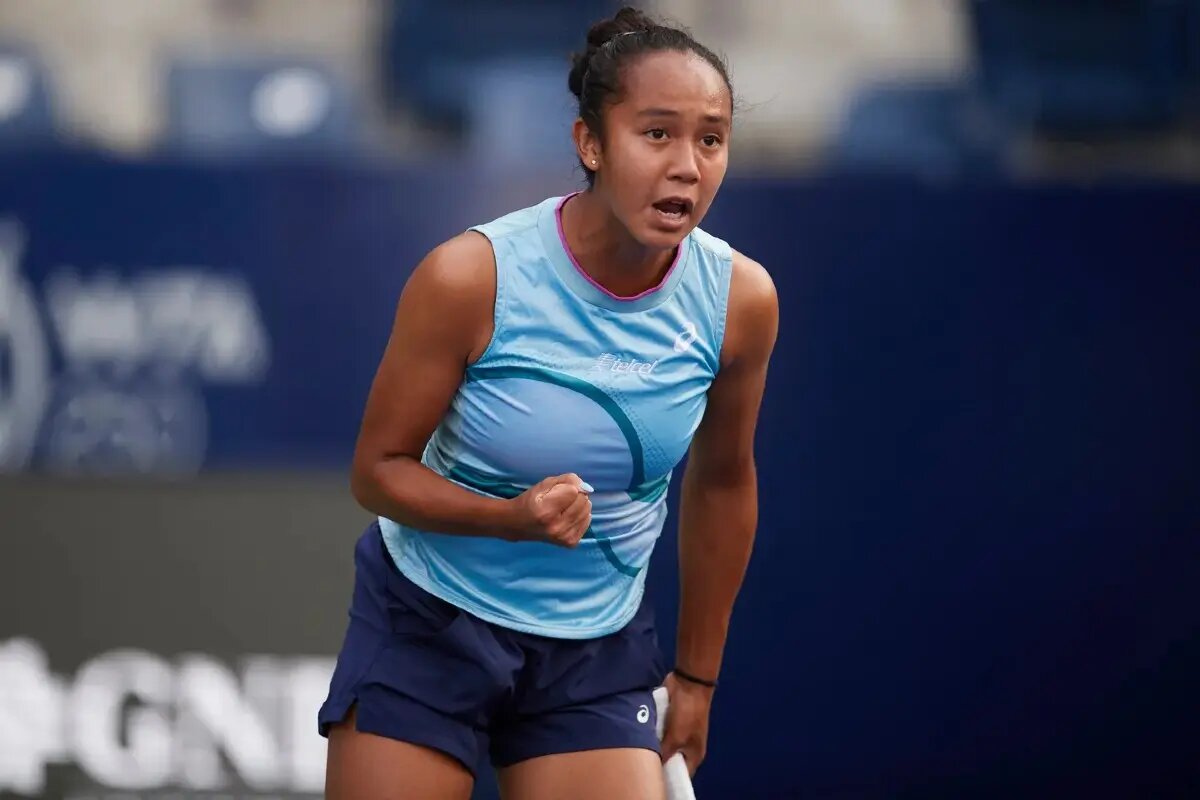 Leylah Fernandez is into the second round of the Volvo Car Open after beating the number 16 seed Shuai Zhang 6-3, 6-1, on Tuesday.

The world No.72 converted five out of her six breakpoints and won 60% of her first serve points to seal victory in just 69 minutes. 18-year-old Fernandez won her maiden WTA title earlier this year in Monterrey but then lost in the first round of the Miami Open.

“It feels good, I’m happy to be here playing for the first time this tournament, I’ve heard so many great things so I am happy I can come in with a lot of confidence,” the 2019 French Open girls champion commented on her latest Tour win.

The Montreal native got off to the best possible start earning two breakpoints in the opening game of the match and broke to take an early 1-0 lead. However, the lead didn’t last long as Zhang earned two breakpoints by applying great pressure on the Canadian’s serve and broke right back. Once again the world No.72 would earn two more breakpoints the following game and break once again.

It was Fernandez who was the first to hold serve but faced pressure at 4-3 as she was struggling with her ball toss. It affected her serve and she would double fault to give her Chinese opponent a breakpoint. She would save it and eventually hold at a crucial juncture of the match and went on to serve out the set.

In the second set Fernandez didn’t take her foot off the gas, in fact she started dominating saving an early breakpoint in the opening game of the second set and holding serve.

She would break the following game but the world number 41 wasn’t giving up and earned another chance to break but the Canadian was up to the task of saving it and held serve once again.

At 3-0 the Fernandez kept the pressure going and would earn two more breakpoints. Breaking once more to go up a double break. She would serve out the match to book a spot in the second round.

“I played good, I was hitting my targets and my spots when I needed them and she made a few mistakes here and there that helped me but I was just trying to keep the momentum from Monterrey going to here and I’m happy that I got my first round,” she said afterwards.

Fernandez will next face Danka Kovinic of Montenegro who beat the Romanian Gabriela Talaba 7-6 (2), 6-4.