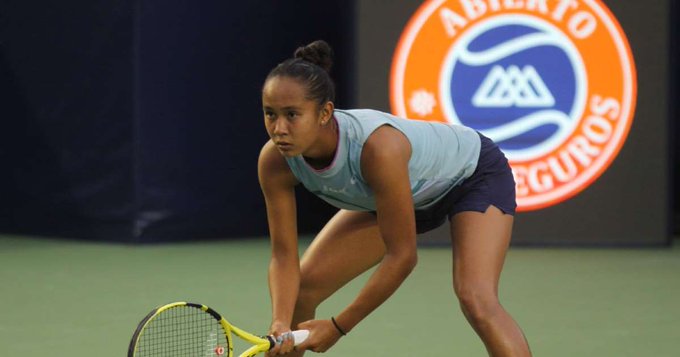 Danka Kovinic is through to the third round of the Volvo Car Open after beating the Canadian Leylah Fernandez 6-4, 3-6, 6-3 in a match that went back and forth with a whole lot of breaks.

This was how the match started with the world number 91 earning three breakpoints in the very first game as once again the Montreal native was off to a slow start.

She would break but the lead wouldn’t hold and at 2-1 the Canadian earned three breakpoints of her very own and managed to get the break back and go back on serve.

At 3-3 it was the Montenegrin once again with a chance to break and she would do just that with a stunning passing shot down the line winner. She would serve out the first set to take it 6-4.

Just the like first set the world number 91 had two breakpoints in the very first game of the second set and broke again before the Canadian responded breaking right back.

Both players were struggling to hold serve and after Fernandez held she would break once more to take a 3-1 lead before the Montenegrin would break back at 4-2 to send the match once again back on serve.

The Montreal native would break again to take a 5-3 lead and serve for the set but was actually faced with two breakpoints which she was able to save before sealing the set to take it 6-3, sending the match into a deciding third set.

After holding serve the world number 91 went on the attack and took advantage of a poor service game from the Canadian and would break to take an early 2-0 lead.

The world number 72 had two chances to break to go back on serve but the world number 91 would do a good job saving both before ultimately giving up the break.

She was determined to get the break back and set up three breakpoints with another superb passing shot and would break to take a 3-1 lead. The Canadian responded the very next game breaking again before the world number 91 would be the first player of the third set to hold serve.

Kovinic served out the match to win another three-set match and set up a big third round match with Petra Kvitova.

In other action Veronkia Kudermetova beat Emma Navarro 6-4, 6-4, Lauren Davis pulled off the upset of the day sending Sofia Kenin out of the tournament beating her in a three set marathon 4-6, 6-3, 6-4.