Hubert Hurkacz: "To beat Jannik Sinner, you have to do something special" - UBITENNIS 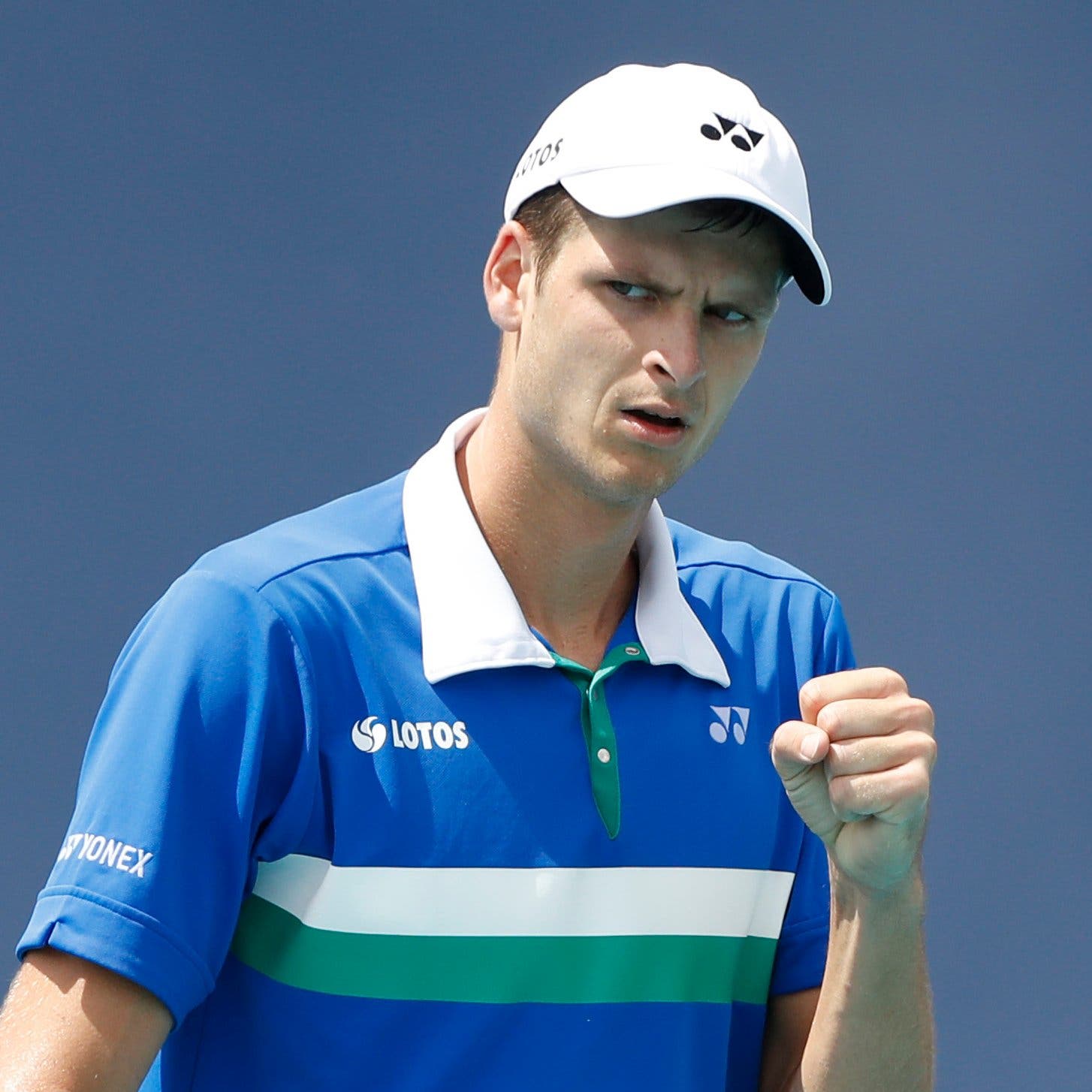 Hubert Hurkacz has broken into the top 20 in the ATP Rakning for the first time in his career after claiming the biggest title of his career at the Masters 1000 in Miami, where he beat Jannik Sinner last Sunday.

Hurkacz has moved up from world number 37 to his career-high number 16 and is currently ranked number 6 in the Race to Turin, which considers only the results from 1 January 2021.

Hurkacz beat Denis Shapovalov, Milos Raonic, Stefanos Tsitsipas and Andrey Rublev in the previous rounds before claiming 7-6 6-4 in the final. For the first time in his career he beat two back-to-back top 10 players and improved his record against the top 10 to 7-10.

The Polish 24-year-old player clinched his third career title in Winston Salem in 2019 and Delray Beach in 2021. He played his best tennis on US soil, where he trains under the guidance of Craig Boynton, who coached Jim Courier, Mardy Fish, John Isner, Sam Querrey and Steve Johnson in the past.

“I played my best ever tennis. I was solid throughout the whole tournament, and I was able to get through each round, and was even more pumped for the next round. I think that’s special for me. My tennis is getting better. We work hard with my coach Craig Boynton, and I am very happy that it happened here. We still need to improve a couple of things and just try to get better each day. Winning the tournament like this like gives you extra like motivation and self-confidence”, said Hurkacz.

Hurkacz lives and trains for most of the year in Tampa, Florida, where Boynton is based. The 24-year-old player from Wroclaw claimed the third title of his career on US soil after winning in Winston Salem in 2019 and Delray Beach in 2021. With his title at the Hard Rock Stadium in Miami Hurkacz has moved up to sixth in the ATP Race to Turin.

“Last year I spent so much time in Florida. I was here almost half of the year. We were working pretty here, and I think I am used to the conditions. I think that’s been part of the success I had here in Florida. I played the best tennis I ever played. I was solid throughout the whole tournament and I was able to get through each round. I was even more pumped for the next round. I think that’s something special for me. My tennis is getting better. I was even more pumped for the next round. That’s something special for me. My tennis is getting better. We work hard with my coach Craig and I am very happy that it happened here. We still need to improve a couple of things, and just try to get better each day. I have been working a lot with Craig on the serve, on the forehand return, as well. Obviously, like on the mental approach and the tactics, and the tactics, how to play certain opponents. My serve serve gave me a lot of free points, and against such as a great opponent you need them to stay competitive. Like always, you need battle from the baseline to get ahead, and with your serve you can get just a little bit of edge on your side ”.

“I was super happy of Iga. What she has done there in the French Open was amazing. I think that gave the belief for us: for me and the younger players in Poland that it’s possible to win those big titles. Hopefully with my game, I can also inspire some people in Poland and hopefully they enjoyed it there. I am super proud to be Polish, and I am thankful for all the support that I get”.

Hurkacz beats Sinner, whom he considers as his best friend on the circuit. They played in the doubles tournament in Dubai, reaching the quarter finals.

“The final against Jannik was very hard. You have to do something special to beat Jannik. He is a fantastic player. He is a great person and will have a great future. I hit with Jannik like on the Challenger in Italy when I first got into top 100, so that was like three years ago or even a little bit more. He might have lost in qualies there, but he was practicing every single day. I was seeing him like like in 2019, like, practising in Monte-Carlo. Then getting some wildcards and playing well in the ATP events. Like he was just practising there. He was alway very nice. He is very professional. He really wants to improve and get better. He is a super cool guy. I wish him all the best for the future. He started playing better, when I had the chance for a 5-0 lead in the second set. I got nervous and he clawed his way way back into the match.”.

The younger generation had a chance to win a Masters 1000 title in the absence of the Big 3 players Novak Djokovic, Rafael Nadal and Roger Federer. “I think like all the Next Gen guys were trying their best game, to compete as hard as they can. Hopefully spectators enjoyed it and liked it. Jannik is an amazing competitor and player. I think he is great great for the sport, like couple of other guys. It’s not for me to judge but hopefully, all the people enjoyed watching us and supporting us players play here in Miami”.