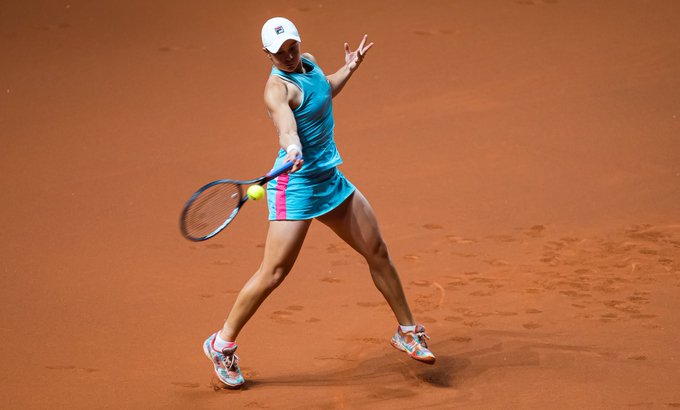 Elina Svitolina fought back from one set and a 5-2 down and fended off two match points in her 6-7 (4-7) 7-5 6-2 win over defending champion Petra Kvitova after 2 hours and 37 minutes to reach the semifinals at the Porsche Grand Prix in Stuttgart.

Svitolina went down a set and 5-2 in the second set and saved two match points before winning 11 of the last 13 games to stop Kvitova’s six-match winning streak. The Ukrainian player saved 13 of the 16 break points she faced.

Kvitova still leads 7-4 in her 11 head-to-head matches, but Svitolina won her last three matches with Kvitova at the WTA Finals in 2018 and Miami and Stuttgart in 2021.

In the first set Svitolina broke back to draw level to 5-5, as Kvitova was serving for the set at 5-4. Kvitova went up a 6-3 in the tie-break and converted her second set point with her forehand. The Czech player converted her fifth break poin to open up a 3-1 lead.

Svitolina had to face a match point on her serve at 5-2, but she held her serve forcing Kvitova to serve for the match. Svitolina earned a double break point after Kvitova made a double fault. Svitolina broke back at 5-4, as Kvitova hit an overhead long.

Kvitova held a second match point, but she misfired long, allowing Svitolina to hold serve for 5-5. Svitolina earned a break in the next game with a passing winner. Svitolina saved a break point to win her fifth consecutive game.

Svitolina went up a double break to race out to a 4-1 lead. Kvitova saved two match points at 5-1, but Svitolina converted her fourth match point to complete the comeback win.

Svitolina set up a semifinal clash against Ashleigh Barty, who came back from 3-5 down in the final set to beat Karolina Pliskova 2-6 6-1 7-5.

Barty came two points from defeat five times, as Pliskova served for the match at 5-4 in the third set but she rallied from a break down to advance to the semifinal. Barty has improved her win-loss record to 5-2 in her seven head-to-head matches against Pliskova.

Pliskova converted both of the break points in the opening set, while Barty was not able to convert any of her three chances.

Barty went up a double break to take a 4-1 lead in a four-deuce fifth game of the second set. The Australian player made two double faults to trail 1-2 in the third set. Pliskova went up a 5-3 lead. The Czech player saved four break points with unreturned serves, as she was serving for the match, but she was not able to reach match point. Barty won 10 of the last 12 points to take a hard-fought win in the third set.

Pliskova converted all three break points on Barty’s serve and fended off 14 of the 19 chances she faced.

“In a sense it was probably a match of two sets. In the first set I wasn’t able to build any pressure. Karolina was getting in and out of her serving games too quickly, and in tun was having freedom on my service games. Being able to flip that switch right from the first game of the second set was imprortant. To make it more of a physical match was what we were after, and over time we were able to get the match back on my terms as muchas we expected”, said Barty.