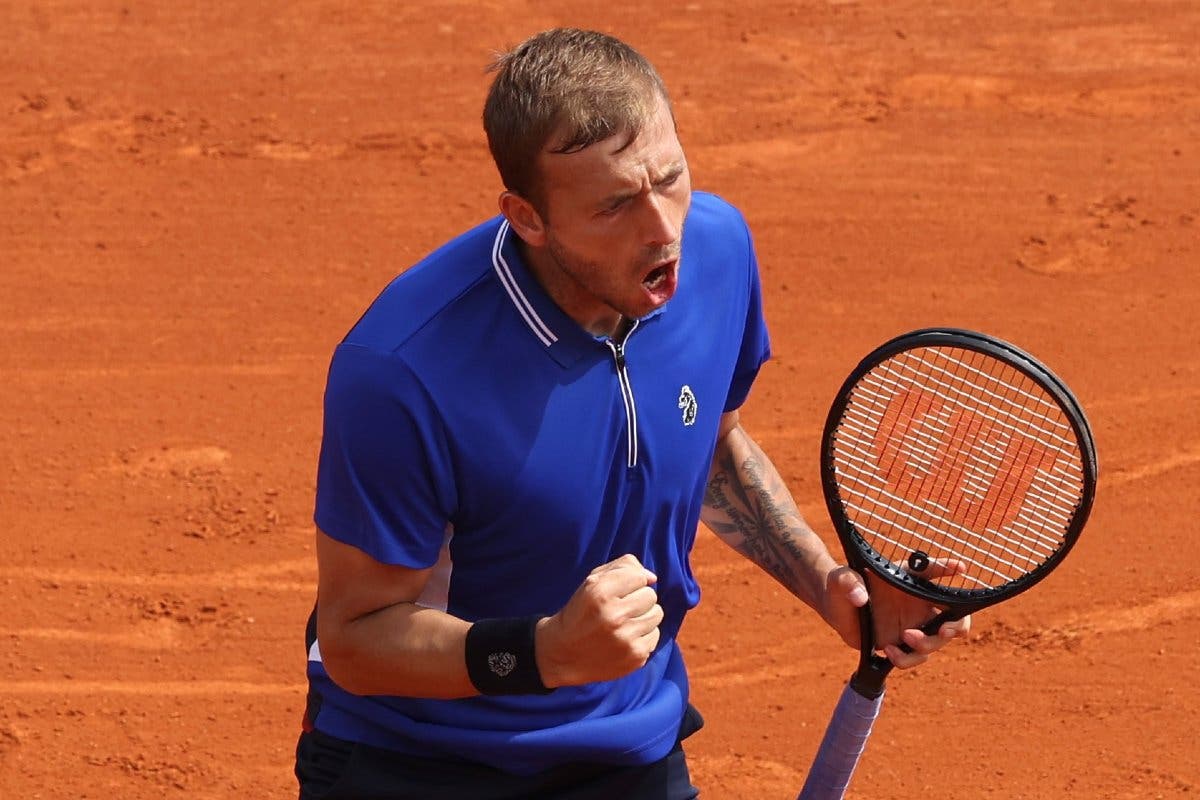 Daniel Evans upset world number 1 and two-time champion Novak Djokovic 6-4 7-5 after 2 hours and 6 minutes to advance to the quarter finals at the Monte-Carlo Rolex Masters.

Dan Evans scored the biggest win of his career to stop Djokovic’s unbeaten start to the 2021 season.

Evans had won just four clay-court matches before this week’s Monte-Carlo Rolex Masters. Djokovic fought back from a double break down, but Evans held his nerve to win the first set 6-4. The World number 33 bounced back from 0-3 down before saving one set point at 4-5 30-40 en route to his fourth top 10 win. Evans ended Djokovic’s perfect 10-0 record this season, that includes his ninth title at the Australian Open.

Evans wasted a game point at 3-0 and dropped his serve after a serve and volley from Djokovic.

Djokovic held at love in the fifth game and earned two break points in the sixth game. Evans saved them and held serve after four deuces to take a 4-2 lead after a 10-minute sixth game.

Evans wasted a game point at 4-3 and dropped serve after sending a forehand long. Evans broke serve at 15 in the ninth game allowing Evans to convert his third set point at 5-4 after 56 minutes.

Djokovic held serve after deuce in the first game of the second set and forced Evans’error to break serve in the second game. Djokovic held serve at deuce with a service winner to take a 3-0 lead. Evans pulled one break back in the fifth game with a forehand with a forehand down the line winner to close the gap to 2-3. The British player saved a break point in the eighth game to hold serve after four deuces for 4-4.

Evans saved a set point in the 10th game before breaking serve in the 11th game to take a 6-5 lead. The Brit sealed the win with a forehand winner at 6-5.

“It has not sunk it in yet. I could not quite believe the last ball went over the net. It nearly didn’t. I was pleased with how I playing coming into the match. I felt good You can never be confident coming into such a big match like that against Novak. It is clearly a big win and I am delighted that I got through, especially being a break down and having had little difficulties in the first set. It was really pleasing and I am delighted”, said Evans.

Goffin earned the only break of the match at 3-3 in the opening set. The Belgian player raced out to a 6-2 in the tie-break of the second set, but Zverev came back by winning consecutive points to take a 7-6 lead.

Goffin fended off one set point at 6-7 in the tie-break of the second set and sealed the win on his fifth match point.

Zverev was bidding to reach his third quarter final of the 2021 season.

Nadal Clinical in his win over Dimitrov in Monte Carlo

Stefanos Tsitsipas moves into the quarter finals in Monte-Carlo