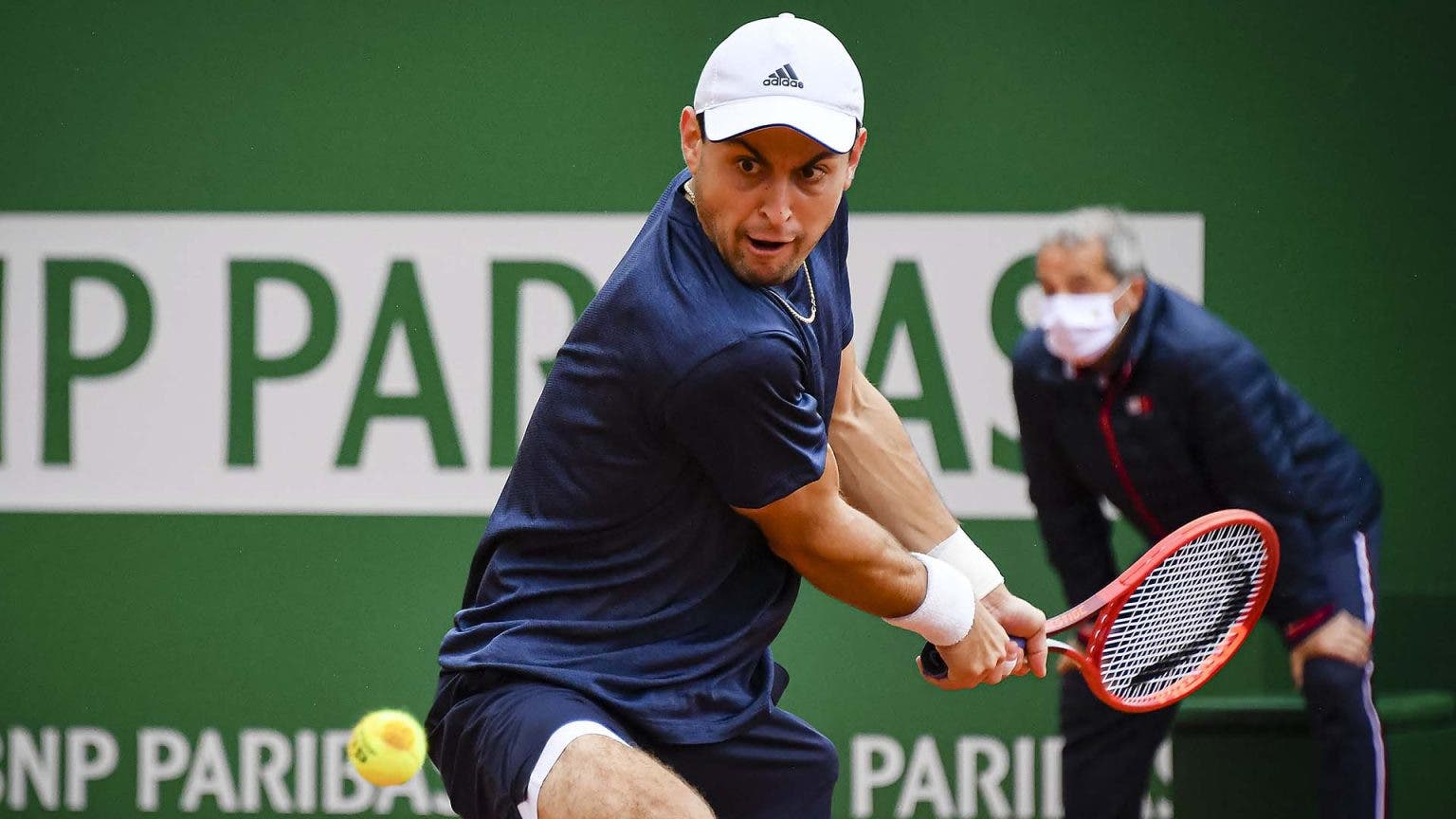 This year’s Australian Open semifinalist and Dubai champion Aslan Karatsev beat world number 84 Lorenzo Musetti 6-3 6-4 after 88 minutes in a rain-interrupted first-round match to reach the second round of the Monte-Carlo Rolex Masters. Karatsev saved four all four break points he faced in his debut match in Monte-Carlo.

Karatsev earned an immediate break at love in the first game to open up a 2-0 lead. Musetti saved four break points to hold serve after three deuces for 1-2.

Musetti earned four break-back points in the sixth game, but Karatsev fended them off at deuce before the match was interrupted by rain at 4-3 by a rain delay, which lasted more than four hours.

After the match resumed, Karatsev converted his second break point on the ninth game to claim the first set 6-3.

Musetti rallied from 0-40 down and saved three break points to hold serve at deuce in the fourth game for 2-2. Both players went on serve until the 10th game when Karatsev broke serve on his second match point with a cross-court backhand to seal the second set 6-4. Karatsev won his debut match at the Monte-Carlo Rolex Masters.

Karatsev will face 2019 ATP Finals champion Stefanos Tsitsipas for the first time in the second round. Karatsev holds a 2-2 record against top 10 players, with wins against Diego Schwartzman and Andrey Rublev.

Karatsev broke into top 100 and top 50 at career-high number 42 after reaching the Australian Open semifinal as a qualifier. The Russian player became the first player in Open Era to get through the semifinal in Grand Slam main draw debut.

“It was very tough for my first match of the season on clay with tough weather conditions. We started in the morning and I started pretty well, I broke him and then the court was getting heavy, the ball was heavy. It is tough to play against him. He is really fit. He runs a lot and gives everything back, so you have to build a point by yourself and close the point by yourself”, said Karatsev.

Alejandro Davidovich Fokina edged past Alex De Minaur 6-4 7-6 (7-3) to set up a second round match against Matteo Berrettini. Davidovich Fokina fended off six of the eight break points he faced to draw level to 1-1 in his head-to-head matches against De Minaur.

Davidovich Fokina saved four break points in the fourth game to hold serve after six deuces. De Minaur earned the first break in the sixth game to take a 4-2 lead. Davidovich Fokina won four consecutive games with two breaks in the seventh and ninth games to close out the opening set 6-4.

John Millman beat Ugo Humbert 6-3 6-3. Millman earned two consecutive breaks in the seventh and ninth games to win the first set 6-3. Humbert broke from the first time in the match at deuce to take a 2-1 lead. Millman won five consecutive games from 1-3 down to claim the second set with breaks in the sixth and eighth games.