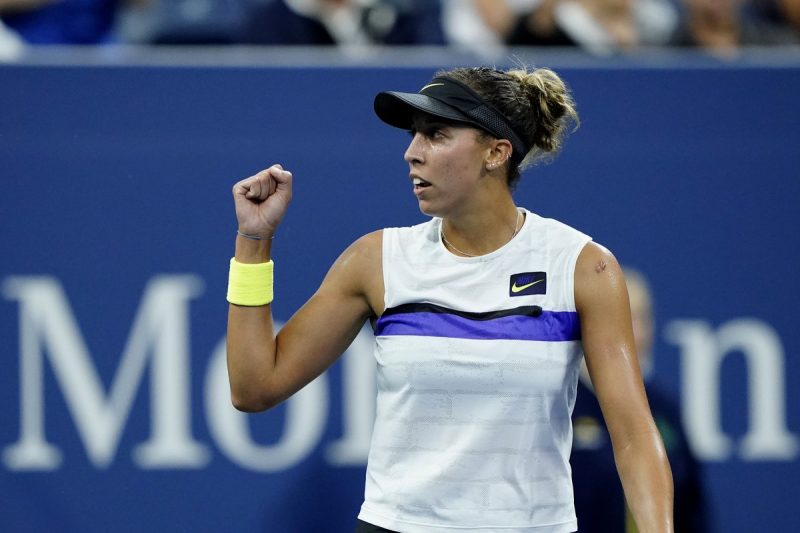 Former US Open finalist Madison Keys has marked her return to the WTA Tour with a straight sets triumph over Belinda Bencic in the first round of the Qatar Open.

Keys, who last played at the French Open prior to this week, looked to be in top form as she dismissed the sixth seed 6-1, 6-4, in just over an hour. The American hit 24 winners against 13 unforced errors as she won 83% of her first service points. She was only broken once in the match which was during the closing stages of the opening set.

“It’s amazing to be back. I’m smiling under my mask,” Keys said during her on-court interview. “Disappointed that I couldn’t go to Australia, but very happy to have the first match of my season like this.”

The 26-year-old is looking to get back on track after testing positive for COVID-19 earlier this year which ruled her out of the Australian Open. Keys endured a lacklustre 2020 season where she only played five tournaments due to the pandemic and registered eight wins on the Tour.

“I just had super, super mild symptoms, so I was really lucky and got back on the court as soon as I was over it.” She explained.

This week the world No.19 is seeking her first title of any sort since the 2019 Cincinnati Open and the sixth in her career. Next up for the American will be a clash against Maria Sakkari who kicked off her campaign in Doha on Monday with a clinical 6-0, 6-3, win over Egypt’s Mayar Sherif.

Unlike other tournaments, Keys has the luxury of playing in front of fans under strict COVID-19 regulations. Visitors are required to use a contact tracing app, undergo temperature checks and wear masks at all times. The number of spectators has been capped at 20% of its normal capacity.

“To come out and play in front of fans again is so amazing. We (the players) really appreciate everyone who comes out and cheers us. I’m super happy to see them back,” said Keys.
“It’s going to be a really tough match (against Sakkari). She got me the last time we played. I’m going to have to look at that match to see what she did better than what I did and hope I do a better job next time,” she later added.

In other matches, Germany’s Laura Siegemund set up a meeting with Victoria Azarenka after battling past Elena Rybakina 7-6(7), 7-6(5). Also through to the next round is Anastasia Pavlyuchenkova, One Jabeur and Jessica Pegula who won their matches in straight sets.