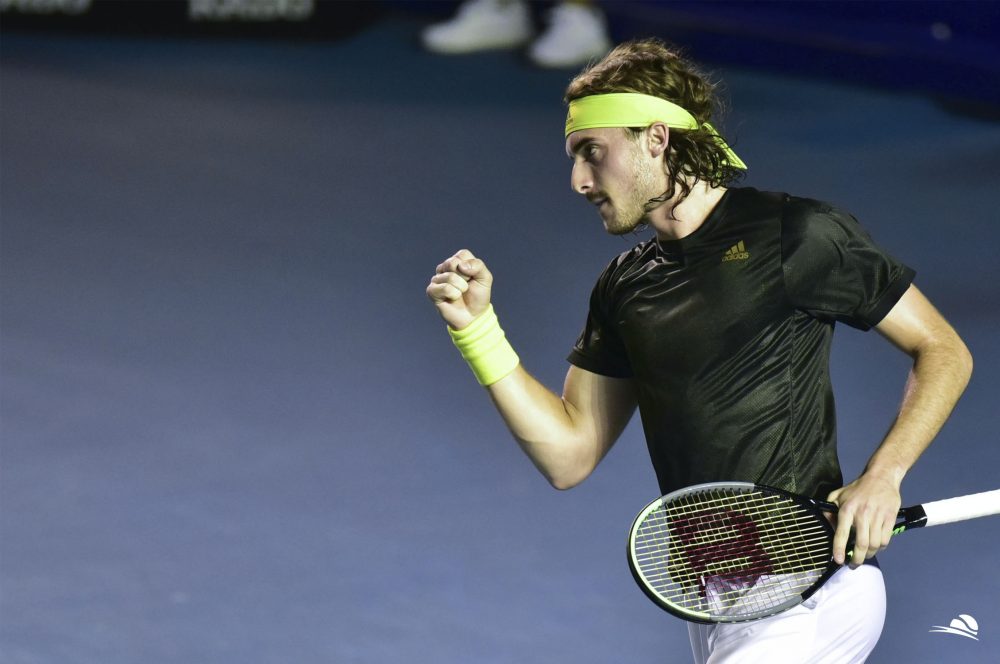 Stefanos Tsitsipas is into the final eight of the Abierto Mexicano Telcel in Acapulco after dispatching of 6ft 10 American John Isner 6-3,6-2. He hit 23 winners in the match while the world number 27 hit 17 unforced errors.

” Things worked out pretty well, I had a pretty good return game, it was very important you don’t want to get into tiebreaks with this guy he can get really dangerous,” Tsitsipas told reporters following the win.
“Today I managed to stay composed and concentrated in all moments I had opportunities, I converted most of my breakpoints which was very important which gave me confidence throughout the whole match.”

Tsitsipas made a rapid start to the match by winning his opening service game with ease and putting pressure right away on the American big serve. He would manage to get the first break as Isner hit four straight errors to give up the break early. That break was the only break the number one seed needed and he would serve out the set in a mere 27 minutes.

Once again in the first game of the second set Tsitsipas had break opportunities and would convert hitting two blistering passing shots with the world number 27 at the net.

He didn’t stop there and would earn another breakpoint with Isner stuck at the net again and would break the following point as the American failed to return a volley that would land at the bottom of the net for a 3-0 lead.

Tsitsipas served out the match in clinical fashion not facing a breakpoint and out serving the ace machine in Isner to set up a quarterfinal clash with the number seven seed Felix Auger Aliassime.

In his post-match press conference Tsitsipas was questioned if he thought his latest match was his best so far this season.

“ I would consider it as a really good match,” he said. “I think adding so much simplicity in my game, not over exaggerating, not doing crazy things but playing enough well to win and it happens that it was a pretty good score against a top player like him.
“It’s difficult playing against someone like him, I’m not expecting to go out there and win with that score, I think i’ll be lucky enough if I manage to get a break so that’s the mindset so it went better eventually than I thought it would”