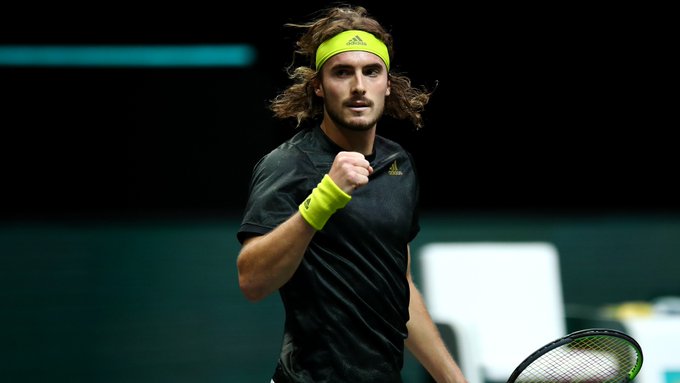 Stefanos Tsitsipas is aiming for future grand slam success after a positive start to the 2021 season.

The world number five has made a positive start to the 2021 season with semi-final appearances at the Australian Open and Rotterdam with that five set victory over Rafael Nadal in Melbourne being the key highlight.

However Tsitsipas is an ambitious player and the 22 year-old is planning to do better than just reach semi-finals at events.

Speaking to Greek Magazine DownTown Tsitsipas claimed that this is only the start of what he hopes to achieve, “Of course, it’s great to reach the semi-finals of the Australian Open,” Tsitsipas said.

“But to be honest, I aim higher. I have to face these players in order to win a Grand Slam. That day I was not ready, I was not able to go out and stand against him (Medvedev).”

Tsitsipas’ rivalry with Medvedev is one that hasn’t gone in the Greek’s favour having lost to him both at the ATP Finals last year and at this year’s Australian Open.

This is something he will need to improve if he is to top the best players in the world in the latter stages of grand slam events.

For now though, Tsitsipas is focusing on his pre-clay court tournaments as he looks to continue his form at the ATP 250 event in Marseille this week.

Tsitsipas’ first opponent of the week will be either former Australian Open semi-finalist Lucas Pouille or Slovakian qualifier Alex Molcan.

Paul Annacone explains why tennis fans shouldn’t be too concerned by the current difficulties Thiem is experiencing.

The difficulties US Open champion Dominic Thiem is facing are similar to those experienced by both Pete Sampras and Roger Federer, according to one of their former coaches.

Earlier in the week the world No.4 said he ‘fell in a hole’ after lifting his maiden Grand Slam title in New York and admits to struggling with travelling on the Tour during the COVID-19 pandemic. During a recent interview with Der Standard he hinted at changing his approach to tennis after dedicating so much of his life to the sport over the past 15 years. The ongoing mental struggles come during what has been a mixed start to the season. Thiem has won five out of nine matches played so far in 2021 but he has only won back-to-back matches in one tournament.

Offering some comfort to the 27-year-old, Paul Annacone believes what he is going through is normal and there is no need for alarm bells to be ringing. Annacone is a former world No.12 player who is perhaps best known for his work with Sampras over a seven-year period. He has also coached Federer for three years and Tim Henman for four.

“When you get to that level where he is, now it’s like: ‘Now what?’ Roger and Pete both talked to me a lot about the difference between getting there and staying there,” Annacone told The Tennis Channel.
“And I think that once you get there there’s another evaluation of: ‘Hey, where do I go from here, what do I do and what gives me the joy of doing it? Is it the pursuit or is it the accomplishment?’
“Those are the things that Dominic Thiem has to realize. I think everyone does it for a different reason.
“Pete was all about excellence, accumulating all the trophies and Major titles. Roger lives the life and loves the life. Thiem’s got to figure out what is it for him, what’s gonna keep driving him.”

Annacone said it took former world No.1 Sampras ‘a couple years to settle in’ after winning his maiden US Open title back in 1990. The American didn’t win his next major title until three years later at the 1993 Wimbledon Championships and eventually ended up claiming a total of 14 Grand Slam trophies.

“The one other thing that resonates with me a little differently, is that I remember talking to Pete Sampras when he won the US Open for the first time – something he had been chasing his whole life,” he said.
“He won it and it kind of took him a couple of years to settle in, to go ‘Okay this is what I’m doing’ because after he won he went through a whole process of ‘Why do I play, what do I want to do, this is what I do’.
“It took him a while to get comfortable, so I wonder if that is part of the equation for Thiem right now as well.”

After taking time away from the Tour to ‘reset’ both physically and mentally, Thiem is expected to return to action next week at the Madrid Open in what will be his first clay event of the season. His aim remains to peak in time for the French Open where he has reached the final at on two separate occasions.

The number one seed was forced to go the distance once again. 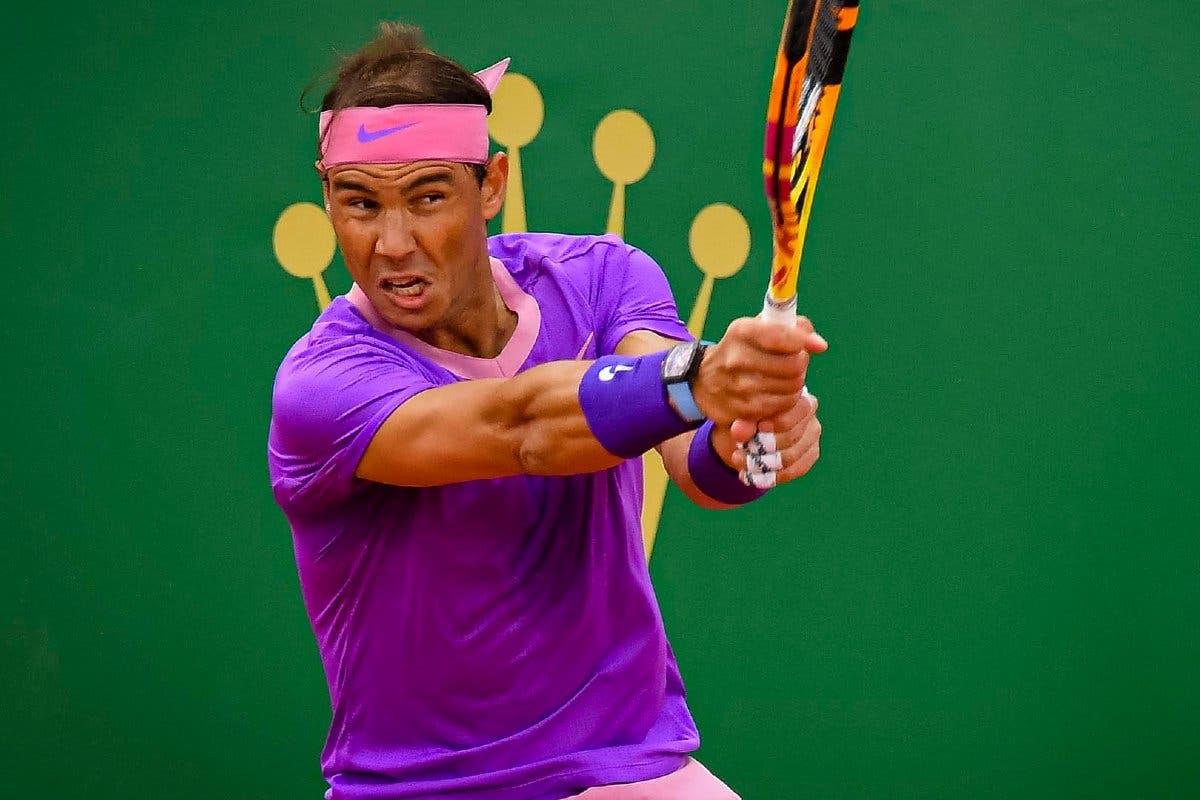 Rafael Nadal was made to work hard once again as for the second straight day he played a three set match beating the Japanese world number 39 Kei Nishikori 6-0, 2-6, 6-2 in two hours and 20 minutes.

The 11-time champion hit a total of 21 winners and broke his opponent five times during what was a roller-coaster encounter. Nadal has now won 63 matches at the tournament during his career and has defeated Nishikori twice in Barcelona. The two also met in the final of the 2016 Championships.

” I think Kei played a great level of tennis, it was a very tough match, anything could happen,” said Nadal. “It was clear to me I needed something else in the second set and in the beginning of the third . He was playing very clean and I think I did it, I played more aggressive. I’m quite happy with the way I survived and the way that I played”.

The Spaniard got off to a great start holding his opening service game and then earning his first breakpoint of the match by winning a long intense rally and he would go on to break to take an early 2-0 lead.

The very next game Nishikori had two chances to break back to go back on serve but was denied by the Mallorca native as he held serve.

Nadal continued to dominate and it looked like it was going to be a quick and convincing victory. He would set up another breakpoint with a great passing shot, broke once again and would eventually serve out the set to take it 6-0 in 31 minutes.

The world No.3 faced some pressure in the opening service game of the second set but managed to save a breakpoint and hold serve. Nishikori finally made a breakthrough at 1-1 after breaking the Spaniard to take a 2-1 lead.

At 3-1 Nishikori had a chance to go up a double break but again the number one seed hung in and saved both breakpoints. At 4-2 the Florida resident would earn his second break of the set and serve it out to send it to a deciding third set.

In the first game of the final set the Japanese world number 39 earned three more breakpoints but Nadal wasn’t giving in and saved all three before holding serve.

Nishikori had another chance at 1-1 but the Spaniard held his ground and he would eventually make the breakthrough to take a 3-1 lead. At 4-1 the number one seed had a chance to increase his lead but Nishikori again saved both chances.

At 4-2 the world number 39 had a chance to get back in the set and the match but the Spaniard was on his game and the following game broke him one last time to seal the match with a forehand winner down the line.

“I hadn’t played difficult matches for a long time. I hope that will give me more confidence,” the 20-time Grand Slam champion reflected. “Having played two consecutive matches in three sets is not something negative, on the contrary: I have to need to spend time on the court,”

Nadal will next face Cameron Norrie of Great Britain who advanced when David Goffin had to retire due to injury. 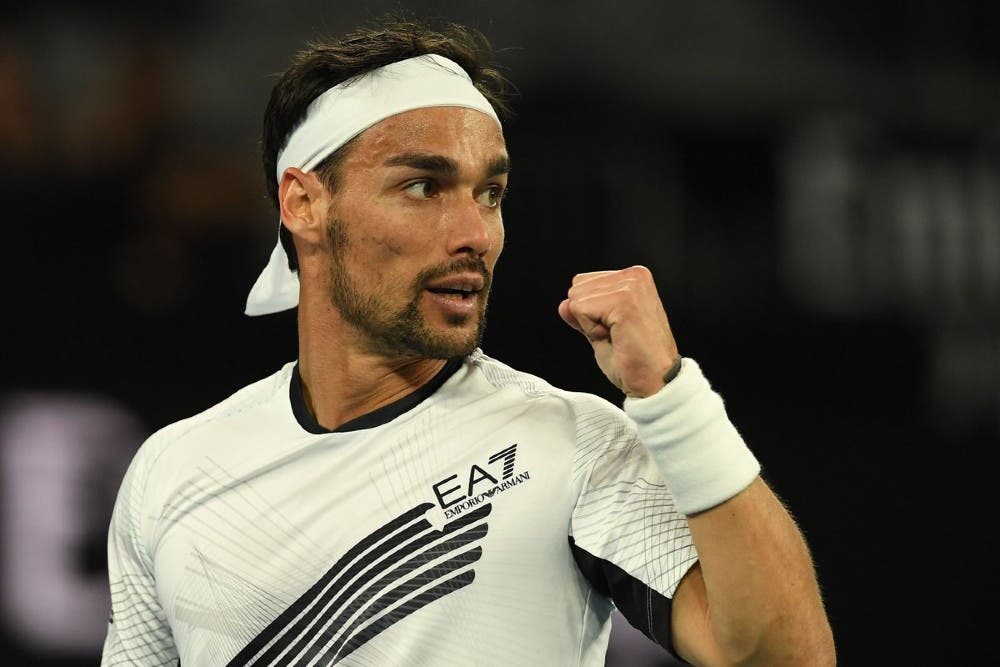