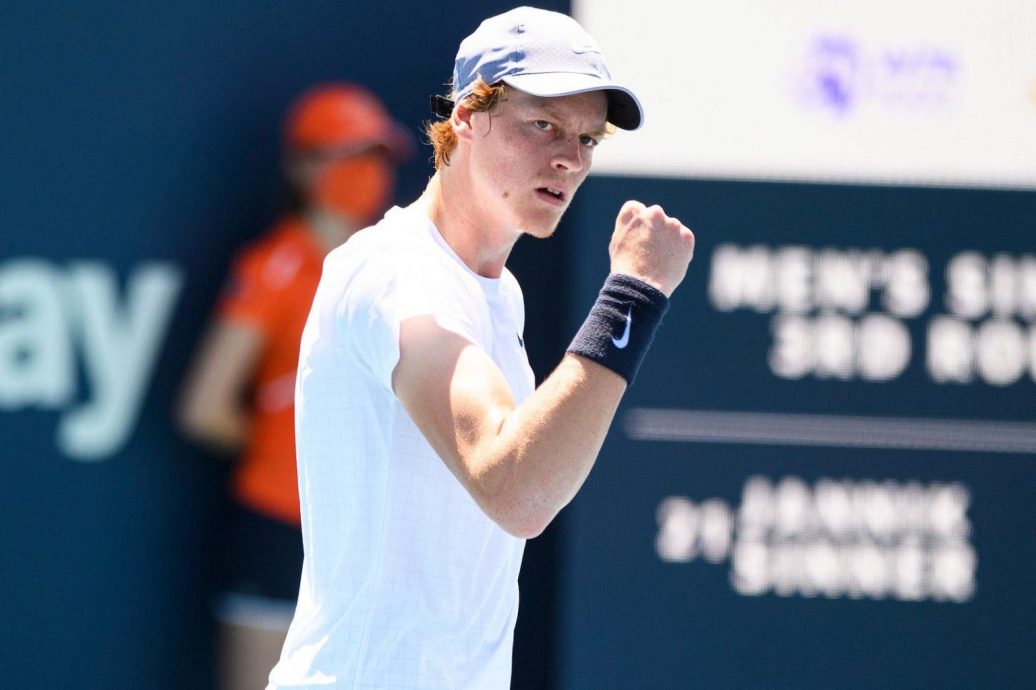 Sinner has extended his win-loss record to 2-1 in his three head-to-head matches against Khachanov. Their first two matches came down to final-set tie-breaks.

Sinner saved a break point to hold serve in the first game of the opening set. The Italian star converted his seventh break point in a very long second game featuring 11 deuces. Khachanov broke straight back on his fourth chance in the third game and held on his service game to draw level to 2-2 after 36 minutes.

Khachanov earned his second break at deuce in the fifth game to take a 3-2 lead. Sinner broke straight back in the sixth game to draw level to 3-3. Khachanov saved three break points in the ninth game before breaking for the third time in the 10th game to close out the first set 6-4 after 1 hour and 9 minutes.

Khachanov did not convert a break point in the tenth game of the second set, which went on serve en route to the tie-break. Sinner earned two mini-breaks to win the tie-break 7-2.

The third set went on serve with no break points in the first eight games. Sinner earned a break point with a half-volley at 4-4 40-40 with a half-volley. The Italian teenager converted his break point at deuce to take a 5-4 lead and served out the win in the 10th game after 2 hours and 51 minutes. Sinner has reached the Round of 16 in a Masters 1000 tournament for the first time in his career. He will face Finland’s Emil Ruusuvuori who Sweden’s Mikael Ymer 4-6 6-1 7.5.

“After the first set, I tried to get out of this situation because at the end of the daywear practise for this kind of matches physically and mentally. This you are learning in practice, with everything. I am very happy with the win and I am looking forward to playing another match after tomorrow“, said Sinner