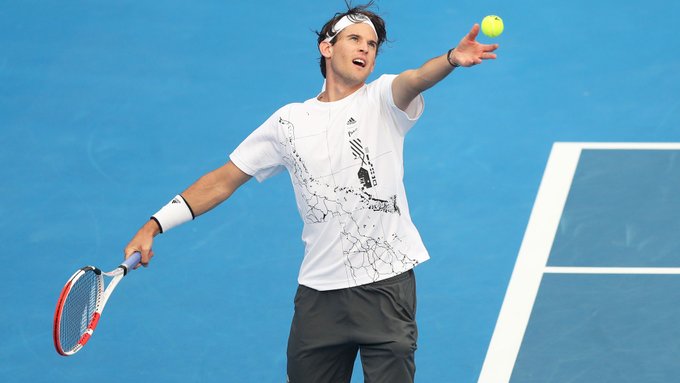 Last year’s US Open champion Dominic Thiem came back from one set down to beat 2021 Australian Open semifinalist Aslan Karatsev 6-7 (5-7) 6-3 6-2 at the Qatar Exxon Mobil Open in Doha. Thiem bounced back from his fourth round defeat at last month’s Australian Open.

The first set did not feature a break point en route to the tie-break. Thiem raced out to a 5-2 lead in the tie-break, but Karatsev reeled off five consecutive points to win the first set after 52 minutes.

Thiem earned an early break in the second game after two double faults from Karatsev to take a 3-0 lead. The Austrian player earned two breaks in the first and fifth games of the third set.

“I was up in the tie-break and then I lost it, which was not nice, but he helped me a little bit in that first game of the second set. I think he hit two double fault. After you lose a close set, it’s super important to have a good start in the next one. That’s what I had. I was pretty fast, 3-0, and so I was positive again in my mind. I also loosened up a little and started to play better”, said Thiem.

Karatsev became the first player in the Open Era to reach a Grand Slam semifinal on his main draw debut and rose from world number 114 to number 42 in the ATP Ranking.

Thiem will face Roberto Bautista Agut, who beat Alexander Bublik 6-4 6-3 with a break in each set.

Defending champion Andey Rublev reached the quarter final after 2013 Doha champion Richard Gasquet withdrew before the match due to a leg injury.

Rublev could face Marton Fucsovics in a possible re-match of last week’s Rotterdam final, if the Hungarian player beats Lloyd Harris, who beat Stan Wawrinka in the first round.

After 13-Month Break, Roger Federer’s Other Challenge Is Getting Reacquainted With The Rules