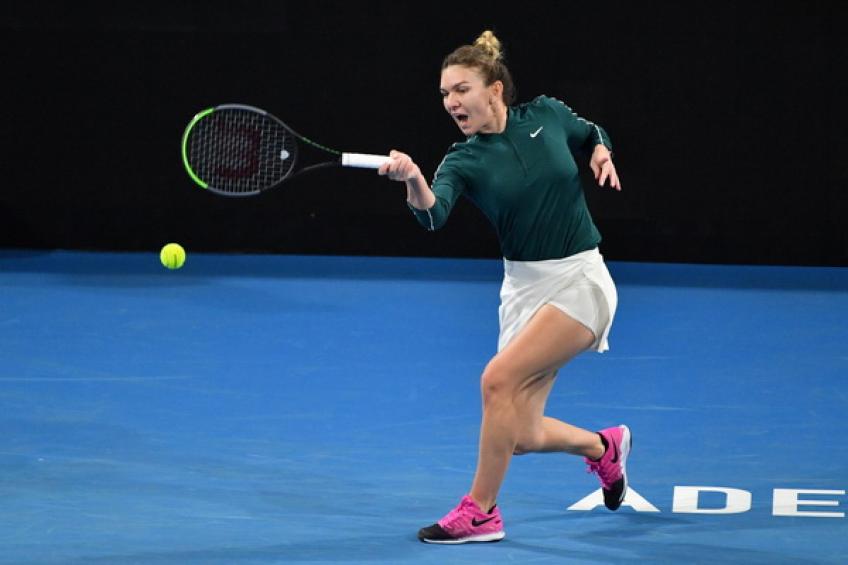 Multiple Grand Slam champion Simona Halep says she is unsurprised by the different winners there have been on the WTA Tour this season as she links the current situation to rules related to COVID-19.

So far this year 13 tournaments have been played on the women’s Tour but only one player has managed to win multiple titles. That is Daria Kasatkina who won the Phillip Island Trophy in Melbourne and the St Petersburg Open in Russia. Other champion this season include Naomi Osaka at the Australian Open, Garbine Muguruza in Dubai and Petra Kvitova in Doha.

The WTA has previously been criticised by some over the lack of consistency among players at times. However, others argue that the current situation is due to the amount of depth there currently is in the game. A view echoed by Halep who also believes bubble life is taking its toll on some.

“I think women in general struggle with a bit of pressure,” she said earlier this week.
“I feel like this period is not easy for everybody. It’s tough to stay closed in the hotel, in the bubble, like every tournament. I don’t believe that all the players can perform at the highest level that they can offer.’
“Women’s tennis, the tour, it’s open and everyone can win a tournament in top 10 for sure and also outside of top 10. I’m not very surprised. I know that tournaments are not easy for the players every week in this situation. That’s why I feel like all the players have a chance to win.”

Due to the pandemic, some events have implemented their own procedures to minimise the risk of an outbreak of the virus with the use of ‘bubbles.’ A designated area where players must stay throughout their time playing at the event. At this week’s Miami Open players are being transported to and from the Hard Rock Stadium via bus shuttle, and are not allowed to socialize with anybody outside of the bubble.

Halep, who opted not to play the US Open last year due to the virus, describes staying inside a bubble as ‘exhausting.’ However, she appreciates the rules in place after contracting COVID-19 herself. Fortunately for the Romanian she only experienced minor symptoms and has since been vaccinated.

“I feel more comfortable to travel now. That’s why I decided to come here (to Miami),” Halep explains. “A few weeks ago somebody asked me why didn’t I play US Open but why are you playing Miami? I said it’s a long time since August, so now I’m in a better position also mentally, and that’s why I’m coming.”

This year is Halep’s ninth main draw appearance in Miami where she is seeking to win the title for the first time. She is already a two-time semi-finalist of the tournament and boasts a win-loss record of 20-8. Although she is staying coy about her chances this year amid a minor injury she is dealing with.

“I think I can play on the court very well,” she said. “Now I’m struggling a little bit with the shoulder. But I’m happy to be here. Of course, I have to dream big. Maybe one day, I can win this tournament.”

Halep is the third seed in Miami and will open up her campaign against France’s Caroline Garcia.