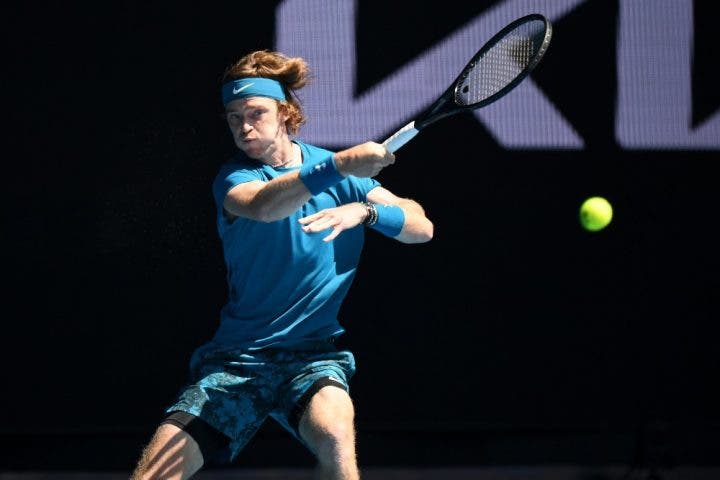 Eight-time ATP Tour titlist Andrey Rublev will open his campaign against either Australia’s Jordan Thompson or a qualifier in the first round of the Dubai Duty Free Tennis Championships. If the Russian player wins, he will face either Doha champion Nikoloz Basilashvili or Taylor Fritz in a tough third round. Basilashvili beat Fritz in the semifinal in Doha to reach the final in Doha two days ago. Rublev could face again this year’s Rotterdam finalist Marton Fucsovics, who withdrew from his quarter final clash against the Russian player last week in Doha. Fucsovics will have to beat Vasek Pospisil in the first round before possible matches against Pablo Carreno Busta and Dusan Lajovic.

Rublev, who won the eighth title of his career in Rotterdam, is on a collision course for a potential semifinal against Roberto Bautista Agut, who lost the Doha final against Basilashvili. Bautista Agut, who beat 2020 US Open champion Dominic Thiem and Rublev in Doha en route to the final, will start against Matthew Ebden and could face Sinner in the round of 16.

Rublev, who is chasing his fifth ATP 500 title, has not lost an ATP 500 match since his appearance at this tournament last year, when he lost to Dan Evans in the quarter finals. Since then Rublev has won ATP 500 titles in Hamburg, Vienna, St. Petersburg in 2020 and Rotterdam in 2021.

Number 12 seed Daniel Evans, who lost against Roger Federer in three sets in Doha, could face 2021 Australian Open semifinalist Aslan Karatsev in the second round and 2020 Vienna finalist Lorenzo Sonego.

Stan Wawrinka, who was likely to face Evans in a potential third-round match, has withdrawn from the tournament.

To seed Dominic Thiem will make his first appearance in Dubai. The Austrian player will take on a qualifier in the second round before a potential Round of 16 match against Filip Krajinovic.

David Goffin will face Kei Nishikori, who beat Reilly Opelka 3-6 6-4 6-4 in the opening round. Goffin, who beat Bautista Agut in the Montpellier final, is on a collision course with Borna Coric in a possible third round clash.

Third seed Denis Shapovalov will face a potential second round match against Jan Lennard Struff, who won his last four head-to-head matches against his Canadian opponent.

The winner of the clash between Shapovalov and Struff could meet this year’s Delray Beach champion Hubert Hurkacz in the Round of 16 and Karen Khachanov in a re-match of the 2019 Davis Cup semifinal, when the Canadian player prevailed in three sets 6-4 4-6 6-4. The top half of the draw also features Alex De Minaur, who won the fourth title of his career in Antalya.  The possible semifinal match-ups could be Thiem vs Shapovalov and Rublev vs Bautista Agut.