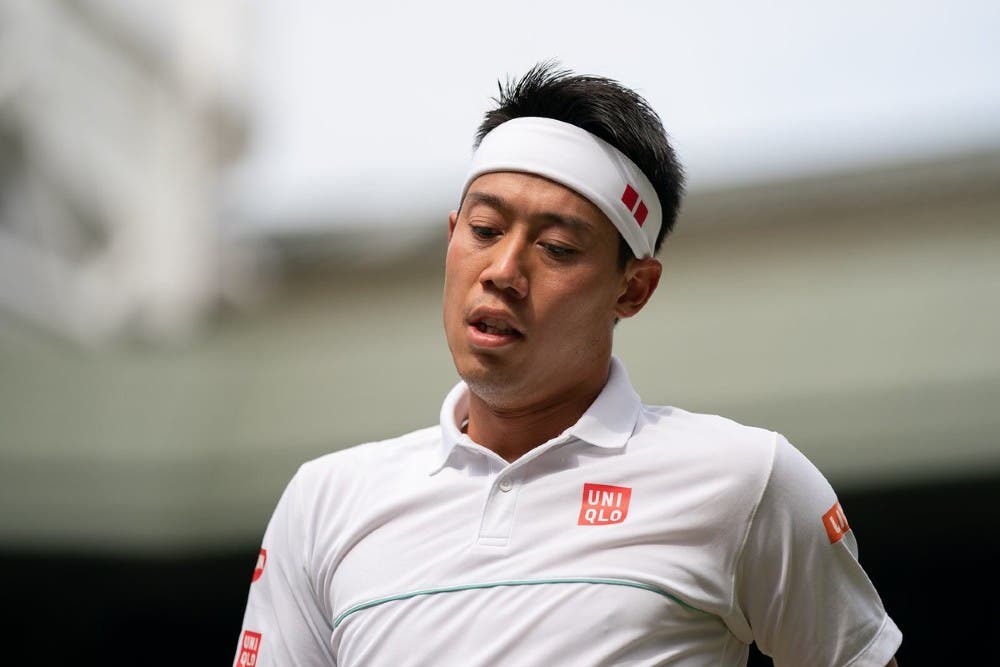 Former US Open finalist Kei Nishikori came back from one set down to beat Reilly Opelka 3-6 6-3 6-4 becoming the first player to reach the second round at the Dubai Duty Free Tennis Championships.

Opelka got the first break of the match in the eighth game to take a 5-3 lead and served out the first set to love. Nishikori broke serve in the fourth game of the second set to take a 3-1 lead, but he suffered a right ankle problem and needed it to be strapped. Nishikori saved a break point to hold serve at deuce in the seventh game and served out the second set on his first opportunity.

Nishikori earned the crucial break, as Opelka double faulted in the seventh game of the third set. Nishikori will face David Goffin in the second round. The Japanese player won all his previous three head-to-head matches against his Belgian rival.

“I played a very solid match today. I tried to focus on my first service game because I knew there would not be many chances on my return game. I tried to make my first serve and I think I did quite enough. I surprised myself how I returned on break points”, said Nishikori.

This year’s Australian Open semifinalist Aslan Karatsev saved five of the seven break points he faced en route to his 6-4 6-4 win over Egor Gerasimov. Karatsev started the match with an immediate break, but Gerasimov converted his second break-back point to draw level to 1-1. Karatsev continued the streak of three conseutive breaks in the third game to take a 2-1 lead. Karatsev saved a break point to hold serve in the sixth game and won his next service games and served out the first set on this third set point in the 10th game. Karatsev will play against Daniel Evans in the second round.

Gerasimov saved three break points to hold serve in a five-deuce first game. Gerasimov converted his second break point to open up a 2-0 lead. Gerasimov broke straight back on his third opportunity and held his serve in the fourth game to draw level to 2-2. Karatsev earned the decisive break in the seventh game at deuce to take a 4-3 lead and served out the second set 6-4 after saving two break points.

Alexander Bublik edged past Yoshihito Nishioka 6-4 7-6 (7-4). The Kazakh player claimed the first set 6-4 with his only break in the opening game. Both players traded breaks in the first two games of the second set and held their next service games en route to the tie-break. Bublik earned two mini-break in the tie-break to open up a 6-1 lead earning five match points. Nishioka saved three match points but Bublik converted his fourth chance to claim the tie-break 7-4.

Jeremy Chardy battled past Albert Ramos Vinolas 6-3 3-6 6-4. Chardy converted his third break point to take a 2-0 lead in the first game. Ramos Vinolas broke straight back in the third game, but Chardy earned his second break to take a 2-1 lead. The Frenchman saved two break points to serve out the first set 6-4 a four-deuce 10th game. The second set started with a trade of breaks in the first two game. Ramos Vinolas converted his fourth break point at deuce to win the second set 6-3. The decider went on serve until the 10th game when Chardy got the decisive break to seal the third set 6-4.

Alexei Popyrin overcame Dennis Novak 7-6 (7-3) 7-5. Novak got the first break in the 11th game at love earning a set point a 6-5, but Popyrin broke straight back sending the first set to tie-break. Popyrin won the tie-break 7-3 with two mini-breaks. The second set went on serve until the ninth game when Popyrin got a break at 15 to take a 5-4 lead earning a chance to serve for the match. Novak broke straight back to draw level to 5-5, but Popyrin converted his fourth break point in the 11th game to claim the second set 7-5. Popyrin will face Karen Khachanov in the second round. Malek Jaziri advanced to the second round after Jo-Wilfried Tsonga withdrew from the match at 3-3 in the opening set.