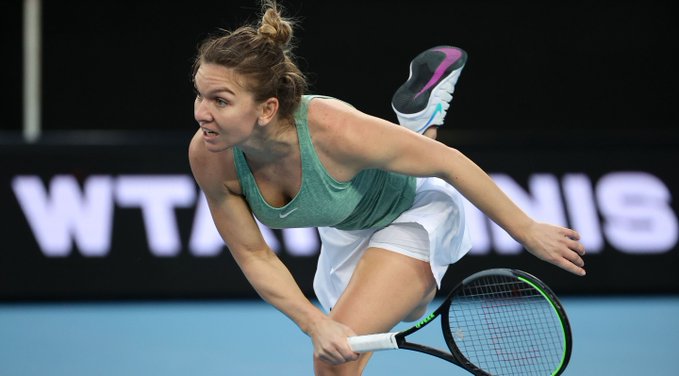 Whilst she is yet to win a title in Melbourne Park the Australian Open still has a special place in the heart of Simona Halep.

It was 10 years ago when the Romanian won her first ever main draw Grand Slam match with a run to the third round of the 2011 event before losing to Agnieszka Radwanska. Since then she has had a mixture of results in the tournament with four first round losses, two quarter-final appearances, one semi-final and one final. Overall, she has won 24 matches at the Australian Open in what is her joint-second highest tally in the Grand Slams.

Perhaps the most memorable match for the former world No.1 occurred in 2018 when she was just a few games away from the title before losing to Caroline Wozniacki in a three-set thriller. Halep’s record is one that provides her with plenty of confidence heading into this year’s tournament but she prefers not to look in the past for one particular reason.

“I have the results in my head every time I come here. I always think if I did once, twice, I have the possibility to do it again,” Halep said on Saturday during a virtual press conference.
“But I don’t want to think that much because I put pressure on myself and I expect maybe too much sometimes. I will take it as a normal tournament, an important one, of course.’
“I’m focused on what I have to do, but I’m not thinking that much about the chances that I have here.”

Halep prepared for the major by playing in the Gippsland Trophy where in what was a mixed performance. She started off well with convincing wins over Anastasia Potapova and Laura Siegemund. However, her run ended on Friday with a comprehensive 6-2, 6-1, loss to Ekaterina Alexandrova.

It was the latest match which has prompted speculation over the current fitness of the 29-year-old who later confirmed that she has been coping with a ‘block’ in her back. Although she insists that it will not have a significant impact on her game over the coming days.

“I struggled a little bit from the air-conditioning with my low back. The muscle got a little bit blocked,” Halep explained. “But I did some treatment last night (Friday), this morning, so I’m getting better now.’
“It’s nothing dangerous. I’m used to it because it happens when it’s that cold. I had it also last year in French Open because it was cold outside. So I’m not very worried, but I’m taking care of it.”

Fortunately for the world No.2 she has been given a relatively generous opening first round draw at the Australian Open where she will play 23-year-old wildcard Lizette Cabrera. Somebody who is yet to crack the top 100 or win a Grand Slam main draw match.

“It’s a big challenge the first round everywhere. I’m very focused. I will train a little bit what I have to do against her. I will just get ready for the match.” Halep commented.

Halep has been ranked in the world’s top 10 continuously since January 27th 2014 in what is the eighth longest run in WTA history.