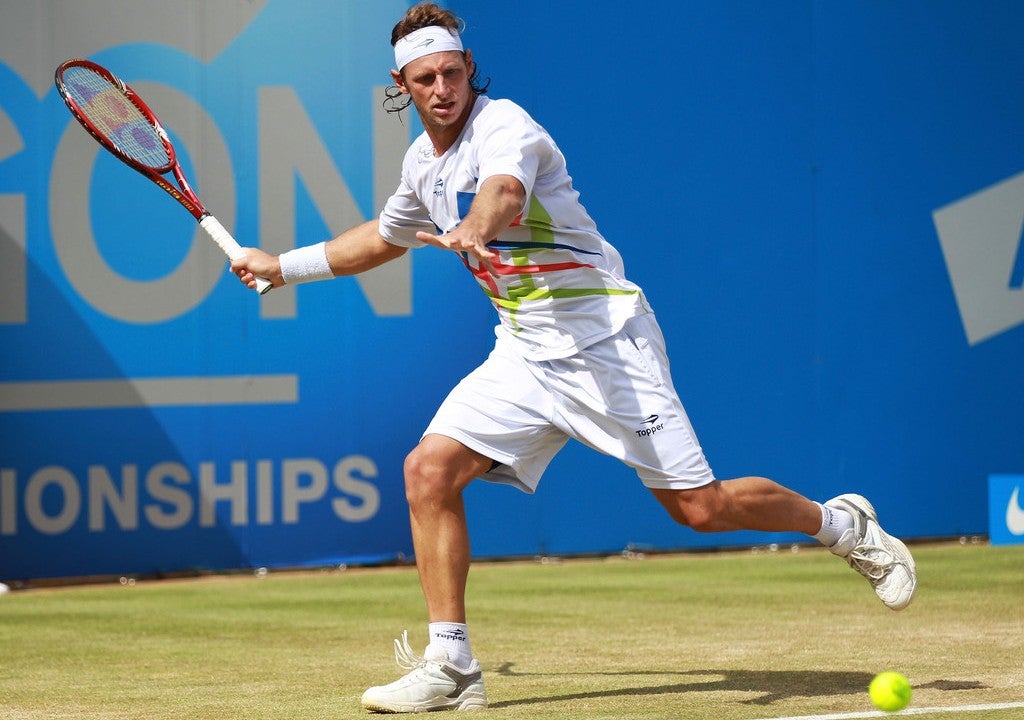 Former world No.3 David Nalbandian believes the next generation of players are already capable of defeating members of the Big Three but it is the mental side of their games which are holding them back.

Novak Djokovic, Rafael Nadal and Roger Federer have been the largely dominant force in men’s tennis in recent years. Between them they have won 58 Grand Slam titles and spent more than 800 weeks at the top of the world rankings. In the last 16 major tournaments to take place the only player outside of the trio to have won a trophy was Dominic Thiem at the US Open last year. Although in New York both Federer and Nadal were absent. Meanwhile, Djokovic got disqualified in the fourth round.

Nalbandian believes that those set to one take over the reign of the Big Three have already previously shown they have what it takes to beat them on the Tour. Referring to the run of Daniil Medvedev at the ATP Finals last year as proof that it is possible. Between 2020-2021 Medvedev won 12 consecutive matches over top 10 players. His streak ended in the final of the Australian Open where he lost in straight sets to Djokovic.

It is belief which the 39-year-old Argentine believes is the biggest factor for the rising stars of the game. Historically only two players have ever scored five or more wins over each member of the Big Three. The first was Andy Murray followed by Thiem last year.

“Most of the players think that they’re waiting for the Big Three to retire,” he commented. “I say, ‘I was already waiting in my time and they’re still around!’ Let’s stop waiting and beat them.”

Prior to his retirement in 2013, Nalbandian had played each member of the trio on the Tour with his biggest success being against Roger Federer. He achieved a total of eight wins over the Swiss maestro who he beat in the final of the 2005 Masters Cup and the 2007 Madrid Masters.

“It’s incredible the way that they adapt to the new players and their age, because they’re getting older,” Nalbandian said. “They’re still on, they’re still focussed, they’re still inspired to keep going. That’s amazing. That’s why there are only three players who can do that. It’s Roger, Rafa and Nole. The others can’t do that. Nobody.”

As for the player who will end their career with the most major titles, Nalbandian has backed Djokovic to achieve the accolade. The Serbian is currently two major titles away from the all-time record which is jointly-held by his two rivals. He is the youngest player of the three.

Nalbandian is back on the Tour this week but as a coach after agreeing to work alongside world No.41 Miomir Kecmanovic.