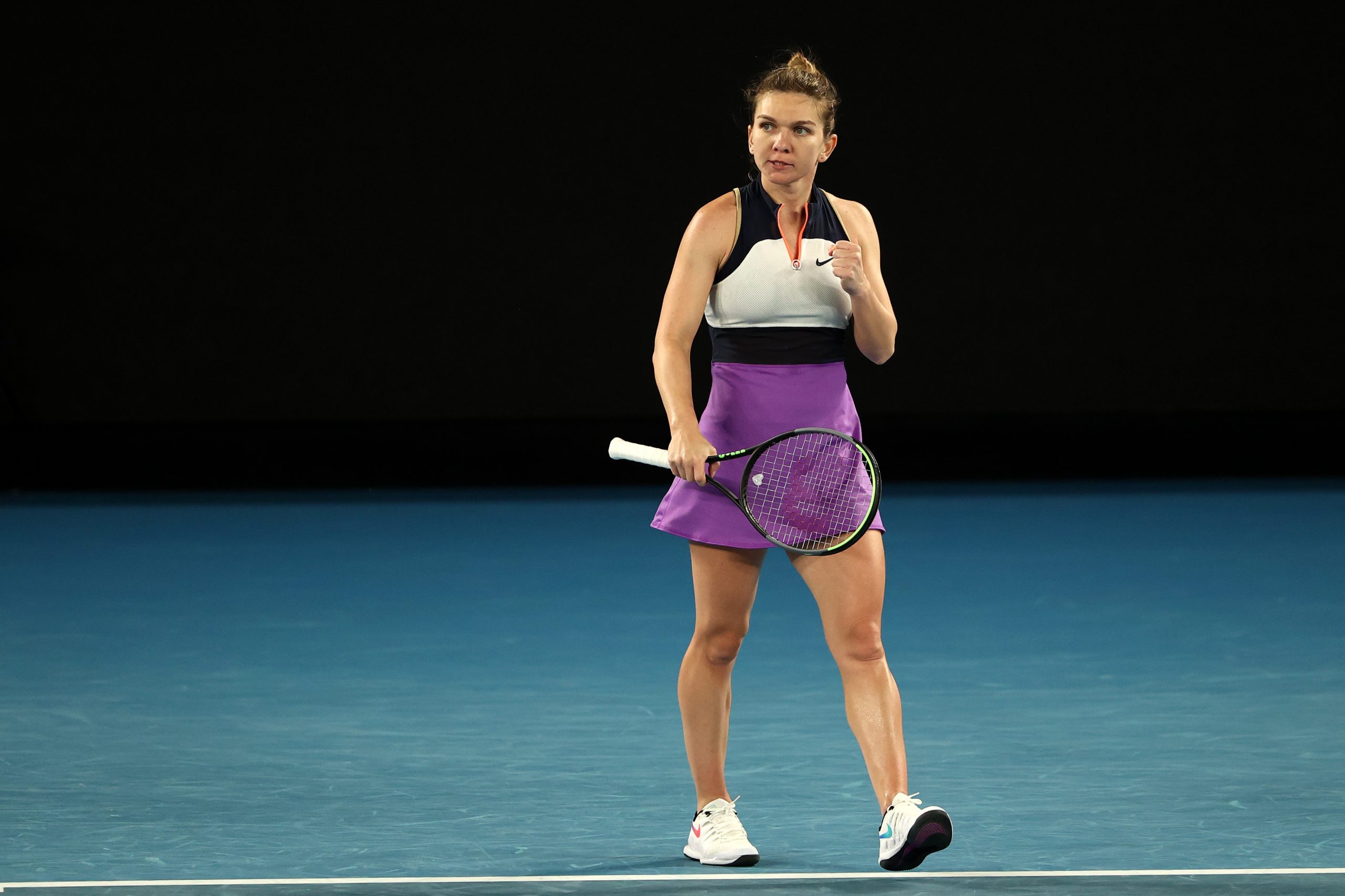 Simona Halep ousted Iga Swiatek in a 3-6 6-1 6-4 revenge win to set up a quarter-final clash at the Australian Open with Serena Williams.

The Romanian got her revenge over the 19 year-old after losing to her at Roland Garros, this time though the match was a three set battle unlike their previous two meetings.

Although Swiatek had the early initiative, many unforced errors and erratic style of play saw the match swing in Halep’s favour.

It was a stunning start to the match, with the opening seven games seeing some great shot-making from both.

Halep’s power and aggression was being neutralised by Swiatek’s control while the Pole’s aggressive play was being counter-punched by the world number two’s ability to produce depth as well as power on the run.

The key point in the opening set, when Halep worked the angles wonderfully to create two break points.

However just like the last two match, Swiatek showed her mental qualities to come through the game and hold for a 4-3 lead.

Then as we’ve seen so many times in Tennis, Swiatek carried the momentum and confidence into the next game as she broke to love for a 5-3 lead.

A lack of concentration from the two-time grand slam champion was her downfall as Swiatek closed out a 39 minute opening set.

In the second set, Halep used her experience and continued to consistently press Swiatek to the back of the court an force her into a lot of errors.

Not only did Swiatek produce technical and tactical errors, there were a lot of mental errors as she looked to rush her shots.

Unlike the first set, where she built the points up, the Pole rushed points and looked to finish them early.

This was part of her downfall as the Romanian eased to a 6-1 second set.

The theme was continued into a final set as Halep dictated the tempo of the match as Swiatek became frustrated at how the match was turning.

Despite losing the opening two games, the reigning Roland Garros champion remained resilient as much more controlled aggression saw her break back.

However there was another twist in this bizarre contest as errors continued to flow from the Swiatek racket as Halep broke to love for 3-2.

Half-chances were created from the Pole but not enough tactical patience in key moments saw Halep use her experience as she held on for a crucial win and her passage into the quarter-finals.

After the match Halep expressed her relief about making the last eight, “I enjoyed this victory, it means a lot,” Halep claimed.

“The Roland Garros match was tough because I didn’t have the rhythm and everything was not going. But today I just tried to do some things better than last time and I’m happy that I could win.”

Simona will now look to keep the momentum going as she takes on Serena Williams in what should be a classic contest on Tuesday.

Related Topics:australian openSimona Halep
Up Next

Novak Djokovic Battles Through The Pain To Australian Open Win