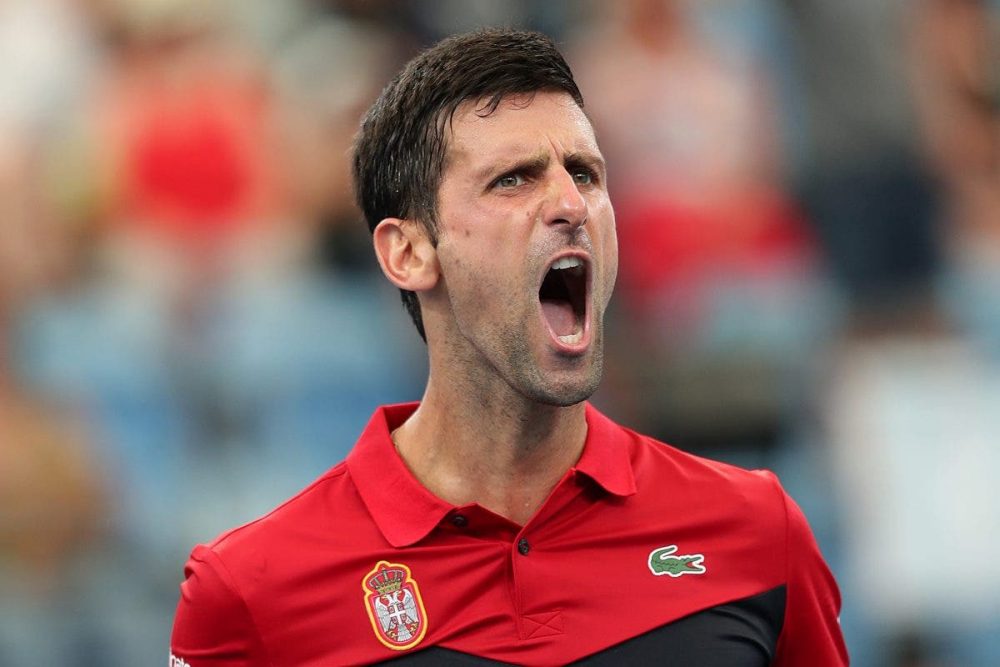 World No.1 Novak Djokovic has reignited his feud with Nick Kyrgios after saying that he only has a limited amount of respect for him.

The 17-time Grand Slam champion spoke out about his frosty relationship with Kyrgios on the eve of the Australian Open. Djokovic has been criticised by his rival on numerous occasions with Kyrgios being one of the biggest critics of the Adria Tour. An event co-founded by the Serbian that took place last summer before being cancelled due to an outbreak of COVID-19. Kyrgios has previously blasted the decision to stage the event during a pandemic which was played in front of crowds. On another occasion in 2019, he claimed his rival ‘has a sick obsession with wanting to be liked’ whilst speaking on the No Challenges Remaining podcast.

Kyrgios’ latest jibe at Djokovic took place last month when he called him a ‘tool’ on social media over a list of suggestions he sent to Tennis Australia chief Craig Tiley which leaked online. In it, he proposed ideas such as the use of more frequent testing in order to reduce the length of strict quarantine and moving players to private housing with tennis courts. Those requests were dismissed by local authorities.

“I think he’s good for the sport. Obviously he’s someone that is different. He goes about his tennis, he goes about his off court things in his own authentic way. I have respect for him. I have respect for everyone else really because everyone has a right and freedom to choose how they want to express themselves, what they want to do,” Djokovic said of Kyrgios.
“My respect goes to him for the tennis he’s playing. I think he’s a very talented guy. He’s got a big game. He has proven that he has a quality to beat any player really in the world in the past.”

Whilst praising the abilities of the world No.47, Djokovic admits that away from the sport he has a very different opinion of him.

“Off the court, I don’t have much respect for him, to be honest. That’s where I’ll close it,” he added.

On the ATP Tour Djokovic is yet to score a win over Kyrgios after losing both of their meetings in straight sets during 2017. The Australian is one of the few players to have recorded a win over every member of the Big Three.

The top seed in Melbourne Park will start his Grand Slam bid on Monday when he takes on France’s Jeremy Chardy who he has beaten in all 13 of their previous meetings. Djokovic has already won the Australian Open title more times than any other player male player in history. He is chasing after the all-time Grand Slam title record which is currently held by Roger Federer and Rafael Nadal who are on 20.

“When I stepped on the court (at Melbourne Park) this year for the first time in the practice session, I relived some of the memories from last year, also the other years that I won the tournament here,” he said.
“It just gives me great sensation, great feeling, confidence. It feels right. It feels like the place where I should be and where I have historically always been able to perform my best tennis.”

Djokovic’s match session against Chardy will take place at night on the Rod Laver Arena.