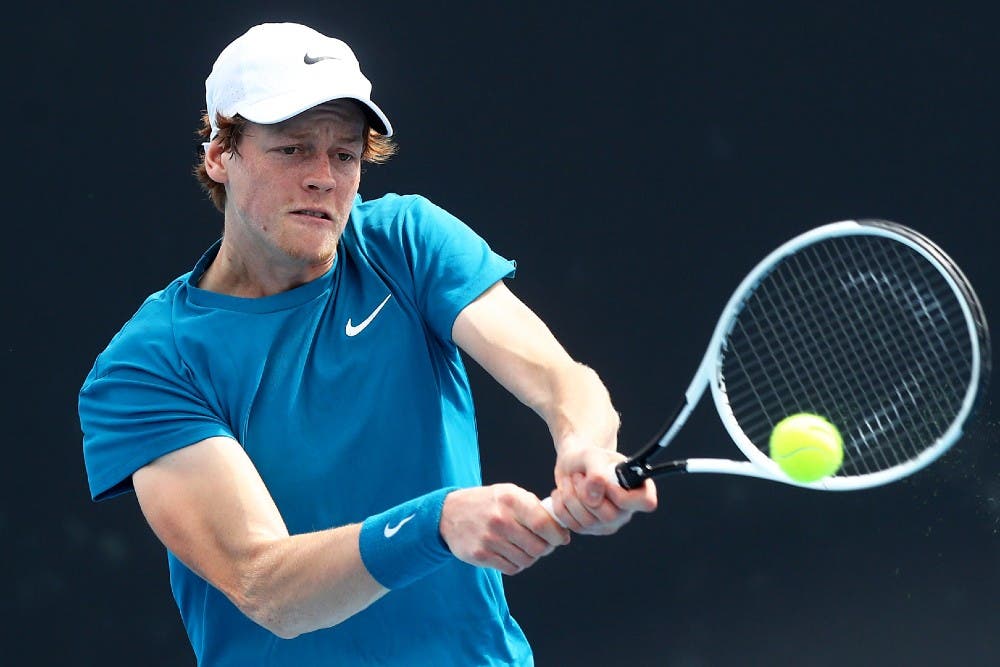 Teenage sensation Jannik Sinner has secured another confidence boost ahead of the Australian Open by claiming his second ATP title.

The 19-year-old fourth seed ousted compatriot Stefano Travaglia 7-6(4), 6-4, to win the Great Ocean Road Trophy in Melbourne on Sunday. Despite the straight set win Sinner endured a stern test that lasted more than two hours. In the opener the Italian had to battle back from a 1-3 deficit to clinch the opener in a tiebreak. Then in the second frame he exchanged breaks with Travaglia twice before he managed to break once again for a 5-4 lead. Closing the match out with a love service game.

“It can happen that you feel a bit tired, a bit in tension, not in a perfect way, and for me that was in the second set,” the world No.36 commented afterwards.
“I just tried to stay there, tried to play every point, which I’ve done in important points, I guess I was serving quite okay today. I think somehow you have to find a solution, which I’ve done today, and for that I’m very proud.”

Sinner is now on a 10-match winning streak after ending his 2020 season by winning the Sofia Open in what was his first ATP title of any kind. He has now become the youngest player on the ATP Tour to win multiple titles since Novak Djokovic in 2006 and the youngest to win back-to-back trophies since Rafael Nadal in 2005. He has been a hitting partner for Nadal in Australia.

“I think the ending of a year and the beginning of a new year, it’s a bit different. I think we’ve made a good preparation, tough preparation, and obviously tomorrow is starting already a new tournament, a new week, new feelings.” he said.

There will be no time for Sinner to celebrate his latest triumph as he is set to start his Australian Open campaign in less than 24 hours. Unseeded in the draw, he faces a potentially tricky encounter with Denis Shapovalov in what will be a battle of the young guns. Shapovalov participated in the ATP Cup where he lost to Djokovic and Alexander Zverev.

“It’s a tough match for sure against Denis,” Sinner admits. “Just see how the match is going,and obviously it’s going to be an interesting match. We are both very young players and I’m just excited.”

Sinner is set to rise to a ranking high of 32 in the ATP rankings.